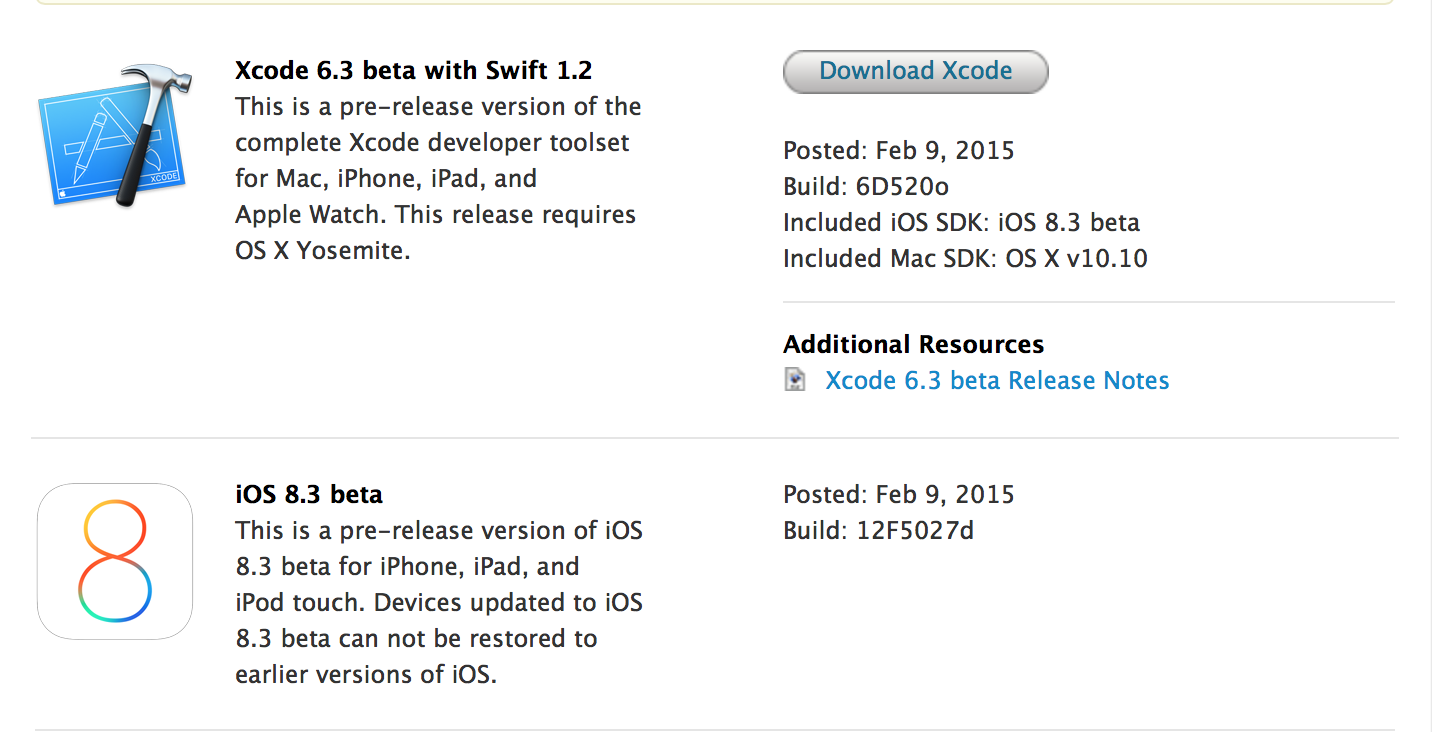 While iOS 8.2 is not even in the hands of consumers yet, Apple has just seeded the first build of the upcoming iOS 8.3 to developers. Apple has not yet disclosed what iOS 8.3 brings to iPhones, iPads, and iPod touches, but we’ll keep you posted. We previously reported that iOS 8.2 will be released in March, before the April release of the Apple Watch. Earlier today we reported that iOS 9 will bring many bug and stability fixes later this year. We first reported last year that iOS 8.3 would be launching this year.

Additionally, Apple has released Xcode 6.3 beta to developers including Swift 1.2, a significant update to its programming language.