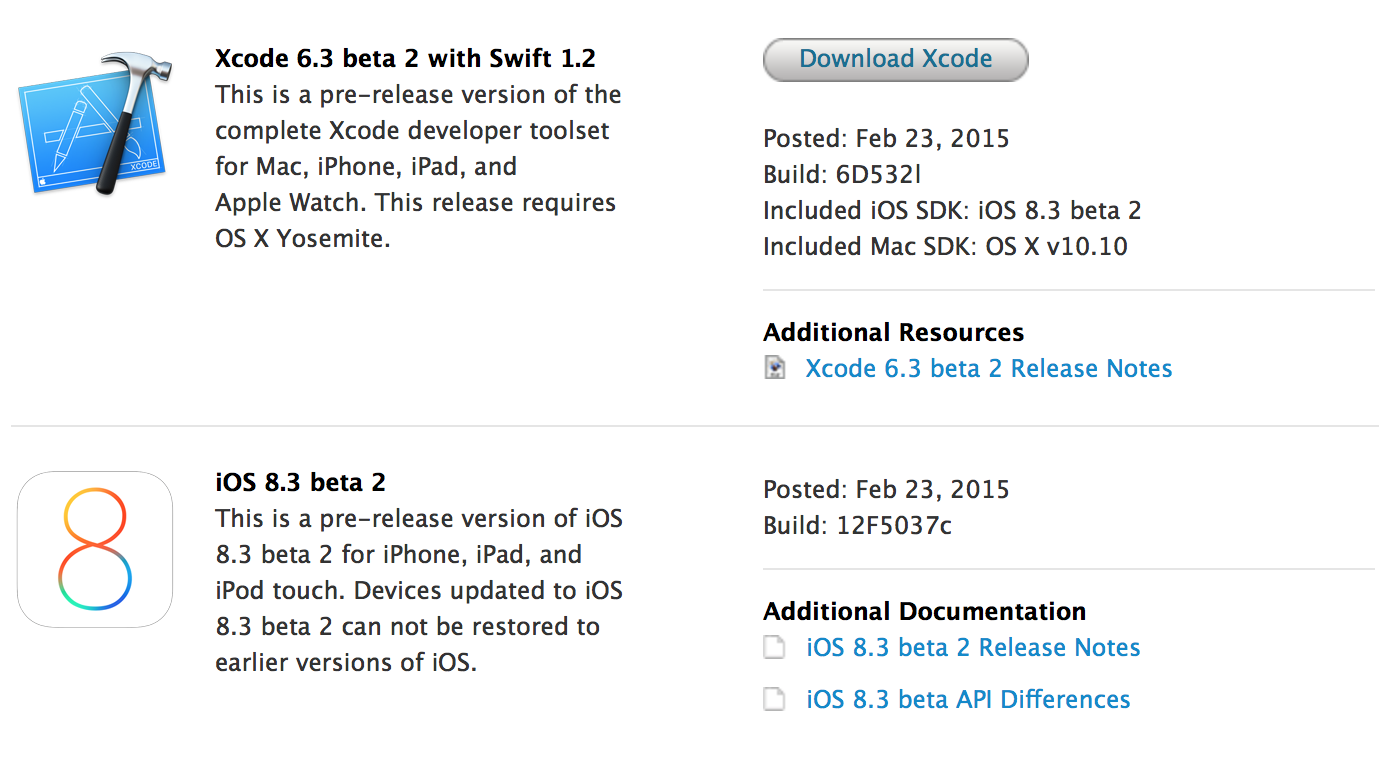 Two weeks following the first beta, Apple has released iOS 8.3 beta 2 to developers for the iPhone, iPad, and iPod touch. As we reported upon the first beta, the upcoming release includes a Wireless CarPlay feature, a new Emoji picker, improved login for Google services, an updated voice for Siri, and support for Apple Pay in China. iOS 8.3 is coming later this year, and sources say that Apple will release a public beta of iOS 8.3 alongside the third beta in mid-March. Apple is also working on iOS 8.4 with a new streaming music service and iOS 9.0 with bug fixes and performance enhancements as a tentpole feature. iOS 8.2, which currently stands at beta 5, will be released in March. There won’t be additional developer betas, sources say. Apple today also released a second beta of OS X 10.10.3 with the new Photos app. We’ll keep updating this post as new features are found in the latest beta. Apple has also released a new beta OS for the Apple TV.

– Verizon LTE Voice is not supported on this 8.3 beta

– “The dialog that appears when connecting an iPhone to a CarPlay-compatible car is not functional,” according to the release notes.