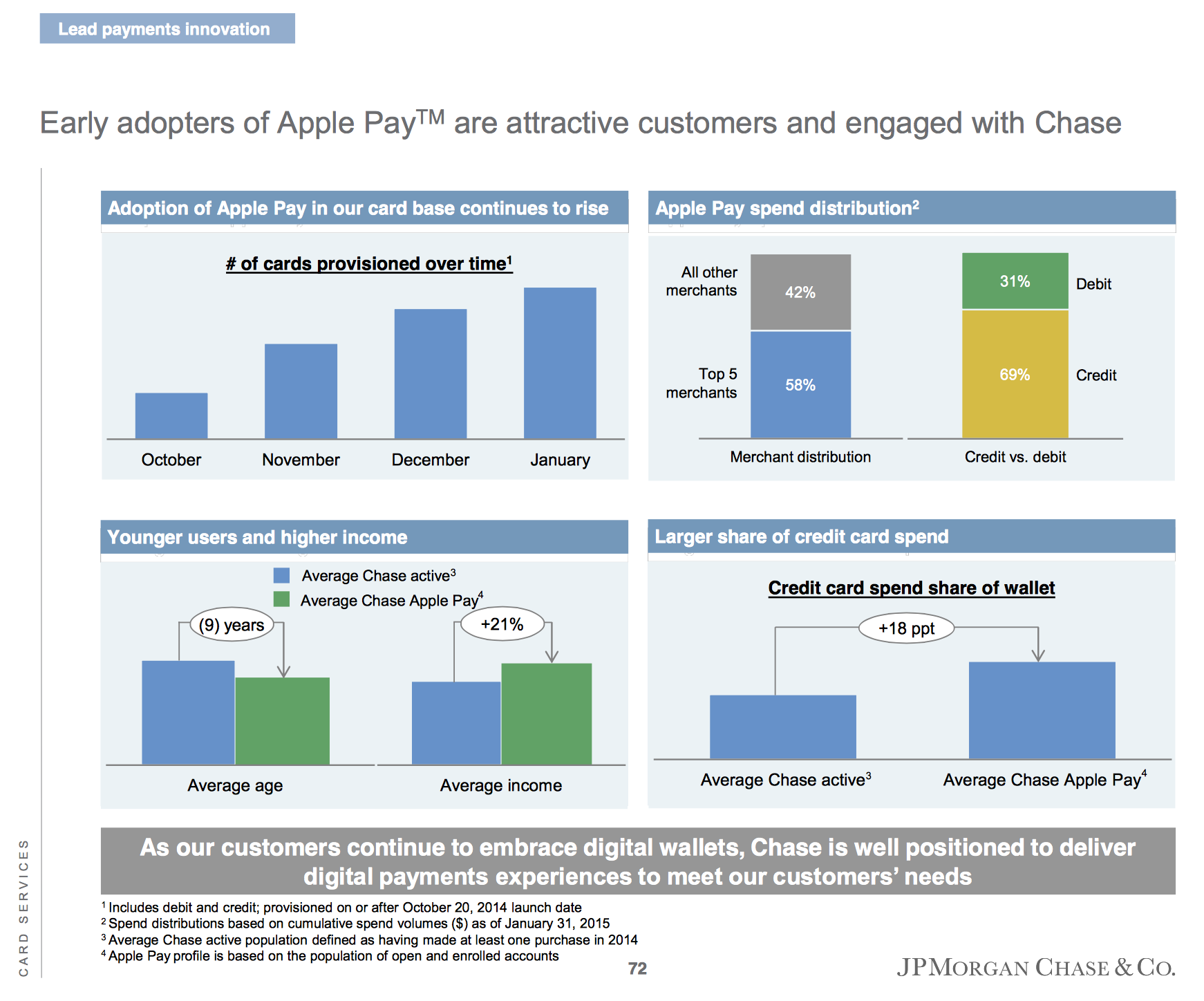 During a conference call with JPMorgan Chase investors today, executives announced that Chase Bank has activated over one million Apple Pay accounts since the service launched last year (via AppleInsider). The bank revealed some statistics about who’s using Apple Pay with their Chase cards, and how they’re using it.

Chase found that the average Apple Pay user is nine years younger and makes 21% more money than its average customers. Apple Pay users also used their credit cards more often, and were more likely to add a credit card than a debit card to their account.

Earlier this month Apple added support for 19 new banks, bringing the total number of financial institutions supporting Apple Pay to over eighty. Just a few weeks before that 15 additional banks were added to the lineup.