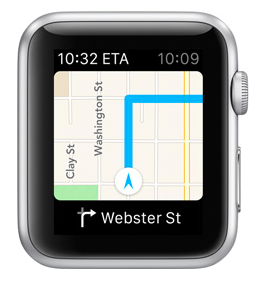 Apple has recently added two new companies to its list acknowledging data providers for Apple Maps. The two latest additions, GasBuddy and GreatSchools, first spotted by applemapsmarketing.com, are likely a sign that Apple intends to add additional features or points of interest to its maps apps for iOS and Mac.

GasBuddy is a service that aggregates data from local websites to offer up to date information on gas prices, while Great Schools gathers data and reviews for local schools.

Apple has continued to add data providers to Maps since first launching its own Maps app to replace Google Maps back in 2012. Signs of its two latest additions do not seem to have appeared in the app yet, but we can only assume additional features related to gas prices and schools are on the way.

Other improvements Apple has made in recent months include the expansion of its Maps Connect features for small businesses and the addition of new 3D Flyover locations and other data. We’ve also had hints at Apple’s plans to improve the app with crowdsourcing features, Siri and Passbook integration, and Waze-like incident reporting and real-time traffic alerts.