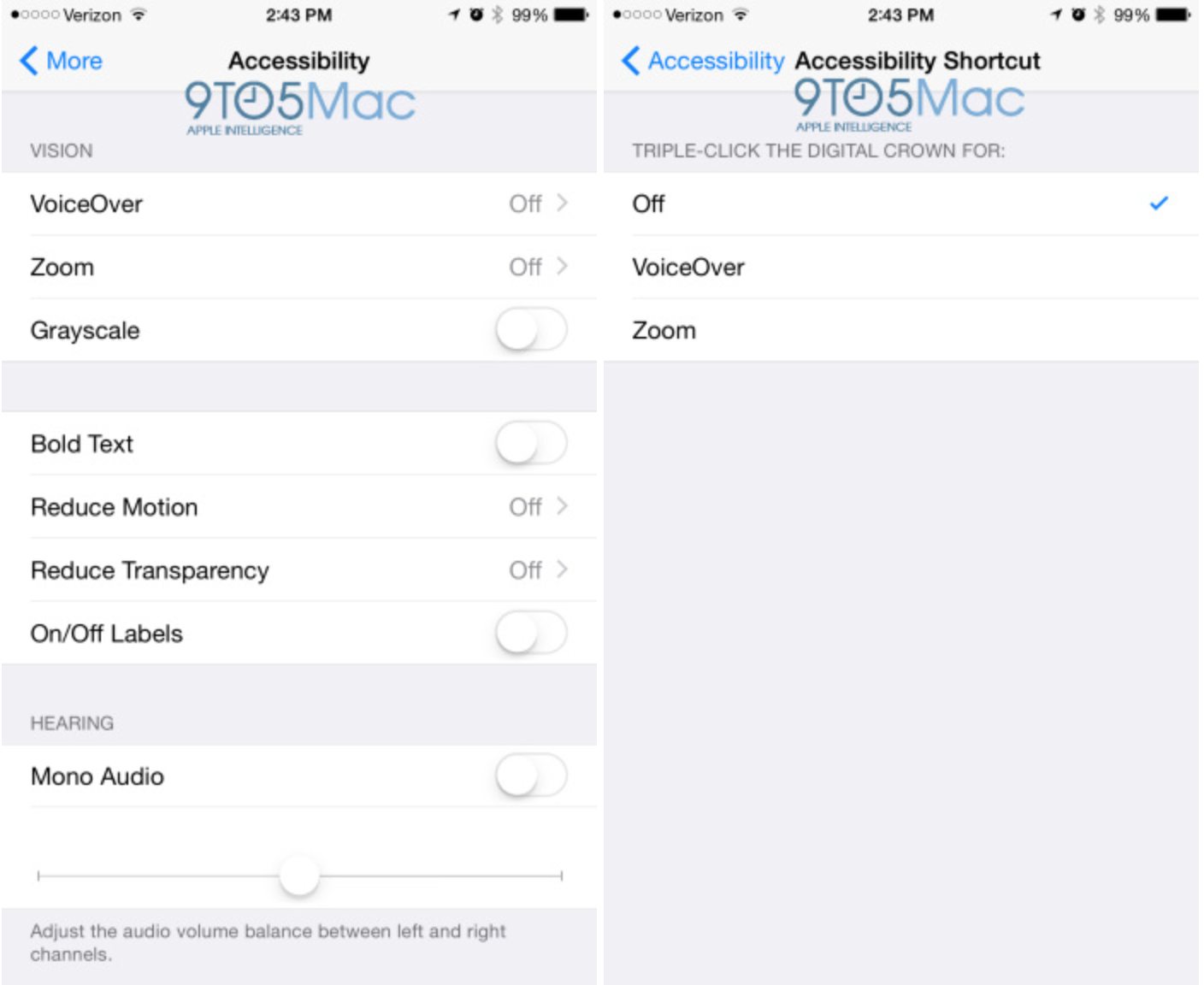 Apple told employees during a week at the flagship Berlin Apple Store in Germany that the company will increase its focus on product accessibility by putting executive Lisa Jackson in charge of the efforts, according to people in attendance. Asked by an Apple Store employee if the Apple Watch will include accessibility features, Cook reportedly replied:

Yes is the short answer. In every product we do, we want it to be accessible for everyone. This is not something that we sit around and figure out what the ROI is. I can give a rats what the ROI is. It’s one of those things that goes in the just and right column. So we want all of our products to be accessible. In the point that you we are on, I think we need to raise the awareness of accessibility, and I’ve asked Lisa Jackson to work on this. She’s done a great job on the environmental impact, and I tend to think we can do the same thing with accessibility and create an even better environment than what other companies do. The Watch will start with doing some things, but it will become better at more things over time. You can make a call from the Watch… You can interface with Siri. Siri with this point comes back in a textual mode, but we’d like to do something different with that over time. But it’s cool for all of us, but I think it is going to be profound for some people. More on this.

Lisa Jackson joined Apple in 2013 as its Vice President of Environmental affairs, previously serving as the head of the U.S. Environmental Protection Agency. Jackson’s experience in raising awareness of global issues, combined with her government and industry connections, makes her a prime candidate for boosting Apple’s efforts in accessibility…

While Cook did not go into detail about the Watch’s Accessibility features, the Apple Watch Companion application that we detailed earlier this year sheds some light on Apple’s plans. Here are the bullet points for accessibility that we covered in that earlier article:

As Cook said, more enhancements will come over time in future generations of the Watch’s hardware and software. For context, Apple tends to add new accessibility features to iOS for the iPhone and iPad year-after-year via the major annual upgrades. The National Federation of the Blind notably has said that Apple “has done more for accessibility than any other company.”

On the topic of raising awareness of global issues, Cook is said to have said that “Apple is investing in education like never before.” Cook said that Apple is moving to lift “underserved and underprivileged” students by supplying Apple products. “The early results are very heartwarming,” Cook told employees at the Germany meeting. Cook also said that Apple is working on improved career development programs to bring more people out of universities to Apple.