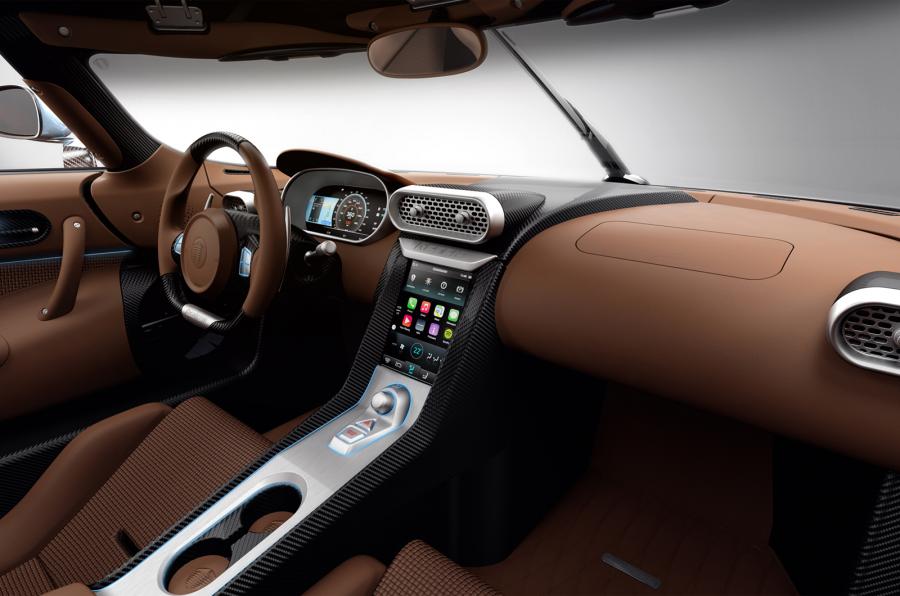 You’d think putting three electric motors into a sportscar to generate a total of 697bhp would be pretty impressive in itself, as would a 1085bhp 5-litre V8 gas engine, but no: Koenigsegg had to combine the two. The exclusive Swedish supercar manufacturer’s new Regera hybrid delivers a total output of 1782bhp.

With all that power, it might be a little hard to hear the stereo over the engine noise and tire screeching, but Koenigsegg has fitted a CarPlay unit to the car for those times when you’re taking things a little easier …

As you’d expect from Koenigsegg, the Regera isn’t going to be cheap. They are making just 80 models, and the base price is a cool $1.89M. I’ll let them know my address for the review model …

Apple introduced wireless CarPlay to iOS in the 8.3 build seeded to developers earlier this month. It is likely to be available in some rather cheaper cars in the future thanks to a touchscreen-free option from Harman.

You can also buy compatible aftermarket stereos from Pioneer, Alpine, and Kenwood–a route you may need to take if your next car is going to be a Toyota. You could also skip CarPlay altogether in favor of an Apple Watch … or wait for the hypothetical Apple Car.