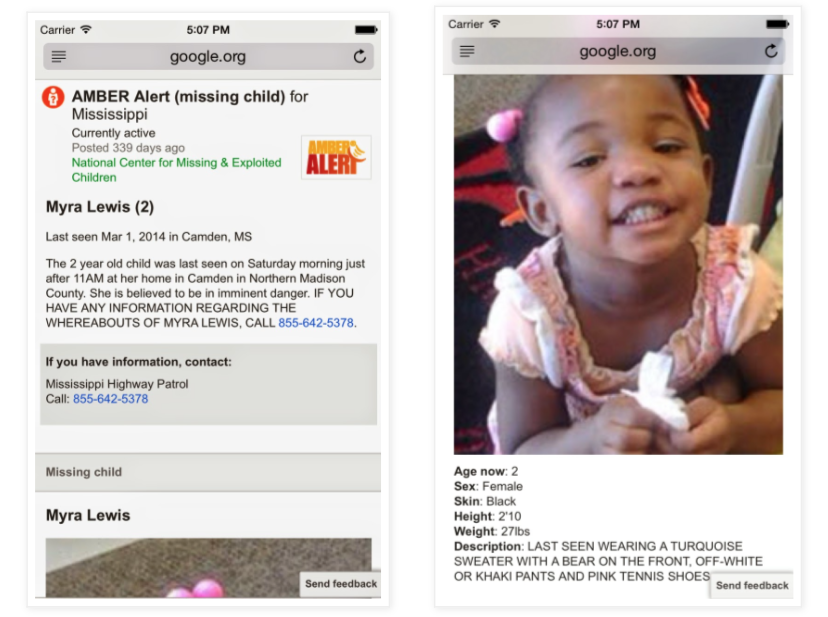 Waze, the free crowdsourced navigation and traffic app, is to get AMBER alerts in the U.S., helping users look out for missing and abducted children. You’ll only see alerts for children in your local area, and for safety reasons details will only appear once your vehicle has been stationary for at least ten seconds.

AMBER alerts are created by law enforcement agencies to quickly alert members of the public to children who have been reported missing or are believed to have been abducted. Waze says the app will scan for new alerts every ten minutes, though once you’ve dismissed an alert it won’t be shown again for a further week.

Alerts will display all the information available, which will normally include a photo of the child, their name, age, description, where they were last seen, what clothing they were wearing and details of any vehicle known or believed to have been involved.

The update is expected to roll out shortly in the U.S. only. Waze is a free download from iTunes. It was last updated in December, with an iOS widget and improved traffic data.

Facebook added AMBER alerts to its mobile apps in January.