Ahead of likely Apple Watch and Apple Pay announcements on Monday during Apple’s ‘Spring forward’ event, Apple has spruced up the main Apple Pay site to further highlight the Watch’s compatibility with Apple Pay and clarify frequently asked questions about the service for merchants. Changes to the site include a dedicated page for finding out where to use Apple Pay, and a new FAQ support document to help merchants learn about Apple Pay and start accepting the mobile payment service.

When the Apple Watch hits the market in April, a lot more people will be suddenly able to use Apple Pay in stores than ever before. That’s because the Apple Watch will enable iPhone 5, 5c, and 5s owners to use the mobile payment service from their wrist with all merchants that accept Apple Pay. Using Apple Pay in stores currently requires upgrading to a new iPhone 6 or 6 Plus.

The new Apple Pay: Merchants FAQ answers several questions businesses may have about getting started with Apple’s form of payment. The document lists a number of payment service providers that work with Apple Pay including Global Payments, TSYS, and WorldPay. It also addresses merchants with NFC/contactless payment-cable terminals that may not be able to accept Apple Pay yet (Apple says to ask the payment service provider to enable support).

Also addressed in the FAQ is how Apple Pay handles fraud, fees, and returns, and merchants can actually call an Apple Pay support number at (800) 854-3680 to learn more about accepting the payment option.

Will I be liable for fraud on Apple Pay transactions? 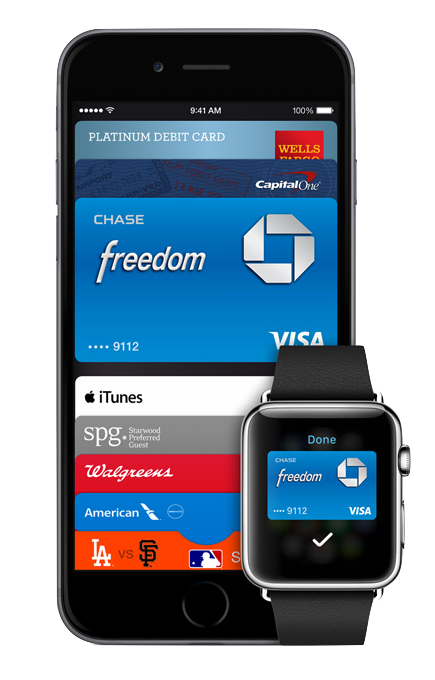 The document is important as it shows Apple is putting its money where its mouth is with working to make Apple Pay available in more places, something I’ve written about as a usability concern. Apple SVP Eddy Cue previously stated that Apple has “a lot of work to do” to fully launch Apple Pay with retailers.

For users, the refreshed Apple Pay landing place now makes it easier to find which merchants specifically support the mobile payment service, something which new Apple Watch owners will want to know. Previously the ‘Where to use Apple Pay’ section was a smaller space on the site; it has now grown into its own page highlighting both merchants and apps.

If you’re looking to dive into using Apple Pay with your iPhone 6 or 6 Plus or future Apple Watch, you can check our latest list of banks that support Apple Pay. We’re also maintaining a running list of merchants and apps (which the iPad Air 2 and iPad mini 3 support) that accept Apple Pay.