Opinion: Why I’m not the target for the new ultra-portable MacBook, but most MacBook Air owners are 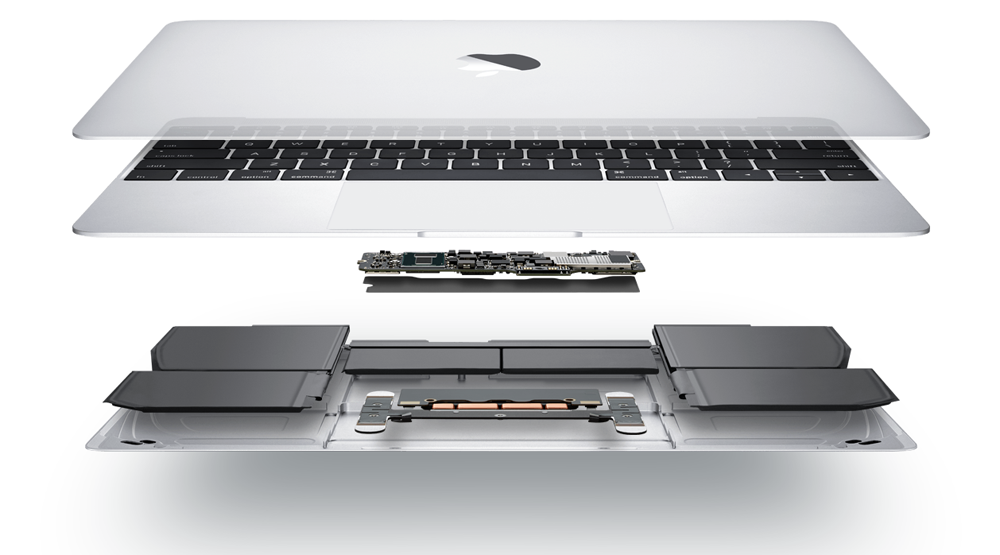 Mark Gurman nailed it, so there were few surprises for 9to5Mac readers in yesterday’s launch of Apple’s new, ultra-portable 12-inch MacBook. But one thing we didn’t know for sure then was whether the new machine would be a cut-down, entry-level MacBook or a high-spec premium one.

The answer, we now know, is neither–or both. It’s cut-down in some respects, specced-up in others. A lower-spec CPU, but more RAM and SSD storage. A lower-spec GPU, but a higher-res screen. It loses Thunderbolt, but gains USB C. Clever things done with battery space and power-efficiency, but potential gains in battery-life wiped out by the smaller, thinner form-factor.

It makes for a slightly odd positioning in the line-up …

In particular, it makes the MacBook Air now seem like an odd name, now there’s something even … airier. I was curious to see how Apple would lay out the Mac line-up when the website came back online, and the answer is that it places it at the left-hand side of the laptops, where you might expect the entry-level machine to be found.

But then Apple doesn’t entirely follow that low-to-high structure within each range anyway, otherwise the Mac mini would be to the left of the Pro.

So we’re left with a somewhat odd mix.

Apple has effectively swapped 'MacBook' and 'MacBook Air'. What used to be thinner, premium is now thicker, cheap http://t.co/Kgl3hm6Ozm

I wondered back in January whether the new machine was going to represent the future of MacBooks: sleeker, almost portless machines relying predominantly on wireless connections to other devices. I concluded then that it probably represented Apple’s vision of the future, but the company wouldn’t be expecting all of us to give up our high-speed wired connections just yet.

So who is this machine aimed at today? Let’s start with who owns the MacBook Air today. I think there are three types of owner, and typical 9to5Mac types are going to be the smallest group.

We’re largely the techies who have made a carefully-considered choice to balance out our needs for power and portability, and have settled on a MacBook Air–almost certainly not a base-model one–as the best fit. In my case, my main machine is my beloved (and heavily upgraded) MacBook Pro 17, but I still want to do some photo and video work on my 11-inch MacBook Air, so I’ve gone for the higher-spec one.

For most techies, the new MacBook is going to be too great a compromise in terms of performance–we’re not going to pay a premium price for a 2015 machine with the power of a 2012 MacBook Air. We also don’t want the hassle of a bunch of dongles to attach our external devices. But I think you and I are relatively irrelevant in terms of numbers.

Second, there are the price-sensitive. They need a laptop, want a Mac and the base-model Air is the one they can afford. They have enough money that they can afford a $900 Mac rather than a $400 Windows machine, but it’s a stretch for them. These people are not the market for the premium price of the new MacBook.

Third, we have the well-heeled non-techy buyers who could afford any MacBook in the range but have very undemanding needs. They buy the Air not because it’s cheaper than the Pro but because it does everything they need and they want the sleekest possible form-factor. These people are the market for the new MacBook.

This is the exact subset of people who were the target of the original MacBook Air in 2008.

I don’t know how the numbers break down between the price-sensitive and the well-off, but I’m going to hazard a guess that well-off non-techies are actually the largest of the three groups by some considerable margin. Which means that that majority of current MacBook Air owners are the target market for the new MacBook.

For them, I think it’s going to be a no-brainer. They don’t care about CPU, GPU or ports. They care that it’s sleeker and newer. Plus it gives them a choice of color. If they can afford it, there is–in their eyes–no possible reason to choose the Air over the new MacBook when they next upgrade.

So, while I don’t expect too many 9to5Mac types to buy one, I think there’s little doubt that it’s going to be a massive hit. Am I right? Vote in our poll, and let us know your views in the comments.