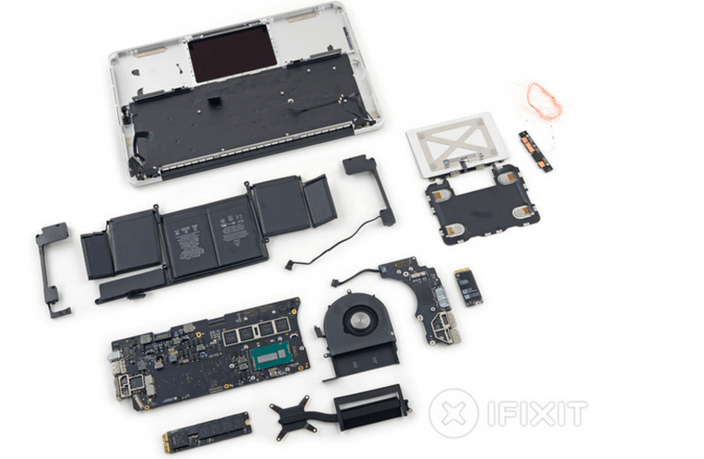 On Monday, Apple’s 13-inch MacBook Pro received an update alongside a refreshed MacBook Air lineup and with it gets the new Force Touch trackpad that Apple debuted on its brand new 12-inch MacBook this week. The trackpad doesn’t actually push in like previous generations, but it provides enough haptic feedback to provide a similar and reportedly improved experience. Here’s what was discovered in the teardown …

Apple’s “Taptic Engine” is powered by an array of electromagnets that rapidly push and pull against a metal rail mounted beneath the trackpad, to create a tiny “buzz” of feedback with each click (and a second buzz for a “force click”)…  Based on the wiggly pattern of traces stuck to the metal tabs, we’re pretty sure the magic pressure sensors in the new Force Touch trackpad are tiny strain gauges. Mounted on flexing metal supports, they detect the amount of flex on each—and based on that, the force from above. 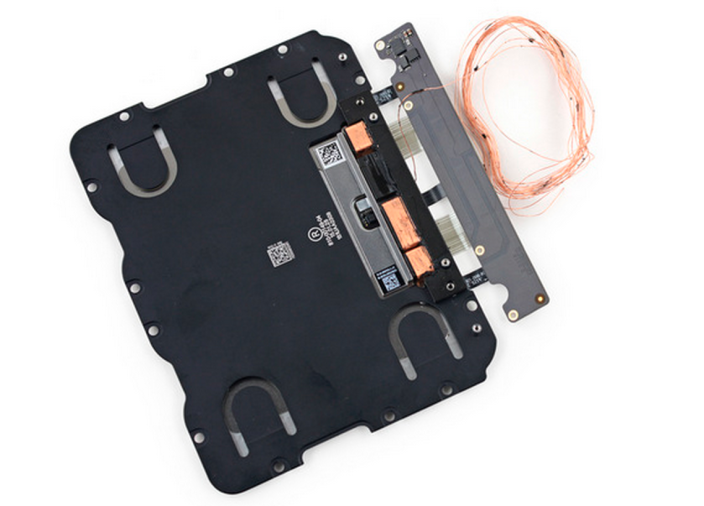 The teardown also discovered a couple chips being used for the new trackpad, including: an ST Microelectronics 32F103 ARM Cortex-M based microcontroller and a Broadcom BCM5976 touch digitizer.

iFixit gives us its usual rundown on internal components, some of which aren’t disclosed by Apple:

Apart from the fancy new trackpad, though, the MacBook Pro earns a 1 out of 10 repairability score from iFixit for what it called a “gluey mess of a battery, soldered RAM, and other proprietary problems.” Don’t expect any repairs of the new trackpad to be easy, either: “the battery covers the screws holding the trackpad in place, meaning it’s impossible to replace the trackpad without first removing the battery.”