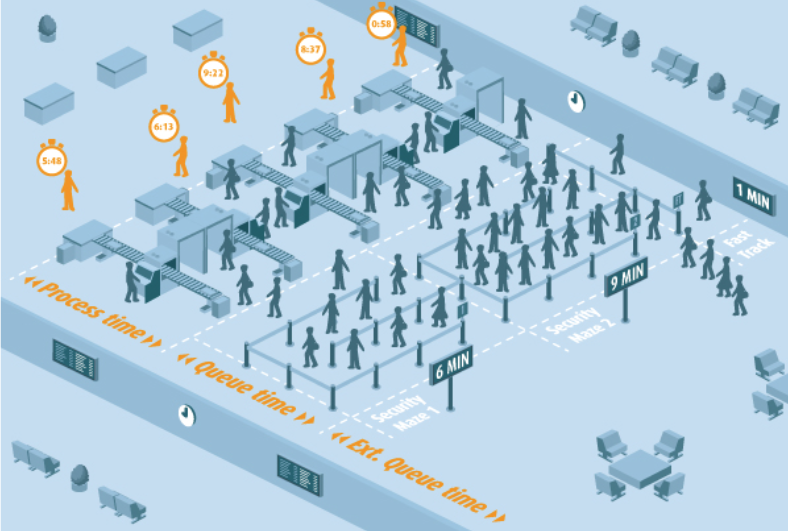 Cincinnati/Northern Kentucky International Airport says that anonymously tracking smartphones through airport security has enabled it to cut the average waiting time by a third.

The system, developed by Danish company Blip Systems, scans both WiFi and Bluetooth connections to look for MAC addresses of mobile devices passing through security. Counting the number of devices in each queue enables the system to estimate the length of the queue. The queue length is displayed to passengers in minutes, so they can choose which queue to join, and also used to help the airport allocate the right number of security personnel.

Blip says that it anonymizes this data, and only uses device counts. You might think iOS 8 users don’t have to take the company’s word for it since Apple introduced MAC address spoofing when scanning for networks, but the protection offered by this was last year shown to be rather limited.

The same system is used in a number of other airports around the world, but this is the first time it’s been used in the USA.