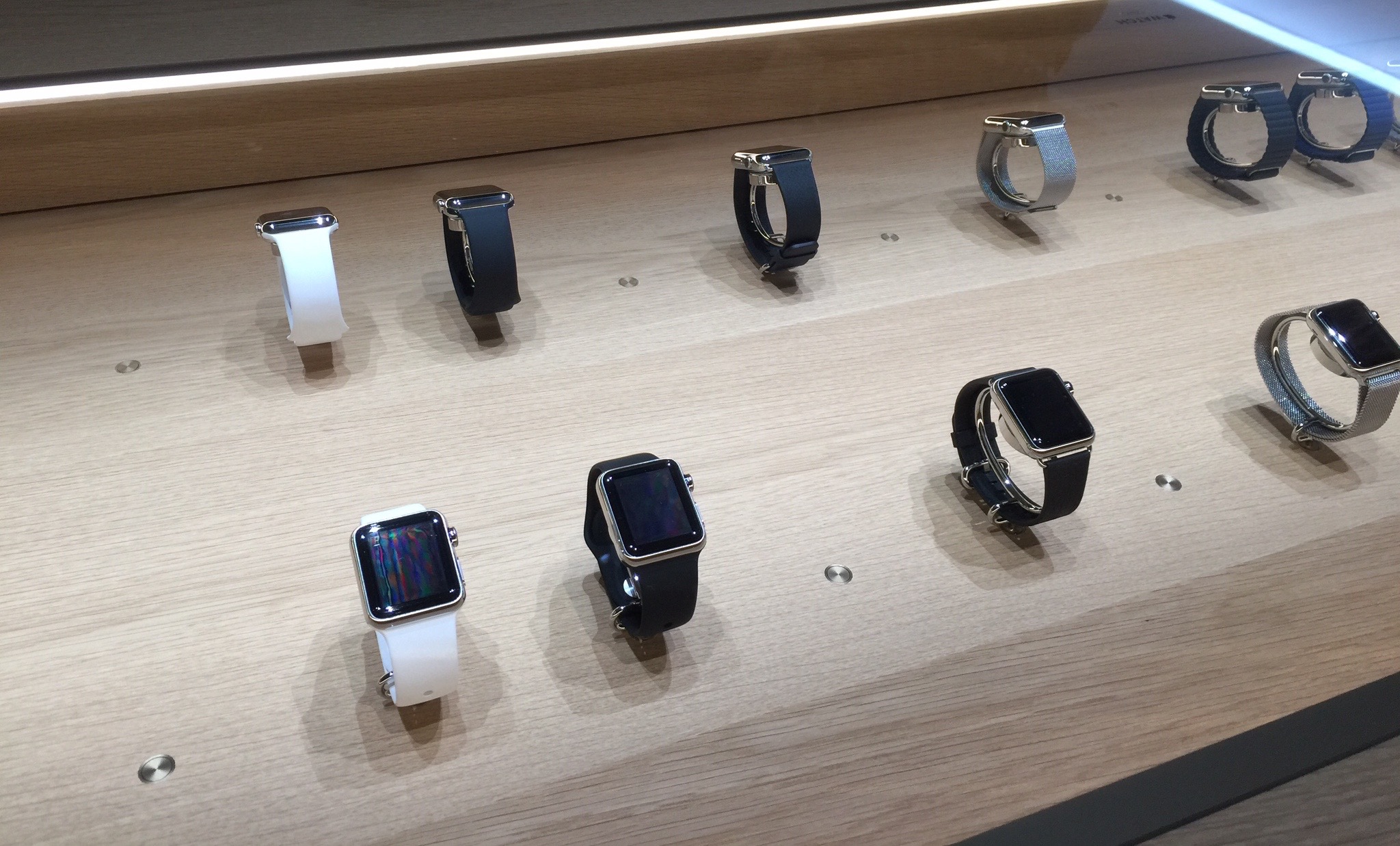 Apple will introduce several major initiatives to ready its retail stores for the Apple Watch’s launch in April, according to sources briefed on the upcoming changes. Starting on April 10th, Apple will allocate 15 minutes per customer for in-store try-on appointments, using 10 or more try-on stations to manage what’s expected to be a steady flow of customers interested in having hands-on time with the Watch. While customers will not necessarily be required to have an appointment, they will be time-limited and guided during the hands-on experience. Additionally, they will be given the opportunity to place a reservation at the time of try-on for a particular model, and make a follow-up appointment to pick the watch up during the April 24th launch date. Stores will also have launch day stock for walk-in appointments.

Each Apple Store will be provided with a special-hands on table filled with Apple Watch demo units, as Apple announced at its keynote earlier this month. Most stores will be provided one table with at least 10 surrounding Apple Watch try-on stations, while some Apple Stores will be given more tables to meet demand. Apple Stores will begin setting up the Apple Watch tables on April 9th and 10th during special overnight sessions for employees. Employees will also begin a few hours of more extensive Apple Watch training in the coming days, a follow-up to secretive training some employees received before the Spring Forward event at locations in Cupertino, Los Angeles, Austin, and Atlanta.

To offer more personalized attention for certain Apple Watch customers, Apple will split its retail staff into four “zones” when hands-on trials and sales begin. The first set of retail employees will be stationed at the Apple Watch try-on areas to assist customers in trying on the aluminum Apple Watch Sport or stainless steel Apple Watch. A second zone is for sales, and will include two lines: one for people who know exactly which Apple Watch they want to purchase, and another for those who still are undecided about the right watch casing and band choice. The third group of employees will answer general questions about the Watch’s functionality and explain features.

During the preview sessions beginning on April 10th, between 75% and 90% of store retail staff will be allocated to assisting customers with the Apple Watch. The amount of employees allocated to Apple Watch sales will differ daily based on store Apple Watch inventory numbers, according to the sources. Apple has also considered utilizing the same new text-message based appointments system as its Genius Bar to organize Apple Watch try-on appointments. This would allow a person without a pre-scheduled time to receive a text message as a walk-in appointment when there is time for them to view the Watch. However, it is not yet confirmed if Apple will use this approach from the beginning for the Watch.

With the Apple Watch’s launch approaching, Apple has already begun promoting the device in stores with large banners with images similar to those on Apple’s website and in a recent issue of Vogue magazine. While these details provide insight into how Apple Store Watch sales will be structured, we also previously reported on Apple’s sales pitch for the device. According to sources, Apple will utilize a soft-shell sales approach that focuses on the device’s three key features (Health & Fitness, Communicating, and Timekeeping), bands and accessories, and iPhone hardware upgrades. Apple, as soon as next week, will launch a new trade-in program for Android users to more easily upgrade to iPhones compatible with the Apple Watch.