Yosemite & iOS 8 How-To: Record video from your iOS device on the Mac 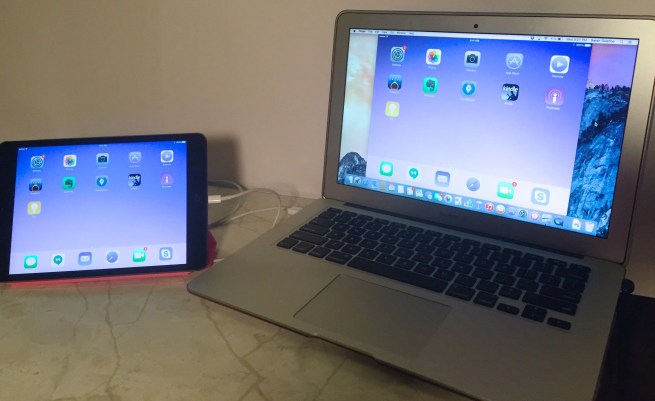 Have you ever wanted to create an iOS gaming video or a tutorial of how to use your iOS device? Now, with Yosemite and iOS 8 you can record and make a video of what you are doing on your iOS device using your Mac. Here’s how:

To get started open up the QuickTime app included with your Mac. Then in the upper left hand corner where your menu bar is located, click on File and then select New Movie Recording, or press Command-Option-N on the keyboard. 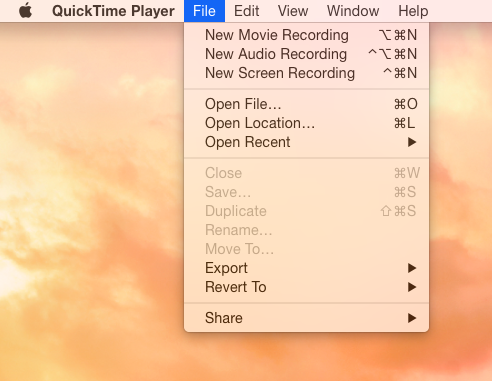 QuickTime opens up and immediately you see yourself on the computer screen if you have a web cam built-in or connected. Next to the record button, there is a drop down menu. Selecting that will give you the option to change which camera you are using, either the one that’s built -in directly into your Mac or the iOS device. Select the iOS device to use that as the source. You also have the option to choose which microphone you want to use for the recording, either the one that’s connected to the computer or the one from your iOS device. 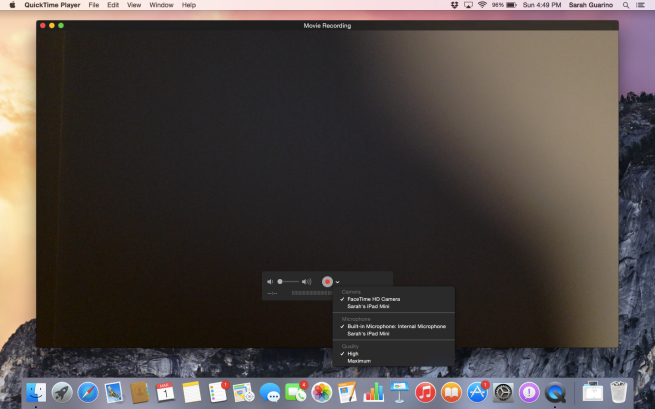 While your iOS device is unlocked you will see its display on the computer. When you are ready to record, press the red record button in the center. When you do something on the iOS device like a tap or a swipe you will see the action on the computer while it’s recording. You will also see it when playing back the video.

To save the video, select File from the menu bar in the upper left hand corner then press save. Alternatively, you can press Command and S at the same time on the keyboard. You can also easily share the video via Mail, Messages, AirDrop, Vimeo, Facebook, Flickr, or YouTube by hovering the cursor over the video and pressing the Share button that appears in the upper right hand corner of the gray box in the center. The Share button is the one that has the square with the arrow aiming up from the middle. 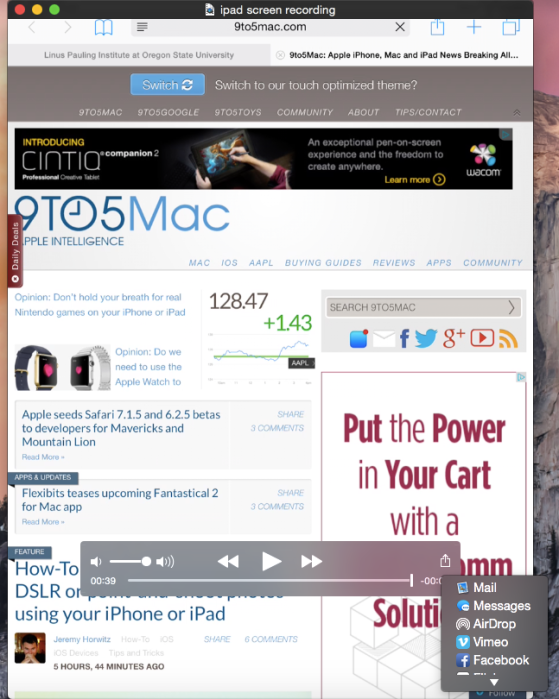 That’s it! Now you have a high quality video recording of something you wanted to capture from your iPhone, iPad, or iPod touch. This feature is available on Macs running OS X 10.10 Yosemite with iOS devices running iOS 8. How will you use Yosemite and iOS 8’s built-in screen capturing feature for iOS devices?