Naturally, Apple reworked the iPhone software to fit the new form factor. Early prototypes used a top-to-bottom timeline interface apparently, reminiscent of what Pebble is showing with the Time. However, this idea was dropped. Lynch says that long interactions with the Watch were simply uncomfortable.

“It was all very understandable, but using it took way too long,” Lynch says. Also, it hurt. Seriously: Try holding up your arm as if you’re looking at your watch. Now count to 30. It was the opposite of a good user experience. “We didn’t want people walking around and doing that,” Dye says.

The software was refined in three main iterations to focus on actions that could be completed within a matter of seconds. Some features were cut completely because they didn’t fit this paradigm. The Short Look, Long Look user experience is a clear example of how this philosophy transpired into the final product.

For hardware, the Taptic Engine was a particular focus with engineers refining the haptic feedback for over a year under Ive’s command. Weekly meetings would review the feelings a user felt from an incoming phone call, for instance.

Apple tested many prototypes, each with a slightly different feel. “Some were too annoying,” Lynch says. “Some were too subtle; some felt like a bug on your wrist.” When they had the engine dialed in, they started experimenting with a Watch-specific synesthesia, translating specific digital experiences into taps and sounds. What does a tweet feel like? What about an important text? To answer these questions, designers and engineers sampled the sounds of everything from bell clappers and birds to lightsabers and then began to turn sounds into physical sensations.

The WIRED piece also highlights that the customizability options, variety of bands and screen sizes, were an important focus from the start of the project. Unlike Apple’s usual practice, Dye says ‘personalization and beauty are everything’ when it comes to watches. The combination of interchangeable straps, body materials and software complications (widget-like additions that feature on watch faces) allow users to have ‘millions’ of possible variations of the Apple Watch.

The WIRED interview also includes some new imagery provided by Apple which show off Watch assets. This includes a look at some of the watch face options, like the different clocks, solar visualizations and iconic jellyfish. You can also see a glimpse of further animated emoji and Mickey Mouse artwork. You can also see an overview of every achievement from the Activity app. 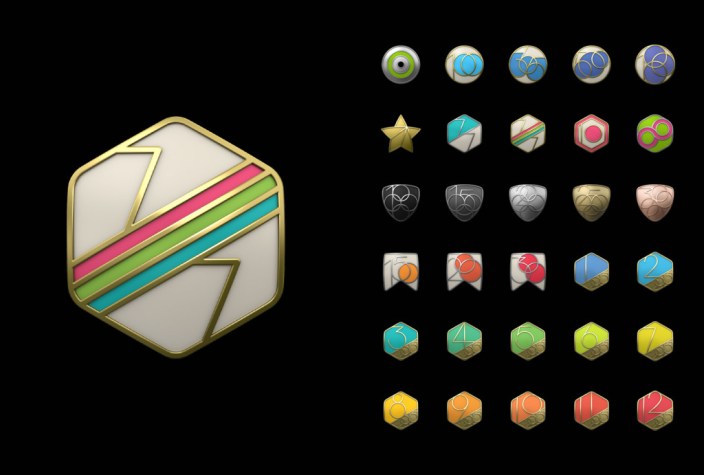 The interview concludes with Lynch reveling how the Watch has changed his own life: ‘about how grateful he is to be able to simply glance at his Watch, realize that the latest text message isn’t immediately important, and then go right back to family time; about how that doesn’t feel disruptive to him—or them.’

You can read the full story over at WIRED.