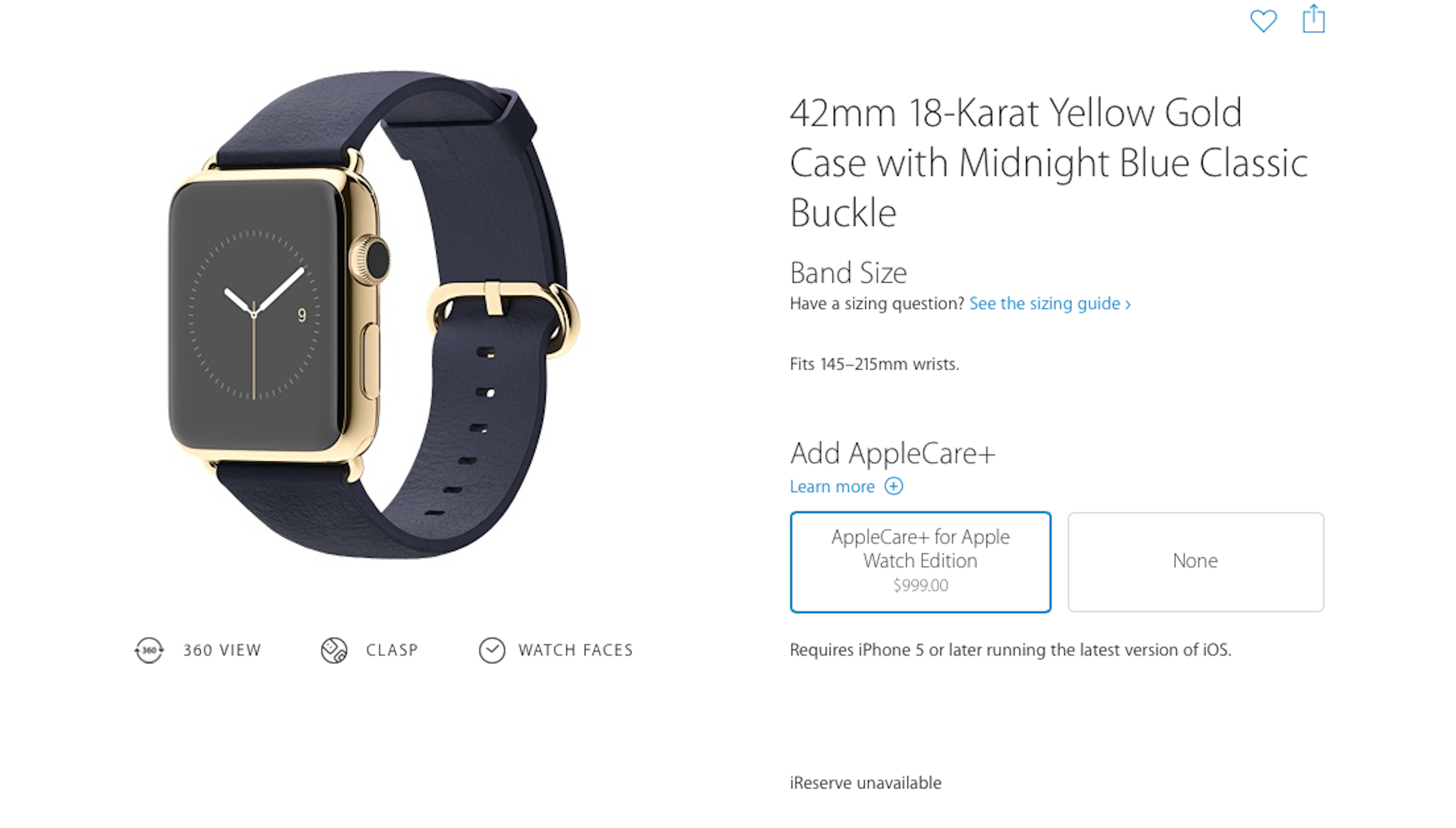 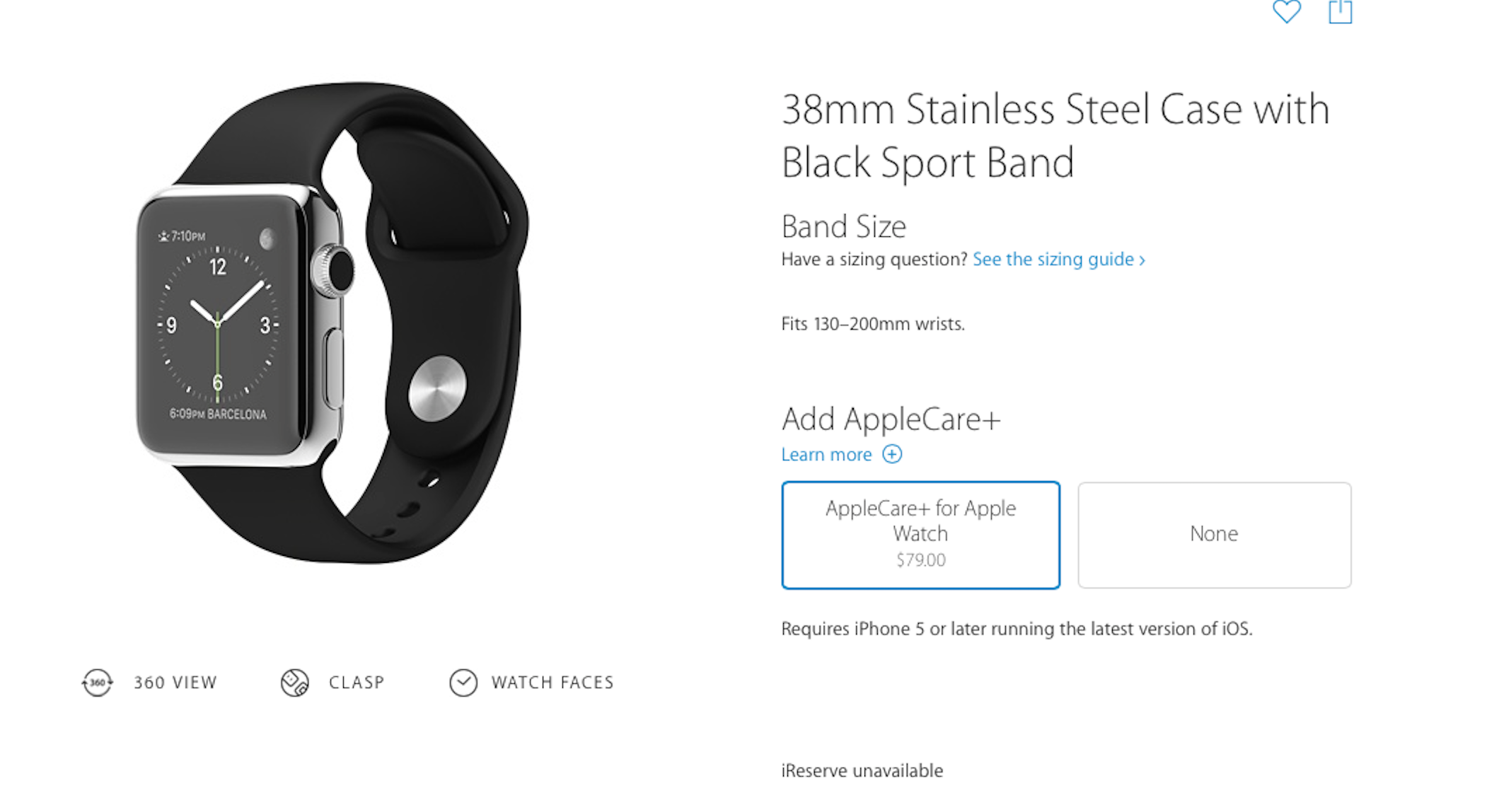 As is the case with many other Apple products, AppleCare+ for the Apple Watch will be offered at the time of purchase within physical Apple Retail Stores and the Apple Online Store. If Apple does indeed replace an Apple Watch under AppleCare+, there will likely be a deductible price for replacement, which will be far less than replacement pricing for customers without the AppleCare+ plan. While the $999 price for the Apple Watch Edition sounds high, it should be noted that it’s around 10% of the product’s base cost, which tracks with AppleCare pricing for the $2999 Mac Pro, which retails for $249 (but can be had for less from resellers). 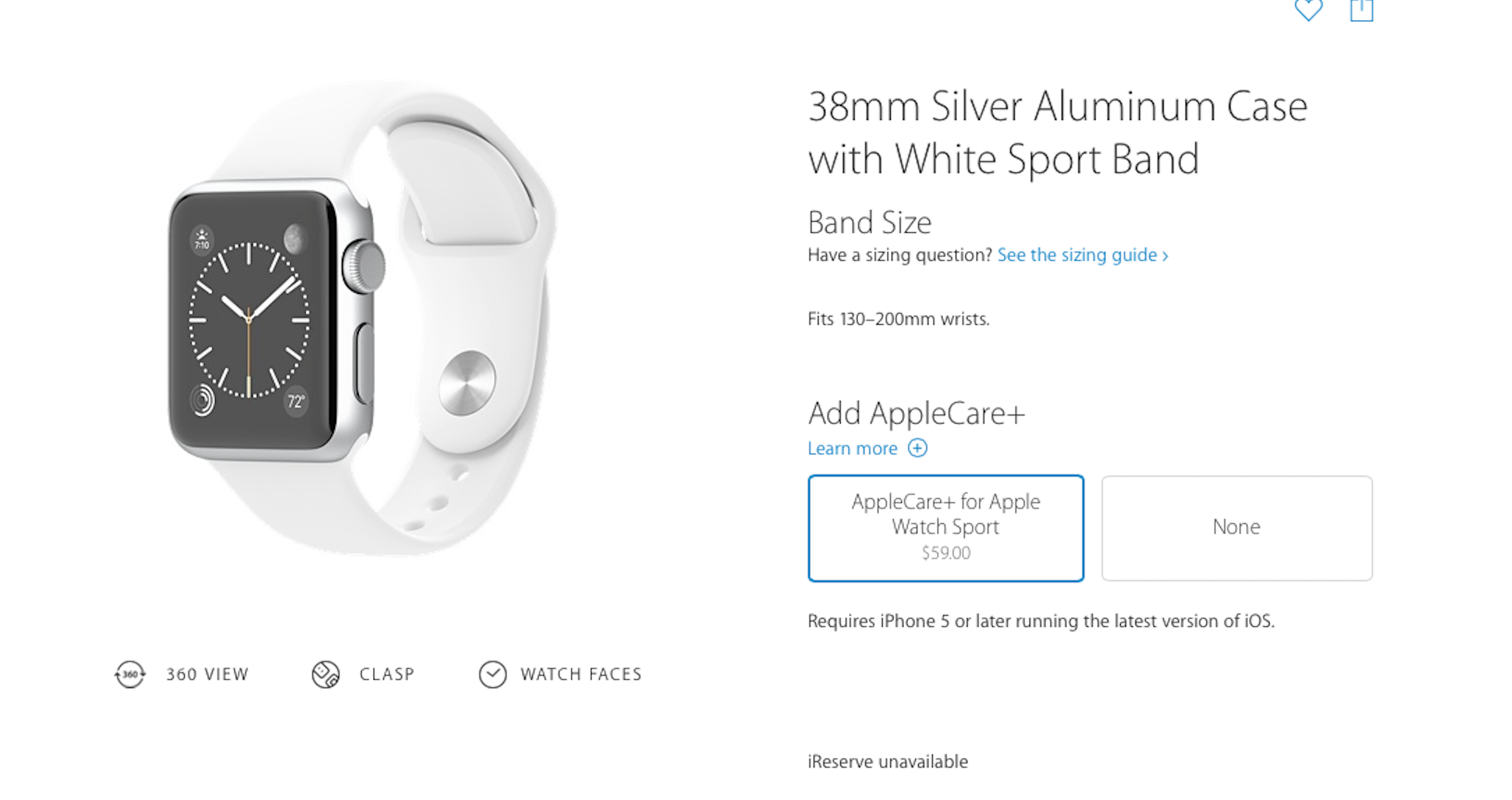 We’ve also learned that Apple Watch repairs, at least at launch, will not be conducted within Apple Stores. Instead, devices will be shipped off-site. Apple, however, will be able to replace Watches in-store at the Genius Bar. Apple will also be able to process Apple Watch technical replacements over the phone. If you have  standard AppleCare, you must ship Apple your Watch and then your replacement will be sent. If you have AppleCare+, Apple will first send your replacement device then you will have to ship the broken unit back to Apple.

The Apple Watch goes on sale on April 24th on Apple’s website, official Apple retail stores, and select high-end retailers around the world. Apple is revamping its own stores with new display tables, try-on tables, and try-on cases to make the Apple Watch sales experience unique. At launch, Apple will require Apple Watch customers to have an appointment in order to make an in-store purchase as stock for walk-in purchases will be unavailable. One source adds that supplies of the rose gold Edition models will be very tight as Apple is still working out discoloration issues. Ahead of the April 24th launch, Apple will allow customers with or without appointments to come into retail stores beginning on April 10th to try on the Watch.