Tim Cook reported to be in Paris, likely for Apple Watch launch in Galeries Lafayette (update: or not) 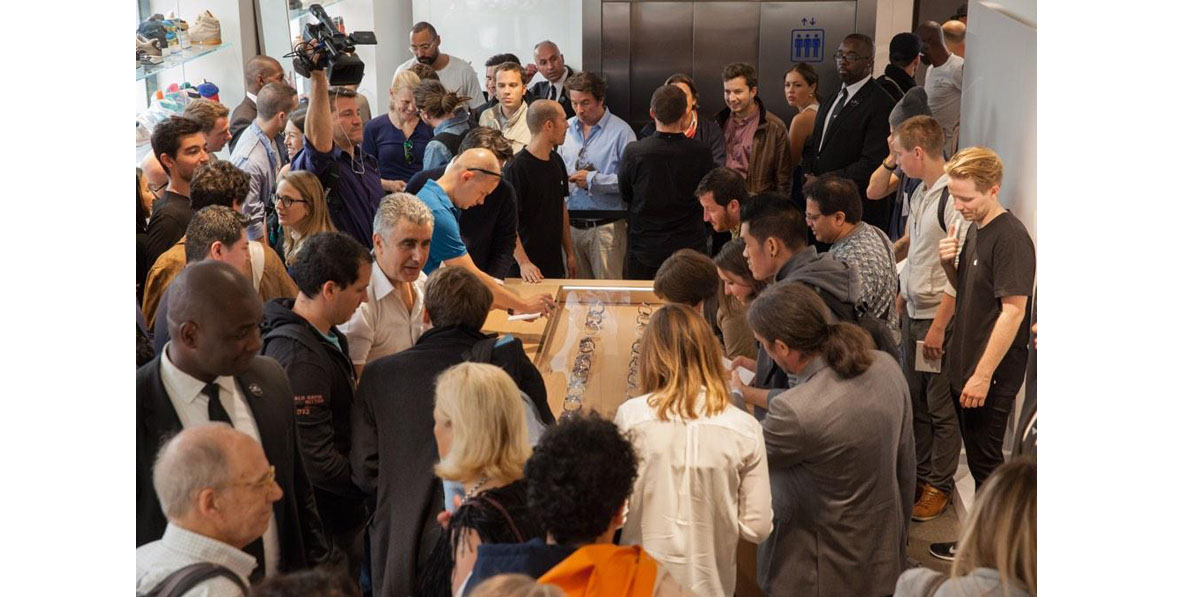 Update: Another French site, Macplus, says it has “confirmation” that Cook will not be in Paris tomorrow, but does not state a source for this.

Mac4Ever is reporting that Apple CEO Tim Cook is in Paris, likely for the Apple Watch launch in the upmarket Galeries Lafayette department store. The Apple Watch section of the store spans four balconies and is set for its grand opening at 9am tomorrow.

The similar section within the Selfridges department store in London opens the same day, and with the two cities just a 45-minute flight (or 2 hour train away, it seems likely Cook will put in an appearance there too. Visits to nearby Apple Stores in both cities also seem a reasonable bet, London’s Regent Street store is very close to Selfridges.

The watch saw mixed reviews yesterday, with the general consensus that it was easily the best smartwatch on the market but suffered from a number of usability issues–and several reviewers were still trying to figure out whether it really had a useful role to play in their daily lives.