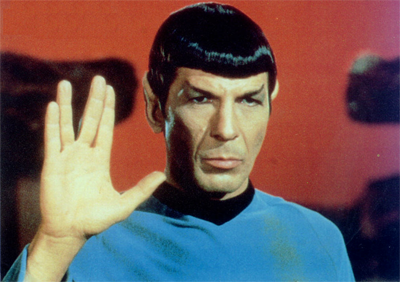 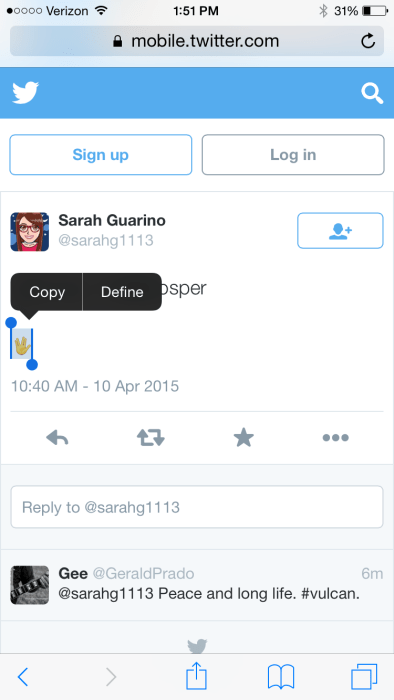 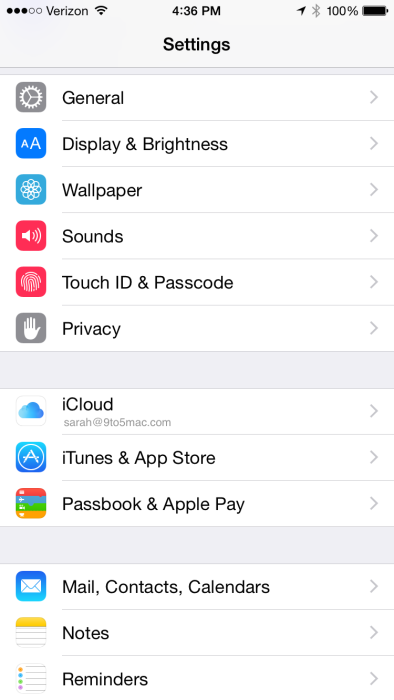 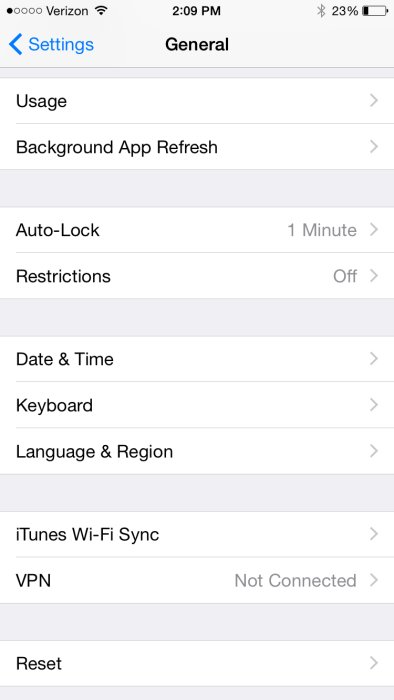 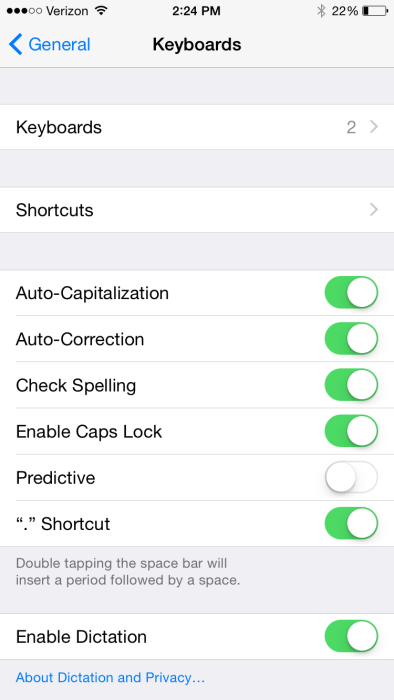 Press the blue plus button in the upper right hand corner. Where it says Phrase you are going to tap and hold until you see the Paste menu, then paste the Vulcan salute. Under Shortcut, this would be what you type to trigger the Vulcan salute. For example you can type in “spock,” “vulcan,” or “llap,” for Live Long and Prosper. Just remember that this will prompt each time you type the phrase, so choose a work that won’t conflict with something you might otherwise text. Then press the blue Save button in the upper right hand corner.

Now whenever I type in llap, I will get the Vulcan salute emoticon. 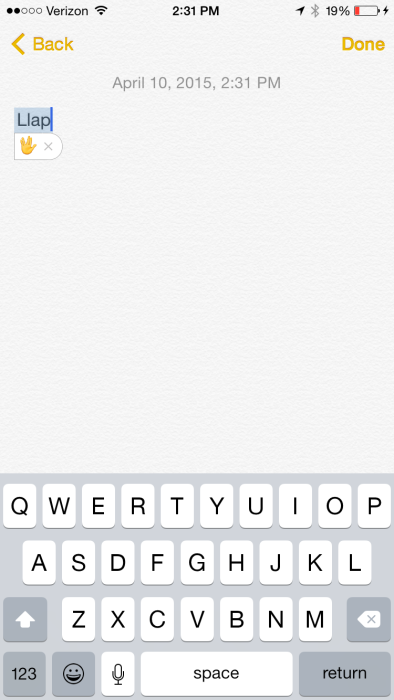 Now you’ll be able to send and the Vulcan salute very easily. Your friends do have to be running the latest software on both iOS and Mac in order to see it. Live long and prosper. 🖖