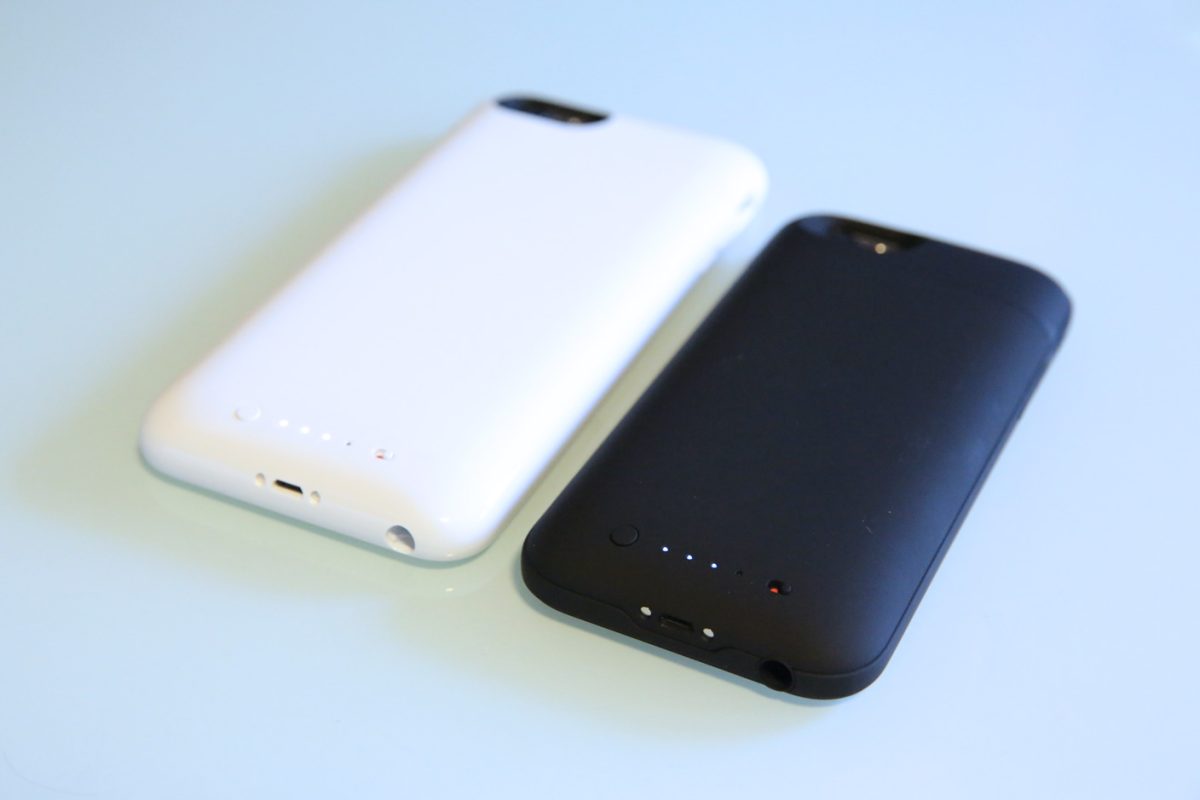 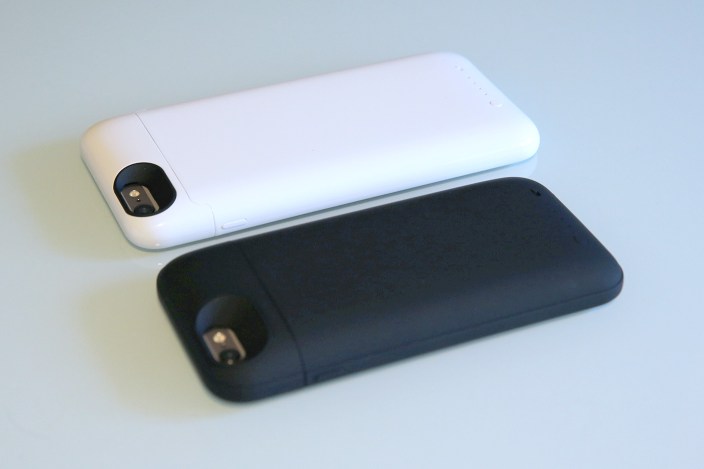 Unless you pick the matte black versions, which look like most of the other iPhone 6 and 6 Plus battery cases I’ve tested, you’ll quickly be wowed by how premium Mophie’s newest Juice Packs feel in your hand. Glossy white plastic Apple accessories may have become passe years ago, but Mophie somehow got the look and feel just right — better, even, than the “unapologetically plastic” iPhone 5c.

The reason for that luxe feel? Mophie needs it, as the new Juice Pack Plus for iPhone 6 ($120) and Juice Pack for iPhone 6 Plus ($100) are currently the most expensive battery cases currently available for their respective iPhones. Though the company has never been shy about charging more for top quality cases, this year’s Juice Packs are hitting shelves well after numerous solid and aggressively priced competitors.

Below, I’ll discuss how Mophie’s price to performance equations actually play out for these Juice Packs, and whether they’re worth buying in light of other options… 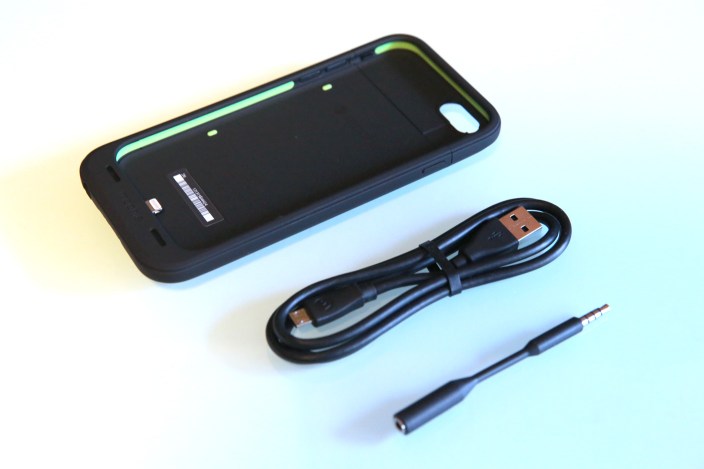 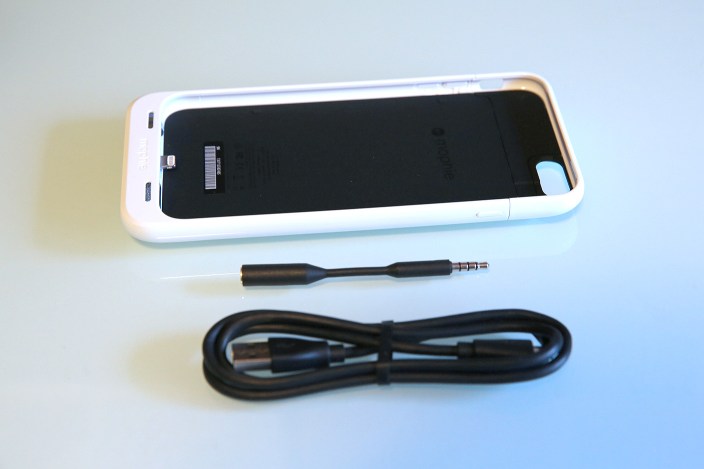 Apart from the sizing adjustments necessary to hold the differently-sized iPhones, the cases are nearly identical. Each Juice Pack has a pop-off top and a “slider” style body, so you slide your iPhone onto a Lightning plug at the bottom and replace the top to close the case. The iPhone 6 versions all have a slightly extended bumper-like ridge along their edges, while the iPhone 6 Plus version instead has a completely smooth C-shaped curve on its sides. On or off, the cases feel completely solid, which can’t always be said for their less expensive rivals. There’s no give when squeezing their sides, and unless you have an issue with glossy surfaces — if so, pick matte black instead — they’re very comfortable to hold. 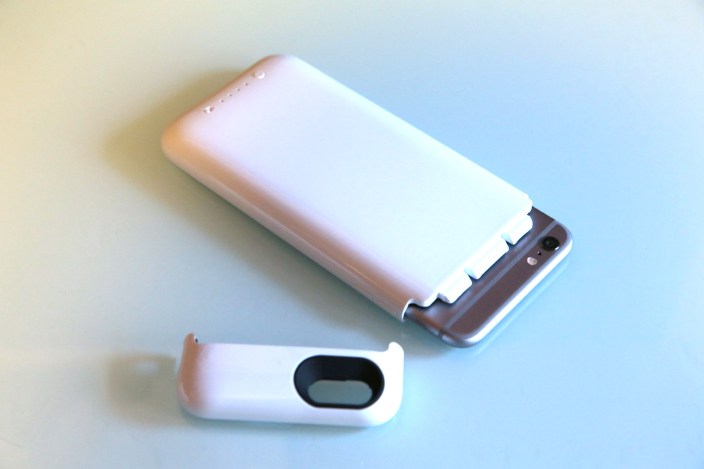 The Juice Packs’ fronts are almost featureless, with standard-sized chins and small metallic vents for the microphones and speakers. On the sides are very subtle but responsive pill-shaped protectors covering the iPhone’s buttons; similarly, the bottom micro-USB and headphone port holes are inconspicuous, apart from two extra metal circles alongside the USB port. (These help the Juice Packs work with Mophie’s $50 Juice Pack Docks, which are offered in separate iPhone 6 and iPhone 6 Plus versions.) You get a Micro-USB cable in each Juice Pack’s box for recharging, as well as a nice headphone port adapter, both black regardless of the case color you select. 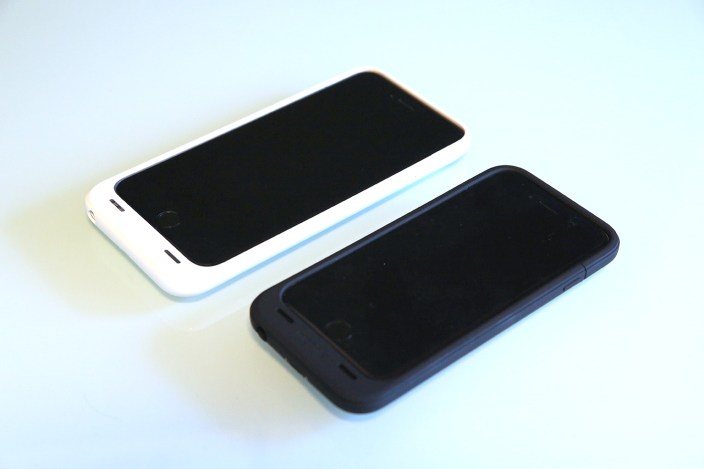 There’s one small difference in protection between the cases I tested. Historically, Mophie differentiated its low- and high-end cases by limiting the button and switch coverage on the less expensive versions, while giving the most expensive model fancier metallic button protectors. This year, all three of the iPhone 6 Juice Packs have ringer switch coverage, but the iPhone 6 Plus version does not; instead, there’s a hole on the side. All of the cases have matching button protectors; none are enhanced with different textures. As a result, Incipio’s offGRID Express actually looks a little fancier than the matte black Juice Pack Plus, though Mophie’s glossy white and golden color options are standouts compared with most of their rivals. They’re also a little thicker — 1mm to 2mm versus less powerful battery cases. 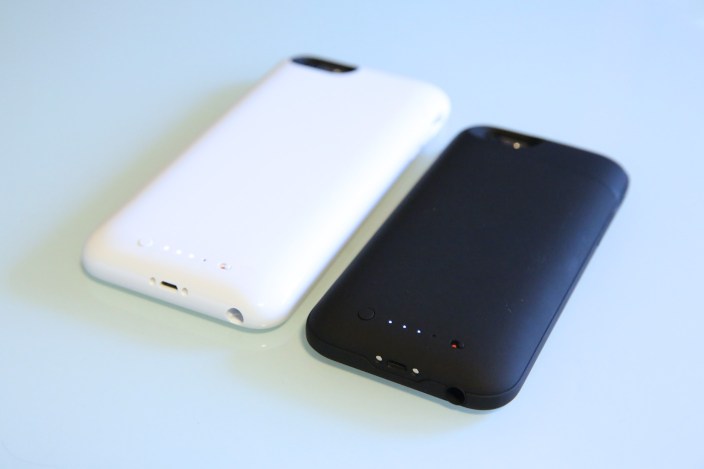 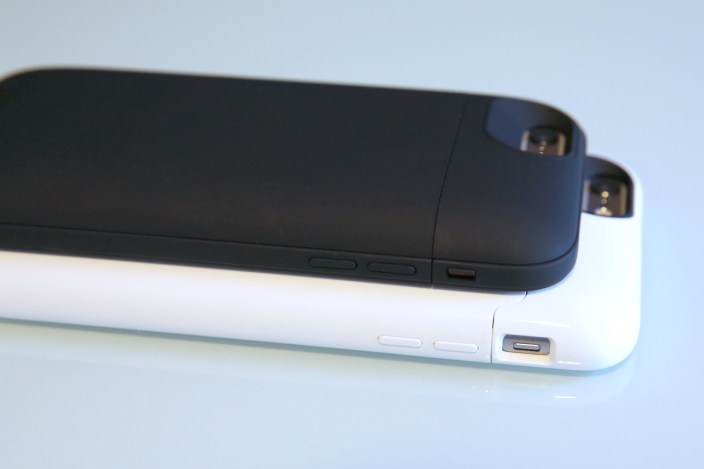 There was only one hitch during my testing. While the iPhone 6 Juice Pack Plus worked perfectly across multiple tests, something was off with the Lightning plug in the iPhone 6 Plus Juice Pack, and depending on the case’s angle, it would randomly go back and forth from charging while the power was on. This appears to be a manufacturing issue, and in my experience is highly uncommon for Mophie cases, but it gives me pause in recommending the iPhone 6 Plus version of Juice Pack. 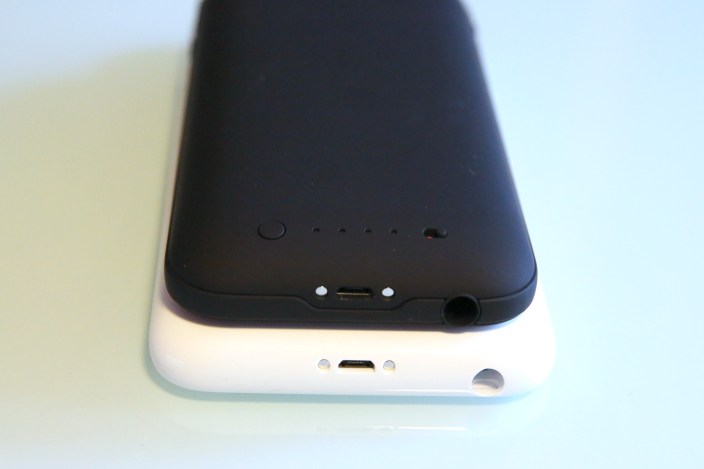 My conclusions are pretty straightforward with these Juice Packs: given its 137% recharging ability, Juice Pack Plus is an easy pick if you want the highest battery capacity and best overall build quality currently found in an iPhone 6 battery case, and are willing to pay the non-trivial premium to get them. By comparison, the iPhone 6 Plus version of Juice Case has a nicer look and feel than its closest rival, but less impressive battery performance, potential Lightning connector issues, and a much higher street price. Consider it only if you’re a loyal fan of the Mophie brand.