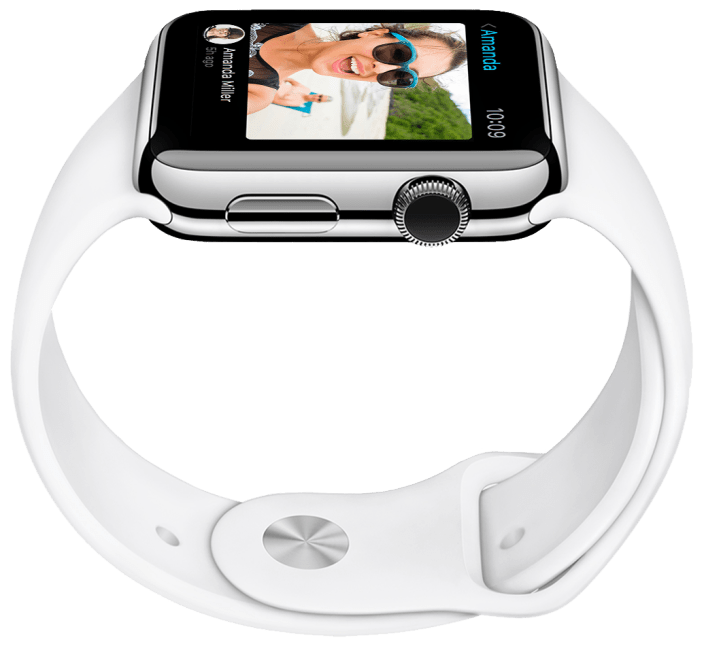 Glide, the app that lets users send live video messages, today becomes the first to bring the feature to Apple Watch. With an update to Glide’s iOS app, users of Apple Watch will be able to receive live videos messages right on their wrist, although it’s a one-way experience for Apple Watch as the device doesn’t yet include a camera; your responses will be limited to text.

A front-facing camera and FaceTime was one feature we predicted Apple could include in a future version of the Apple Watch. It’s a feature we all hoped would be included in a true Dick Tracy-style smart watch experience, but something that companies have yet to completely deliver on.

But for now Glide’s feature is about as good as it gets. You’ll get a notification when a contact is about to record a live video message, allowing you to tune in on your watch and view live as they record.

The updated Glide app is available on the App Store now.