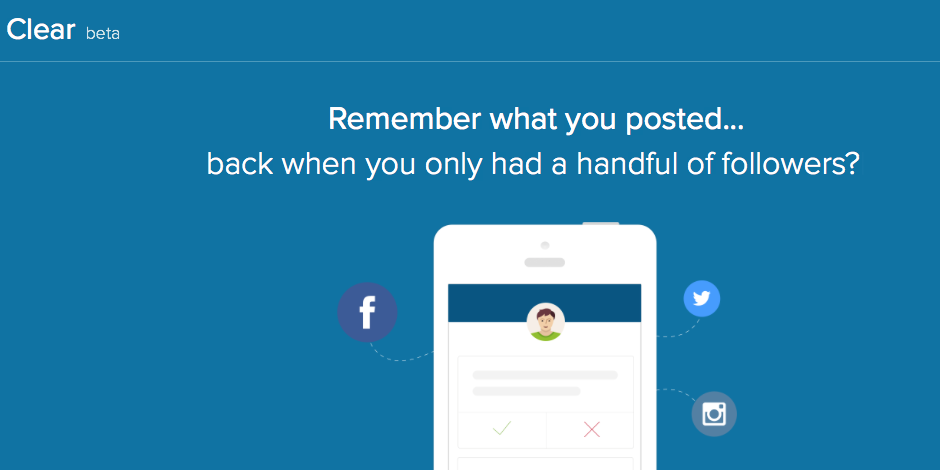 Going for a sensitive job, or just friended your new romantic interest on Facebook, and want to make sure your drunken post from six months ago isn’t going to come back to bite you? That’s the experience Hipster co-founder Ethan Czahor had when he was hired as Jeb Bush’s chief technology officer. Journalists went digging and found some extremely embarrassing posts that led to his resignation.

He’s now put that experience to good use, though, beta-launching Clear, an app which aims to vet your social media history for offensive or insulting posts and offer you the ability to delete them (not to be confused with the to-do list app of the same name). I decided to take it for a quick spin …

When I first launched the app (after clearing the waiting-list), Clear asked for my Facebook, Twitter and Instagram logins, with assurances that it wouldn’t post on my behalf. It then started spinning away before a short time later informing me that I was ‘90.7% clear’ and highlighting the first posts it suggested I review.

Czahor says that the app errs on the side of caution, flagging posts that may be potentially sensitive, and I found this was the case. For example, in checking for racial slurs, it flags any post with reference to a particular race of nationality. 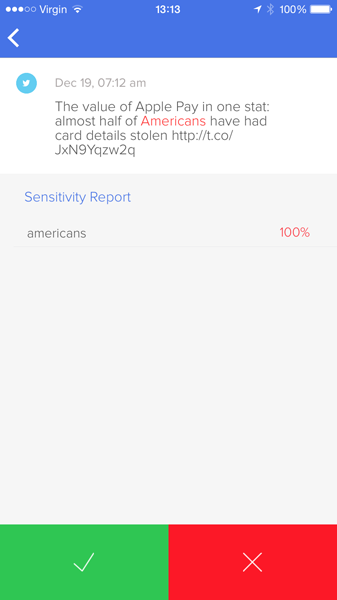 Annoyingly, it doesn’t offer any way to tell it to ignore any further posts with the same term, so I had to clear a number of similar posts. But doing so is as easy as hitting the tick button (or the cross if you want to delete the post).

Similarly, it flags references to companies, like Apple. Since about 99.5% of my Twitter posts are automated ones linking to my pieces here, this was clearly going to get tedious for me, but shouldn’t be too much of an issue for most people. 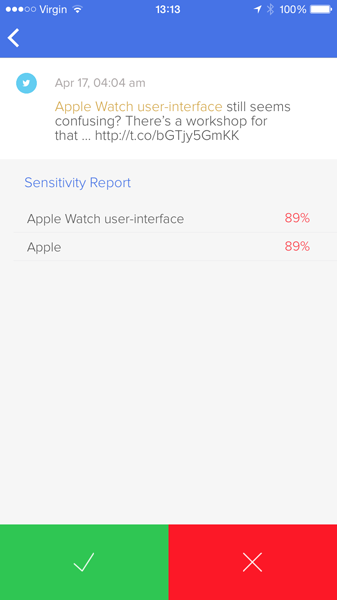 Ideally, an app like this would have more content-sensitivity, but it’s not unreasonable for a post like this to be flagged even though it’s actually harmless. 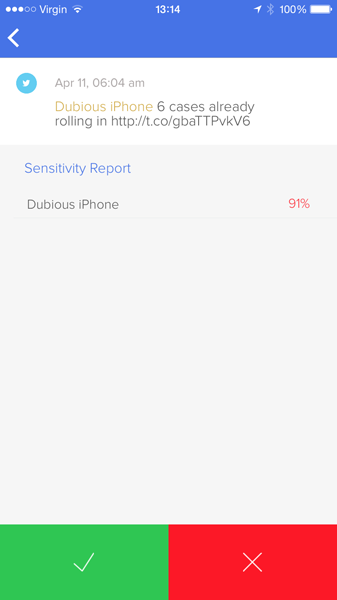 It also flags up posts containing words that may indicate criticism – and indeed the Office post is one I might want to remove if I were applying for a role with the company. 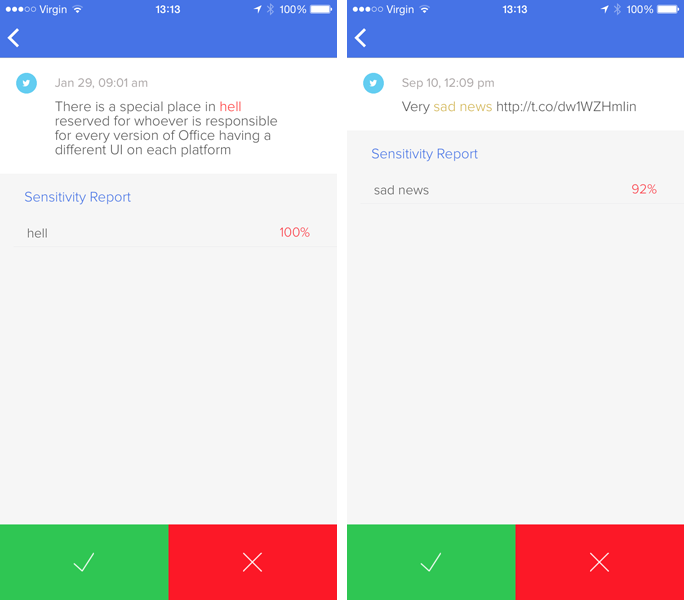 Similarly, a mini Twitter-storm aimed at my broadband supplier (which was very effective, by the way) was flagged, and was again something I’d want to remove if seeking work from the company.

That was as far as I was able to get, the app timing-out when it tried to display the next batch, but that’s undoubtedly because it’s being hammered on its first day of beta release. The next screen did, though, tell me that my Clear rating had increased from 90.7% to 95.3% after reviewing just a handful of posts, so it seems it didn’t have too many further posts for me to review anyway.

It does look like a handy pre-job-application app, and something I suspect The Daily Show‘s new host Trevor Noah wished he’d had a few weeks ago …

Clear is a free download from the App Store, but expect to wait a while before you make it to the top of the beta waiting-list after the in-app registration.