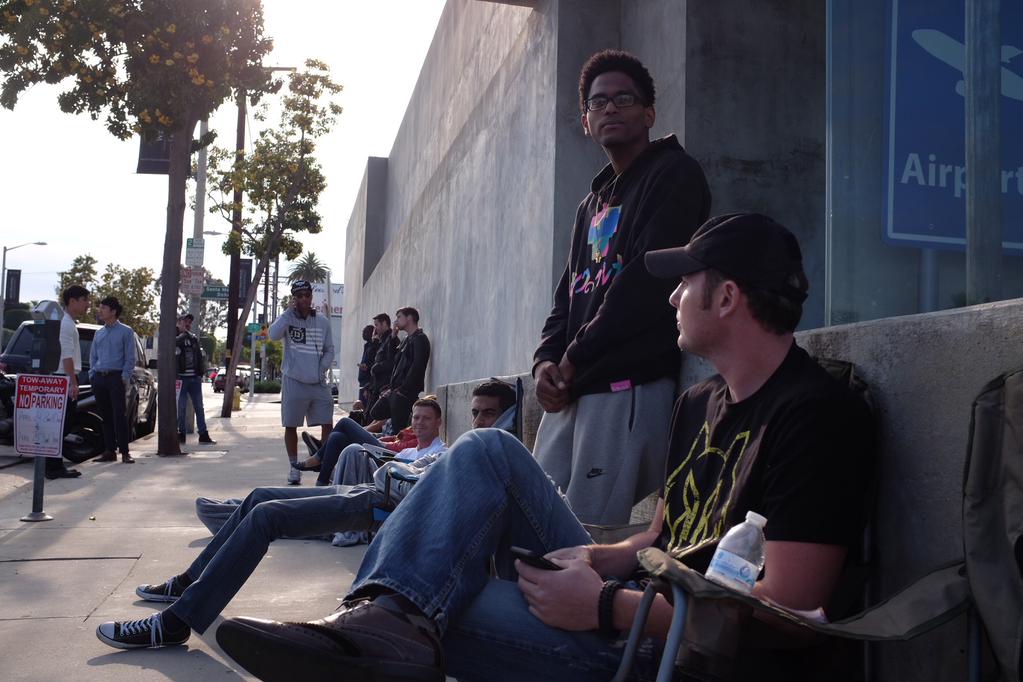 Customers wait in line outside Maxfield in Los Angeles (via CNET)

Despite the fact that Apple’s own retail stores won’t be carrying the Apple Watch on launch day, a handful of boutiques across the world will get a few models to sell starting tomorrow. Customers have already started lining up outside these locations in the hopes of getting their hands on one of the few launch-day watches available to the public.

The image above comes from outside Maxfield in Los Angeles, where it will still be several hours before doors open and the Apple Watch goes on sale. Other images are already hitting social media from electronics stores in Japan:

Shoppers at Bic Camera have posted a photo of the store’s model availability chart:

A similar chart went up at Yodobashi Camera:

Both shops only received a limited number of some models, however. Both will carry three colors of the Sport model in both 38mm and 42mm. The mid-range steel model is also available with the sport band or classic buckle in both display sizes. Customers will also be able to get steel watch with the Milanese Loop in 38mm only.

We’ll update this post with additional photos as the night goes on. You can submit your own photos to tips@9to5mac.com.