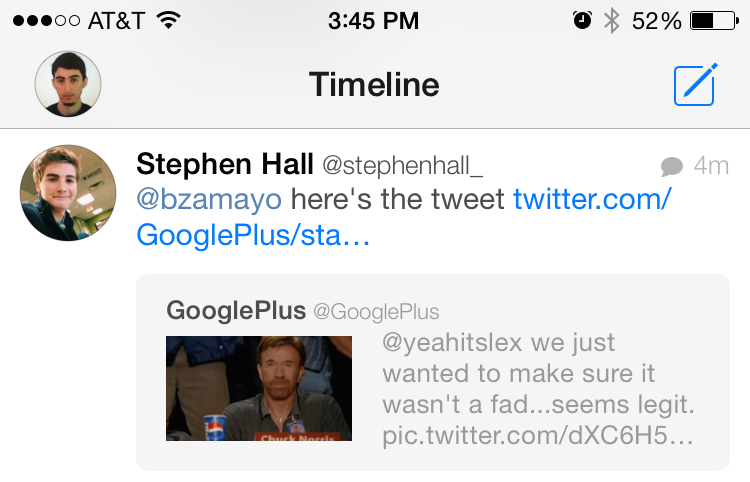 Tweetbot for iPhone was updated today with support for Twitter’s recently-introduced ‘quote tweet’ format. The update adds a new option called “standard quote” under the retweet style options. Selecting that setting will change the “quote tweet” button in the timeline so that instead of copying the body of the tweet into the compose screen, it inserts only the URL of the original post.

Linked tweets will appear as embedded media within the timeline, allowing you to quickly see text and images without tapping through to the next screen. You’ll still need to tap through the preview to the original post to watch animated GIFs or videos, however. Embedded tweets also appear as a larger preview on the tweet detail page. 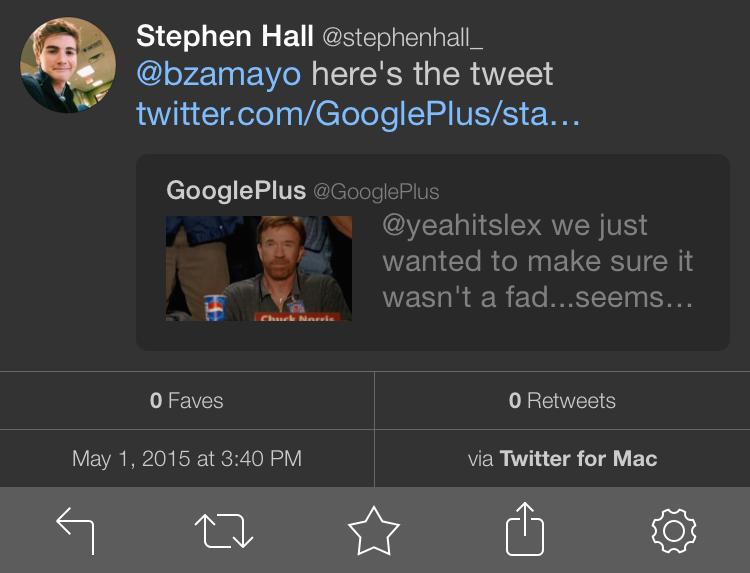 For those who liked the old “quote tweet” setting in Tweetbot, you’ll find that it’s still available under a new name. Just set your “quote format” to “copy tweet.” Previously included options like “RT with comment” and “via @user” are also still available.

Tweebot for iPhone is one of the first third-party apps to integrate this feature after it was made available to developers earlier last month. You can download the 3.6 update for free if you already own the app, or for $4.99 if you haven’t purchased an earlier version of Tweetbot 3.