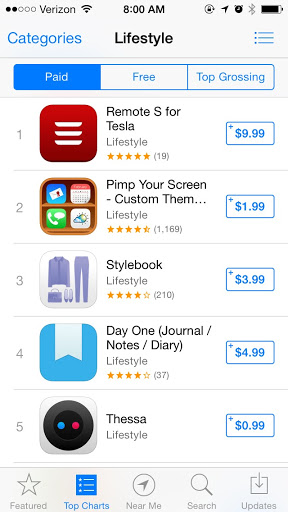 If you’re the sort of person that buys a car as hi-tech as a Tesla, it’s only natural you’re going to want to control it with an Apple Watch – and who could resist pretending to be communicating with KITT, the intelligent car in the 80s TV show Knight Rider?

Even so, hitting the number one slot in the Lifestyle category of the iOS App Store with a $10 app that’s only of any use to owners of a rather exclusive car is still impressive. Remote S for Tesla is a third-party app which uses the Tesla API to allow you to control a number of the car’s functions using a combination of iPhone and Apple Watch.

Highlights are the ability to unlock and start the car using Touch ID, monitor all three ranges at once (estimated/rated/ideal) and keep the heating/cooling running for more than 30 minutes when the car is not being used. Tech-ier users can even create web pages that communicate with the app. 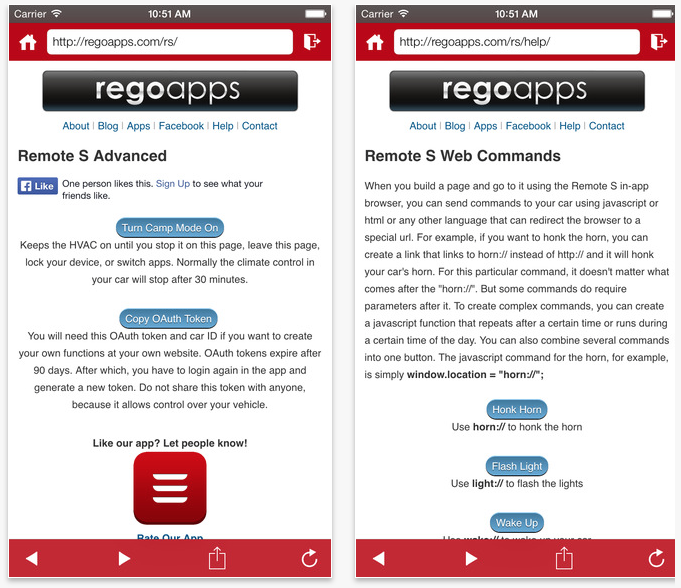 The developer, Rego Apps, says that login credentials and commands are sent only directly to the Tesla servers, with no personally identifiable information stored by Rego. A number of the functions are unique to the Remote S app, shown below.

With Apple rumored to be working on its own electric car, the two companies have for some time been poaching employees from each other. Tesla CEO Elon Musk said recently that he hoped Apple will indeed enter the car market.