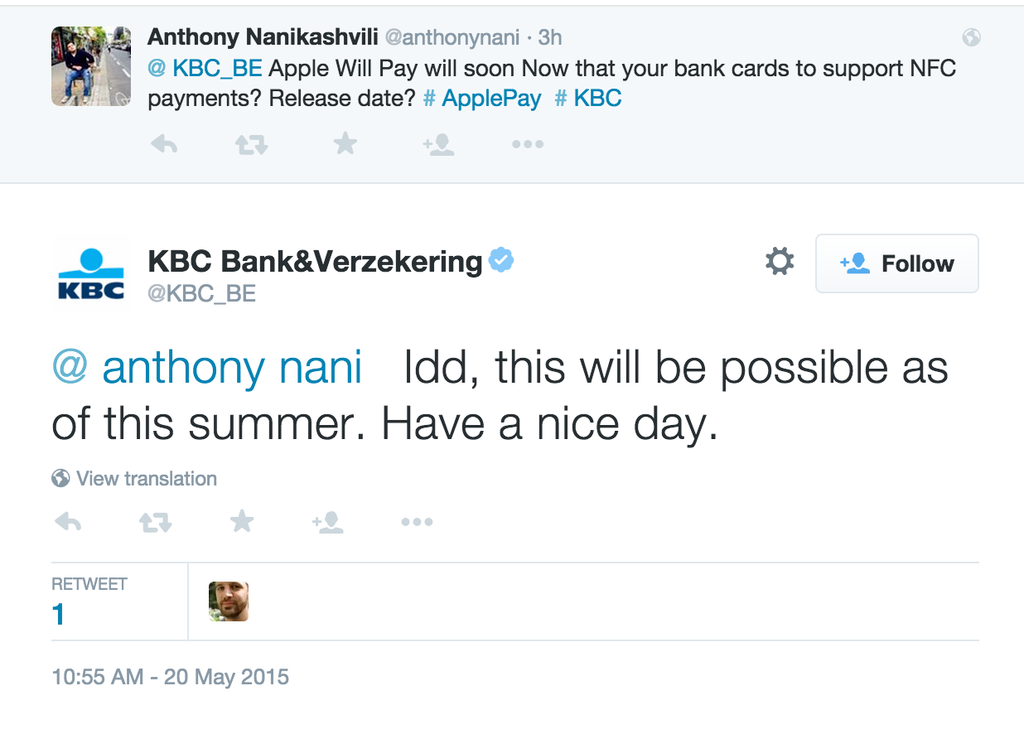 Update: KBC Bank has retracted its original statement, now saying in a second tweet that Apple Pay is “not yet in scope.”

Apple Pay may be making its way to Belgium following WWDC, KBC Bank indicated on Twitter today. The bank recently added NFC support to its payment cards, prompting a customer to ask if the institution would ever add support for Apple Pay.

The bank replied that the service would be available starting this summer, indicating a possible announcement at WWDC. Other countries and financial institutions worldwide are likely to gain support as well around that time.