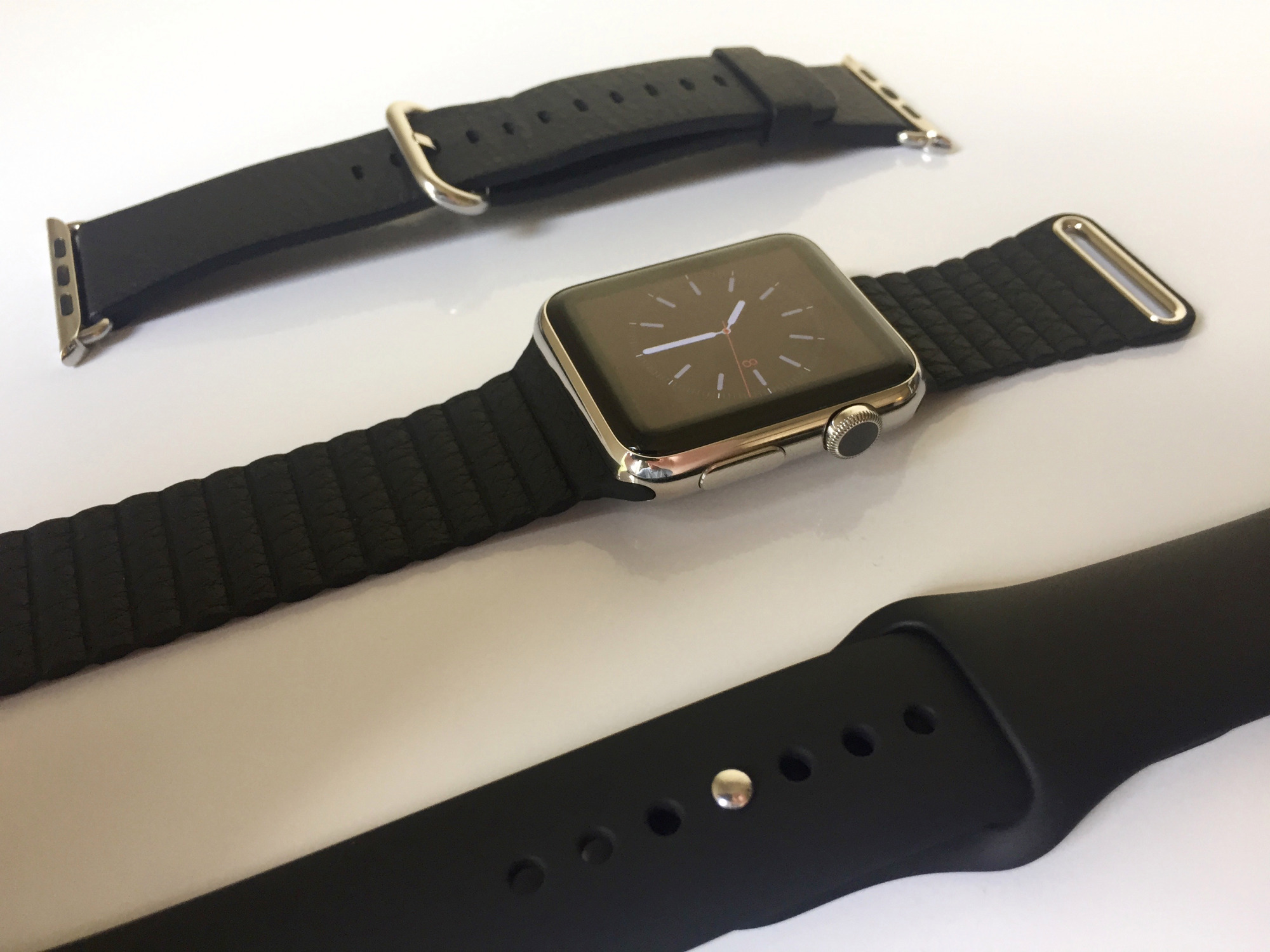 Apple Stores will begin stocking Apple Watch bands later this week in “limited” quantities, according to a message sent to retail stores, with the majority of bands being the fluoroelastomer Sport Bands. According to the notice, this strap inventory will primarily be for customers who would like to swap the band that comes pre-bundled with their Apple Watch after their purchase. Secondary to this, these early band shipments for stores will be available as replacements for worn-out bands from the various store Apple Watch try-on stations…

Lastly, remaining inventory will be available to be sold to customers seeking an additional band for their Apple Watch. In the coming days, Apple will begin advertising the availability of Sport Bands in its stores, according to the memo. We reported earlier this week that Apple CEO Tim Cook told employees that Apple Watch supply would reach stores in June, so perhaps more band options for stores will appear next month as well. MagSafe charging adapters have been available in Apple Stores for the past few weeks, while there is no word on third-party accessory availability.