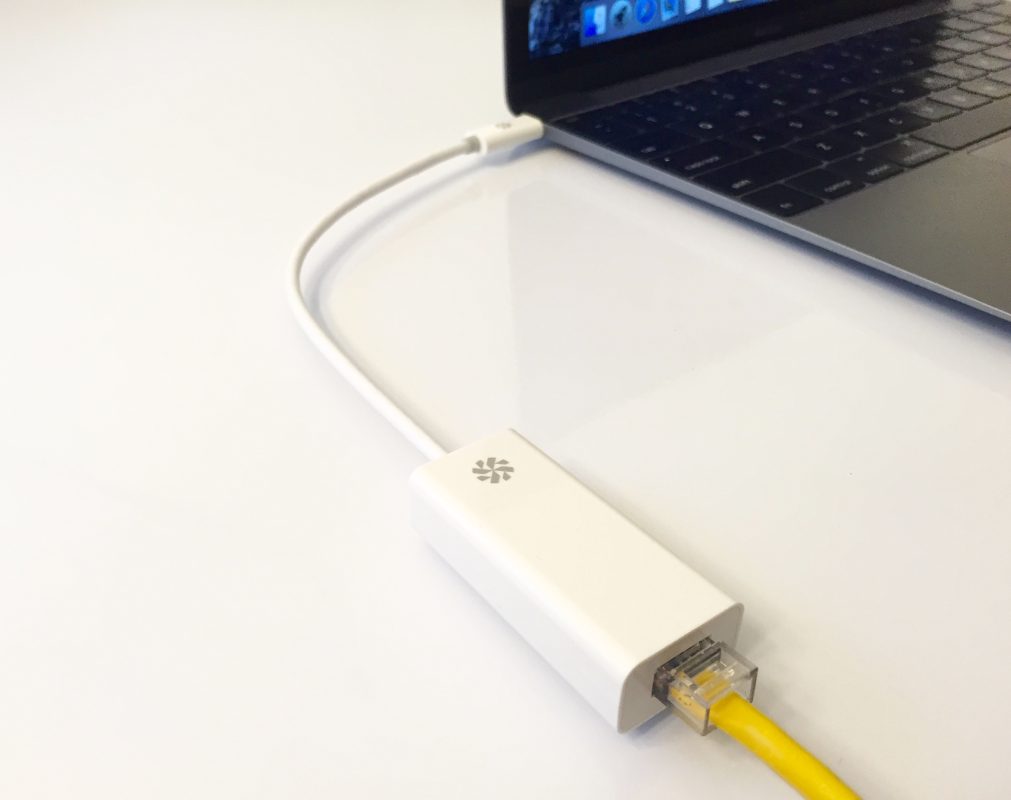 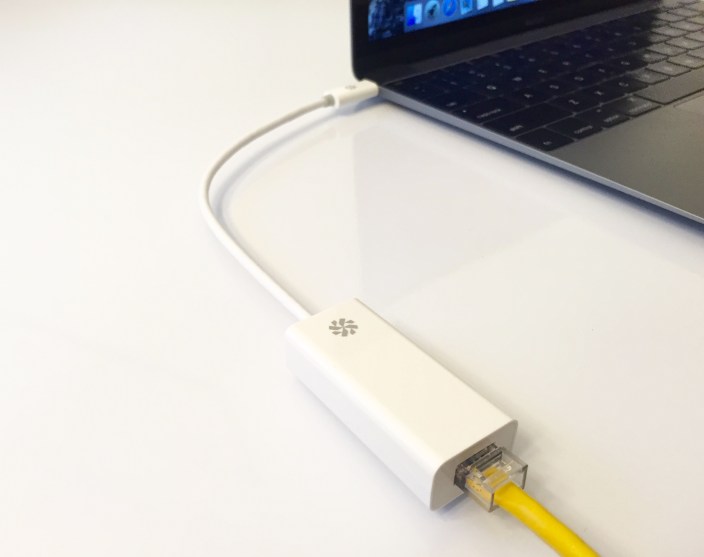 Adapters for adding thicker ports are nothing new for Apple’s modern line of notebooks. Even the high-end Retina MacBook Pro decidedly excludes a direct Ethernet connection, and Apple’s MacBook Air and new ultrathin 12-inch MacBook are especially too thin for a wired connection to the Internet without relying on an adapter in the middle.

While modern WiFi is fine for most everyday situations, even Apple acknowledges that a wired connection is necessary in some instances. To remedy this, it sells a $29 USB Ethernet Adapter and a faster $29 Thunderbolt to Ethernet Adapter. The 12-inch MacBook has neither port, however, additionally requiring Apple’s $19 USB-C to USB Adapter to work with the slower adapter.

Fortunately with USB-C being a new industry standard, accessory makers like Kanex are ready with solutions like the $29.95 USB-C to Gigabit Ethernet Adapter made for the new 12-inch MacBook and other USB-C computers… 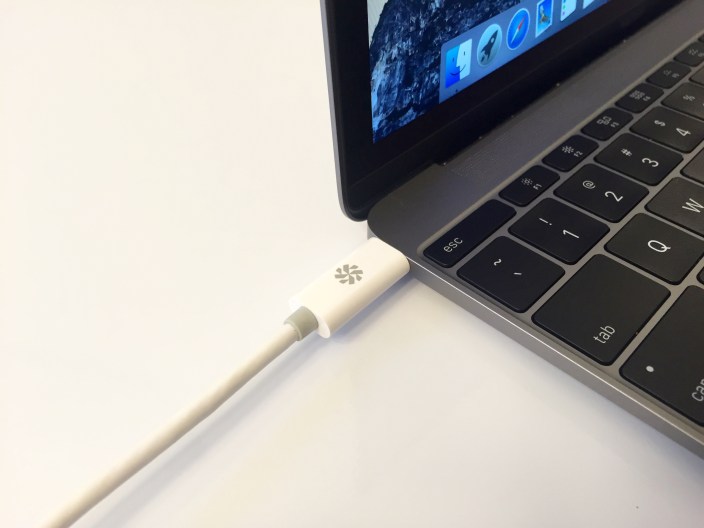 At first glance you may mistake Kanex USB-C to Gigabit Ethernet Adapter for some sort of mystical Lightning to Ethernet adapter for iPhones and iPads, but at its core it’s a USB 3.0 dongle with a super thin connector end met with a rather thick brickish end with an Ethernet port.

This is absolutely the first time my MacBook has been connected to a wired Internet connection since it shipped in April. That seems crazy but it’s handy to have a way to connect directly on occassion. Busy work days when streaming a spotty Apple live stream, when on the phone with technical support with my Internet service provider, and if I need to connect to another machine over the Ethernet line to name a few. 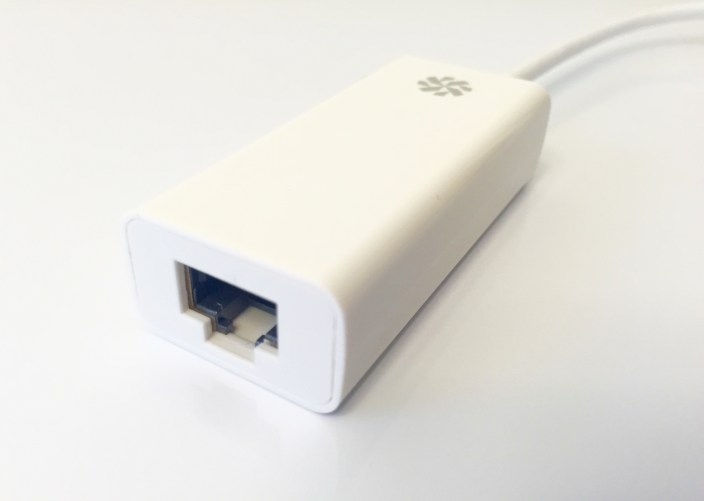 Kanex’s USB-C to Gigabit Ethernet adapter looks very similar to Apple’s own adapters, although the plastic shell is a shade closer to gray than Apple’s bright white cables and adapters; my first thought is that this might combat discoloring over time. The RJ45 end of the adapter is a bit bulkier than Apple’s standard USB adapters, measuring 1.25-inches wide by 2.5-inches long by 0.25 inches thick.

The overall length of Kanex’s USB-C to Gigabit Ethernet adapter measures 11.5-inches in total. In comparison, Apple’s USB Ethernet Adapter measures 8-inches long, or 12.75-inches long when attached to Apple’s USB-C to USB Adapter. The length of your data cable is what’s most important when connecting directly to a router or modem, but Kanex’s adapter lets the RJ45 end hang freely from the USB-C end with flexibility. 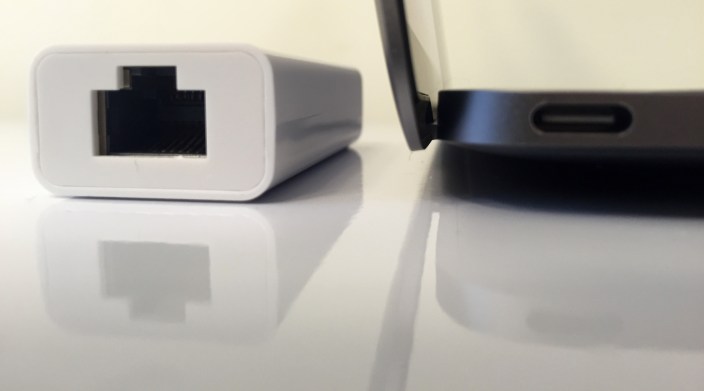 While most of the adapter resembles the USB-C Charge Cable bundled with the new MacBook, the RJ45 end of it makes it obvious why the ultra thin notebook doesn’t include an Ethernet port: it’s much thicker than even the thickest part of the entire MacBook. The thickness is comparable to two iPhone 6s stacked.

Not apparent until you see it in action, Kanex’s USB-C to Gigabit Ethernet Adapter hides two status indicator lights inside — something you won’t find in either of Apple’s USB Ethernet adapters. Both indicator lights glow soft green when connected. One presumably shows connection in general as it remains solid when connected, although it remained green when I removed the Ethernet cable between the modem and the router. The other indicator light pulses at various speeds based on data transfer speeds. A mostly idle machine shows a slower flash while opening multiple Safari tabs creates a constant flash until all the pages have loaded. 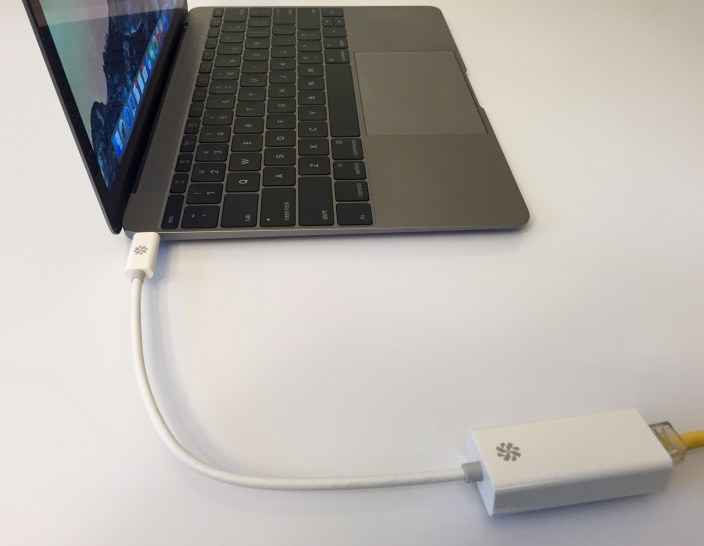 Kanex’s USB-C to Gigabit Ethernet works entirely as expected with the only surprise being the green status indicator lights. If flashing lights are too distracting and un-Apple for you, you can pay the premium and buy separate USB-C to USB and USB to Ethernet Adapters, but Kanex’s solution is one of the first available and provides a gigabit ethernet port for the same price that Apple sells its Thunderbolt Gigabit Ethernet adapter.

If you’re looking to add access to an RJ45 port on your new MacBook for frequent or occasional use, especially during conference season (and for quickly downloading new software betas), Kanex’s solution is a fine one for a reasonable price. The biggest issue comes when you need to use both ethernet and power, as the MacBook features only one port; a hub-style adapter like Anker revealed this week would be ideal in this instance, although it may be reaching edge-case territory.

Hands-on: How to use Apple Music Sing karaoke feature i...