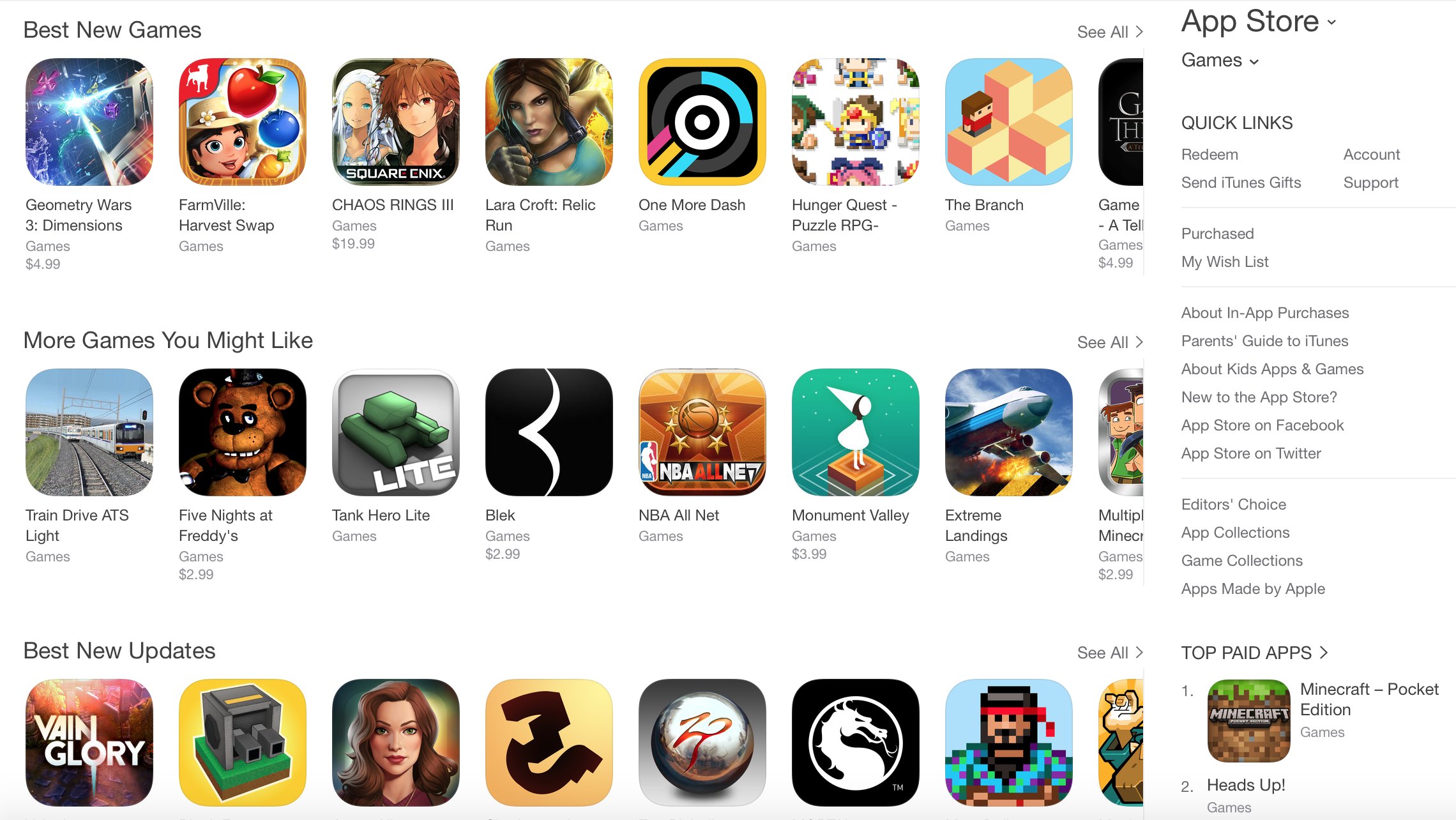 TechCrunch noticed that Apple started including editorially curated subcategories on the App Store for games. The new lists replace the old “New” and “What’s hot” lists that were generated automatically based an algorithm. We’ve confirmed the change with Apple, which tells us that the switch to editorially curated lists for the games subcategories went live on May 14th.

Going forward, it seems that Apple is moving away from these algorithmically derived and more automated lists. Today, the App Store’s Games section instead features lists like “Best New Games” and “All Time Greats,” which are created by Apple editors and refreshed on a weekly basis. These are featured alongside previous launched lists like “More Games You Might Like,” which is a personalized list based on your purchase history.

The change will likely have somewhat of an impact on download numbers for some developers, but will hopefully result in better curation of new and notable apps for users.

Apple has been promoting curated lists of apps for various occasions and featuring them on the App Store, but the new change brings that approach to main, permanent App Store game categories.

Properly curated apps or improved organization for the App Store have been among top requests by users for a quite a while, and Apple has slowly added tweaks to inject its editorial team into more categories on the App Store. And it’s something that will surely be part of Apple’s overall content strategy as it launches a new music service rumoured to include curated playlists and guest DJs.