iOS 9 will be available as public beta in July, all iOS 8 devices can update to iOS 9 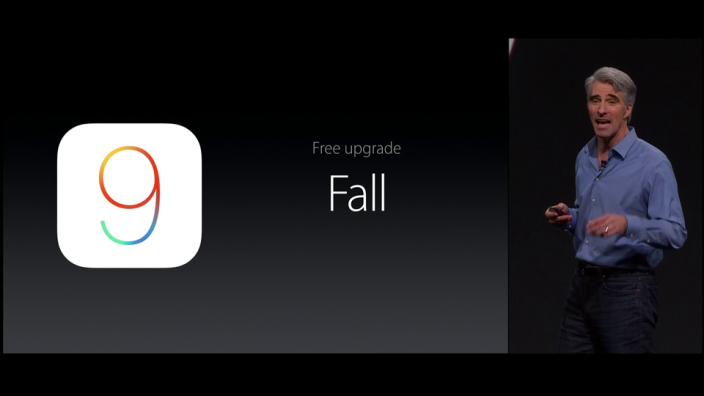 For iOS 9, Apple is launching a public beta in July. You can sign up at beta.apple.com to get listed. The iOS 9 update will be available for free in the fall for all users.

Most importantly, iOS 9 will support the same set of devices as iOS 8. Every user on iOS 8 can upgrade to Apple’s next version of the mobile operating system. Features vary per device. You can read everything that’s new with iOS 9, including new split-screen multitasking, smarter Siri and revamped Spotlight, here.

A developer beta of iOS 9 will be made available later today. As iOS 9 supports every iOS 8 device, this means you can get iOS 9 on the following devices: