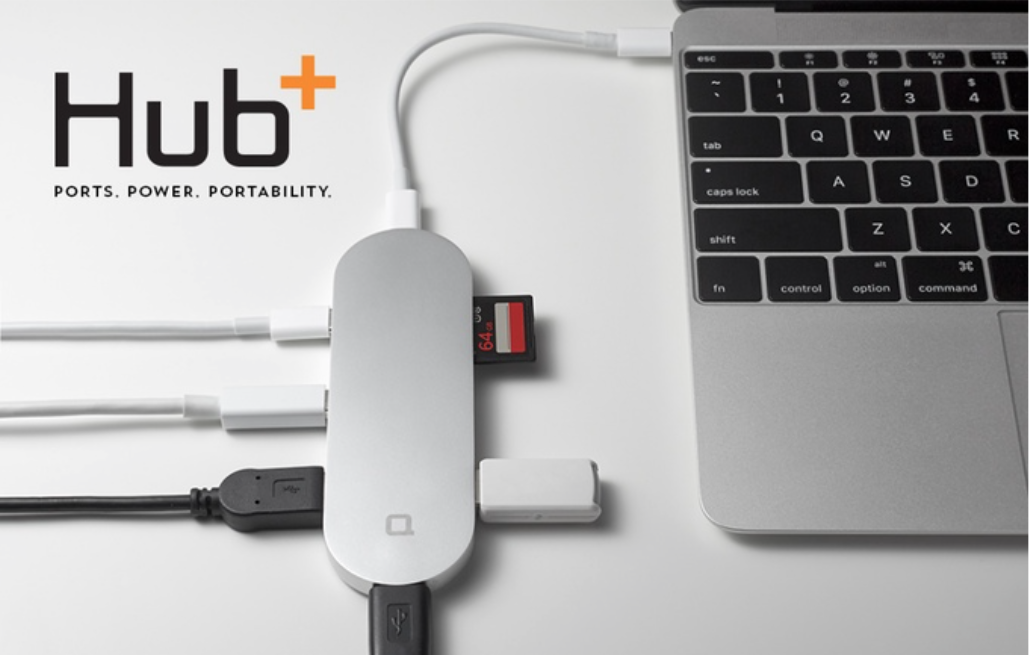 Backing the project lets you reserve a Hub+ for $79, saving $20 on the planned retail price. Some reward levels also offer mini adapters for USB-A and HDMI. You get a choice of a 9mm thick device with just the ports, or a 13mm version with a built-in battery capable of providing a bit of extra power to your MacBook, or charging an iPhone or other USB-charged device when used on its own.

There’s no Ethernet port, so if your WiFi connection isn’t fast enough, you’ll still need a separate adapter for that – like the Kanex one we recently reviewed. SanDisk also has a neat USB key with dual -A and -C connectors.

It’s looking likely that USB-C will become a standard port across the Mac range after Intel announced that it was adopting the connector for Thunderbolt 3.