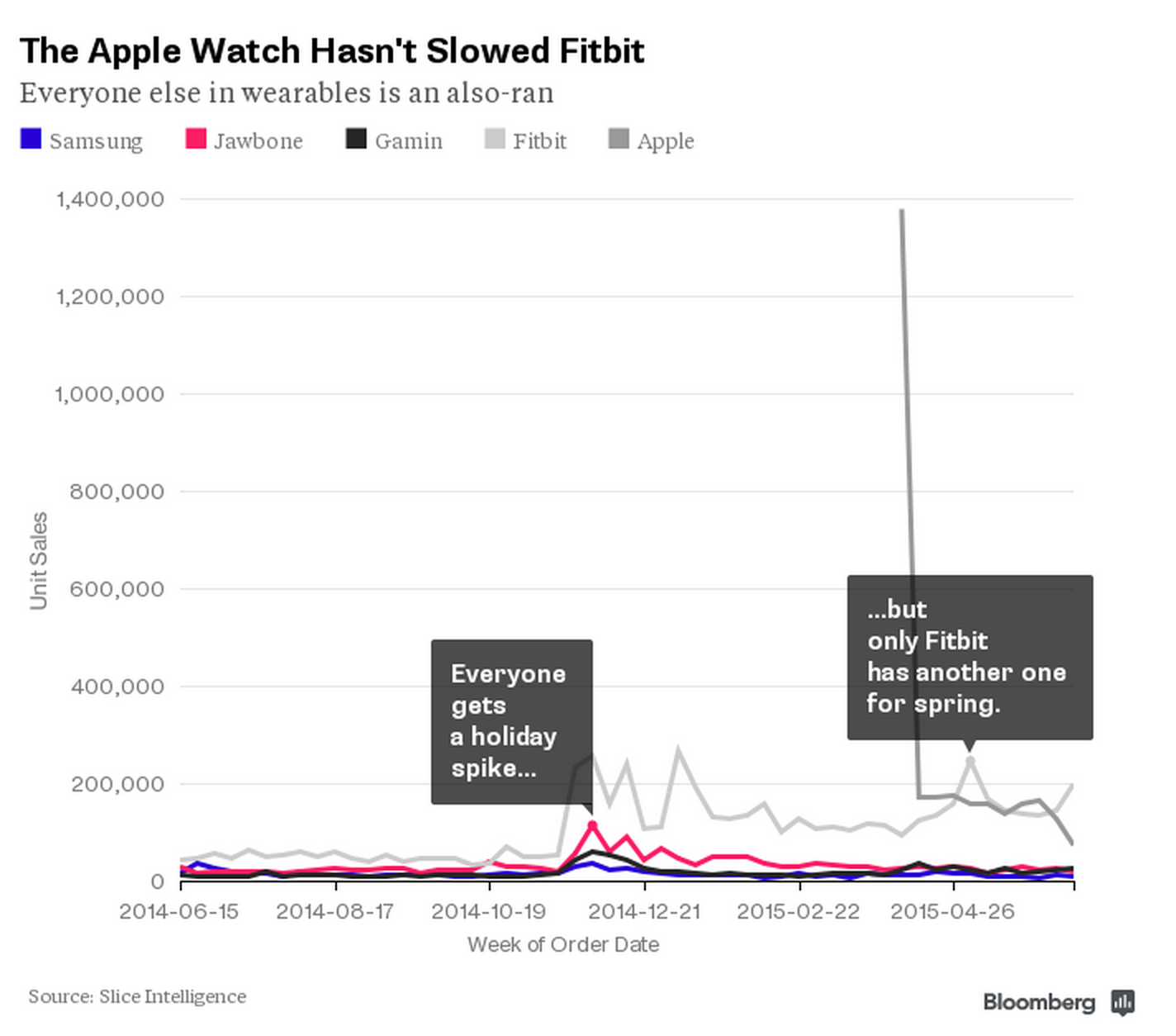 Bloomberg uses Slice Intelligence data to show that Fitbit is actually still doing well as Apple Watch orders begin to level off from launch day highs. In fact, the data from Slice, however accurate that is, shows that Fitbits are actually outselling Apple Watches.

But the same could even be said for $99 Pebble watches really. Or Android Watches which often start below $99 for certain models.

The flip side however is that people who have an Apple Watch aren’t in the market for a Fitbit, but Fitbit users are prime market for the Apple Watch.

Also, Apple’s distribution of the Apple Watch hasn’t really even started yet. There’s no Apple Watch at Target, Walmart, Best Buy or any of the big retail chains. In fact, Apple can barely keep up with demand within its own stores.

Apple Watches will also drop in price as new models come out, bringing the price of base models more in line with the competition. It is certainly hard to imagine how Fitbit will keep up as more and more of its market is subsumed by the Apple Watch and its ecosystem, and Fitbit doesn’t appear to want to play nice with Apple. With the fitness tracker maker entering the true smartwatch territory with its $250 Surge, Apple last year returned the favor by removing Fitbit products from its stores.