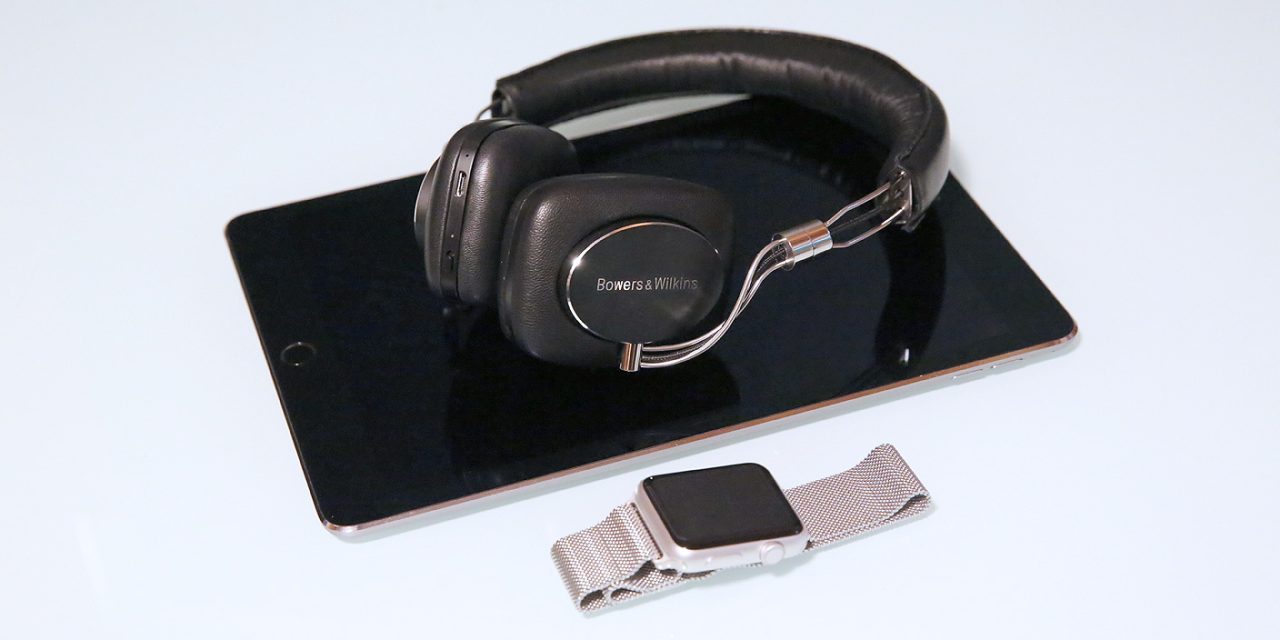 Back when white earbuds dominated the market, Beats by Dre proved that mainstream customers were willing to pay $300 for large wired headphones and nearly $400 for wireless versions — even plasticky, overly bassy ones. The subsequent shift towards big headphones nearly killed makers of premium in-ear models, leading many audio companies to mimic Beats’ formula. But there were holdouts: iconic audio companies including Bowers & Wilkins refused to compromise their materials or change their sonic signatures to match Beats. Instead, B&W offered premium-priced headphones made from premium-quality materials, and let customers pick between plastic Beats or metal and leather alternatives.

Today, Bowers & Wilkins is debuting P5 Wireless ($400), a Bluetooth version of last year’s luxurious P5 Series 2 (and the since-discontinued original P5). Mixing chrome, brushed aluminum, and ultra-soft sheep’s leather, P5 Wireless is virtually indistinguishable from P5 Series 2 apart from its ability to operate with or without a 3.5mm audio cable. Classy in ways that even the top-of-line Beats Pro can’t match, P5 Wireless is the first Bluetooth headphone I would recommend to fans of classic premium audio gear… 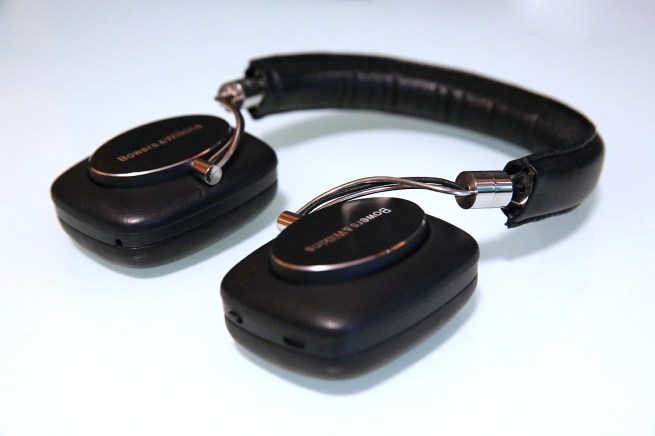 It’s fair to describe P5 Wireless as a dead ringer for P5 Series 2, since almost every detail from the wired headphone has been kept intact for the wireless model. You still get the black brushed aluminum, diamond-cut silver bezeled ear cups, adjustable chrome arms, and padded jet black leather inside the headband and ear cups. 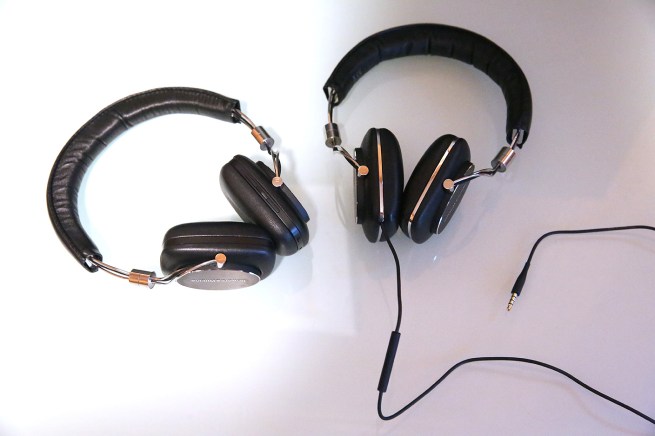 B&W’s materials look and feel truly deluxe: it’s easy to picture using P5 Wireless alongside an Apple Watch with a black Classic Buckle, a space gray iPhone 6, an iPad Air 2, a 12″ Retina MacBook… or all of the above. These are executive-class, executive-style headphones.

You also benefit from executive-level comfort. P5 Wireless is an on-ear design, which in the hands of less capable designers can lead to aching ears or skull-crushing headband tension. To avoid issues, B&W picked the softest leather and pads I’ve ever felt — genuine sheep leather with a truly incomparable texture. It feels like an expensive sofa or sports car seat, but plush on your ears rather than your back and legs. 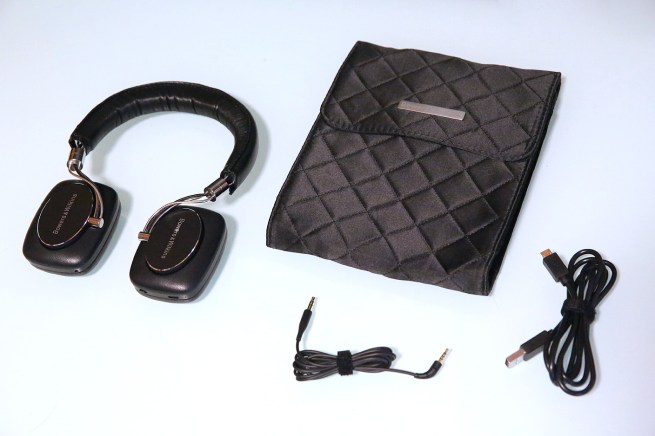 B&W has made subtle tweaks to P5 Series 2’s other features for P5 Wireless. The speakers are P5 Series 2’s 40mm drivers, housed under detachable, replaceable ear pads, and you still get a three-button remote and microphone, plus a quilted fabric carrying case. But the new carrying case has gained an internal pocket to hold the optional 3.5mm headphone and mandatory micro-USB recharging cables. A 17-hour rechargeable battery has been added to power P5 Wireless’s Bluetooth 3.0 wireless audio capabilities; the headphones notably continue to work fully (and sound like P5 Series 2) in wired mode even if the battery is depleted. You just have to attach an included 3.5mm audio cable to a connector inside the left ear cup. 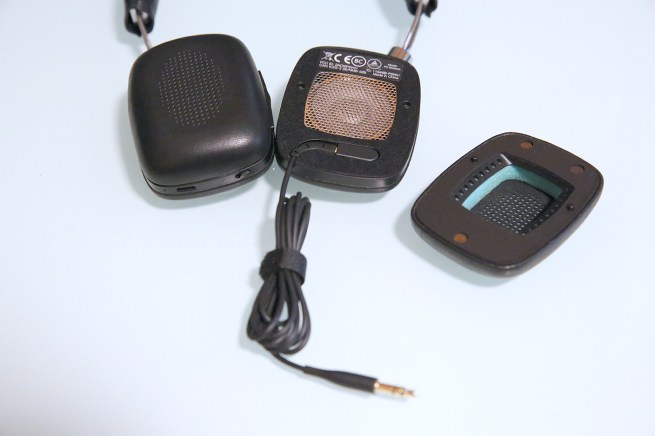 If you look closely, you’ll see that P5 Wireless is missing P5 Series 2’s chrome stripe between the front and back of the headphones. In its place is a black plastic housing roughly twice as thick — 5mm versus 2.5mm — which is the only adjustment B&W made to accommodate P5 Wireless’s added electronics. The right ear cup’s back hides the relocated three-button remote control and one microphone of a dual-mic system; the right bottom has a micro-USB port, the second microphone, a power/Bluetooth pairing light, and a nifty power switch that hides a pressable Bluetooth pairing button. 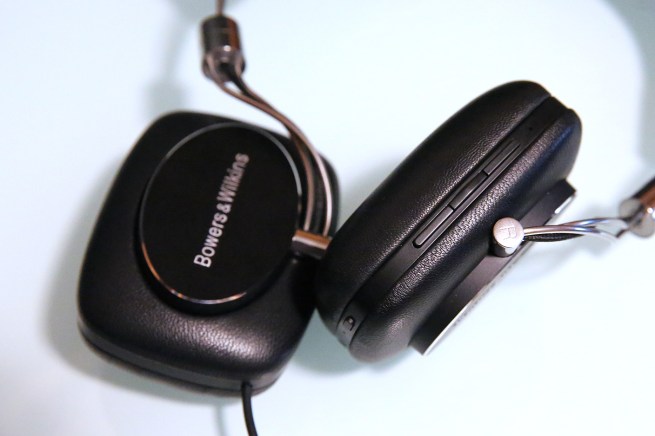 I don’t often praise control designs — particularly on wireless headphones, which have long suffered from gawdy buttons and ill-conceived gimmickry such as touch surfaces — but P5 Wireless gets everything right in both tactility and subtlety. The volume, track, play-pause, power, and pairing controls hide in places that are easy to reach, and function exactly as they should when you want to use them. There’s no need to jab towards your skull to press a button, or rub a secret touch surface like you’re scratching your earphones. B&W’s button design is as elegant as the rest of P5 Wireless. 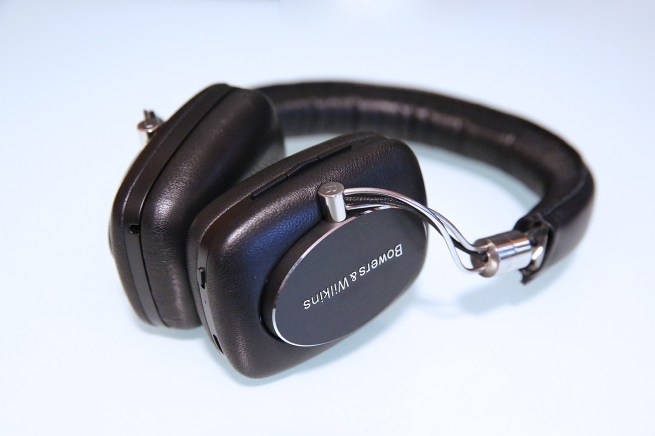 Sonically, the P5 Wireless continues the P5 Series 2’s sound signature and overall performance, which is a generally good thing, particularly given the shift from purely wired to wireless Bluetooth technology. Amplifier noise — often an issue with wireless headphones — is generally not detectable, and there were no audio hiccups or dropouts during my testing. The sonic balance skews towards mid-treble, with reasonable highs, strong mids, and good lows, lacking only in the lowest bass notes. If you love bass (and a clubby echo to go along with it), you’ll find more of it in a pair of Beats Solo 2 Wireless headphones; that’s P5 Wireless’s only obvious deficiency, but made up for with a little added clarity across the rest of the audio spectrum. On a related note, phone callers told me that B&W’s new dual-microphone system sounded excellent, rendering my voice as clearly as the iPhone in handset mode — no easy feat. 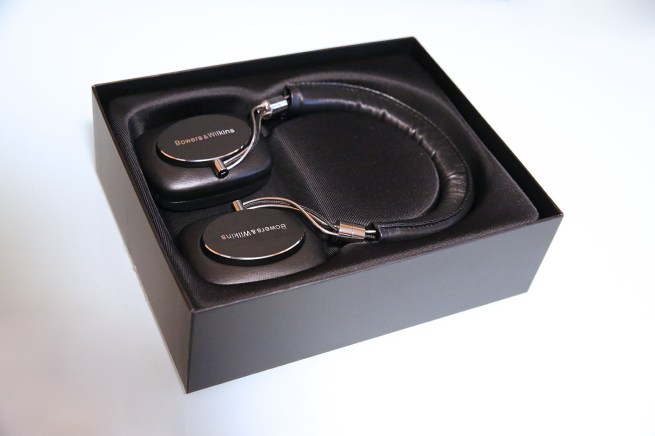 Having tested literally all of B&W’s headphones over the years, I’ve been consistently impressed by the high-quality design and materials, as well as improvements introduced in new models. Each of the company’s first outings in a given headphone category has been strong, most notably its fantastic first in-ear headphones (C5, replaced by C5S2), its jaw-droppingly gorgeous original on-ears (P5), and its even more opulent over-ears (P7). Similarly, P5 Wireless roars out of the gate as a sophisticated Bluetooth wireless headphone — so premium that people will justifiably dream of receiving a pair as a gift. While it compares in price to the P7, the wireless functionality has been executed very well, and the overall experience feels deluxe enough to justify the cost. If you’ve been thinking of investing in a really nice set of wireless headphones, P5 Wireless offers the most compelling reason yet to take the plunge.