HSBC appears to have let slip the release date of Apple Pay in the UK over Twitter. In a tweet that has since been deleted, a support representative from the bank said ‘Yes! It’s due to launch this Tuesday! We are excited too’. 9to5Mac previously reported the 14th July date for the expansion of Apple Pay into the UK a couple of weeks ago.

UK retailers also seem to think that the Apple Pay launch is imminent as signs showing support for the contactless technology have started appearing across the country, as noted by 9to5Mac readers and Matt Brian on Twitter. 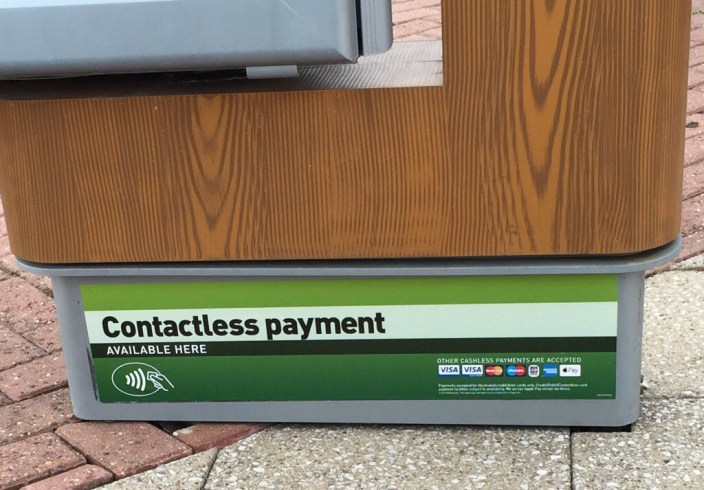 In a follow-up tweet HSBC has gone back on its initial comment, saying that there is ‘no set date for launch’. However, with merchants putting up these Apple Pay signs at point-of-sale it seems pretty clear that a launch is imminent with a Tuesday launch very likely.

Apple Pay will be subject to the normal contactless transaction limits of £20 per payment, at least initially. In September, Apple Pay purchase limit will be raised to £30. Higher value transactions will be possible when retailers and merchants upgrade their payment terminals. Apple Pay is launching with all of the major UK banks apart from Barclays, which remains mum on any partnership to date.

A software update will not be required for the Apple Pay UK debut as all the settings already bundled in the operating system and Apple can ‘flip the switch’ over-the-air automatically. When the feature goes live, users can add cards through the Settings app. Apple Pay is compatible with iPhone 6, iPhone 6 Plus and Apple Watch.