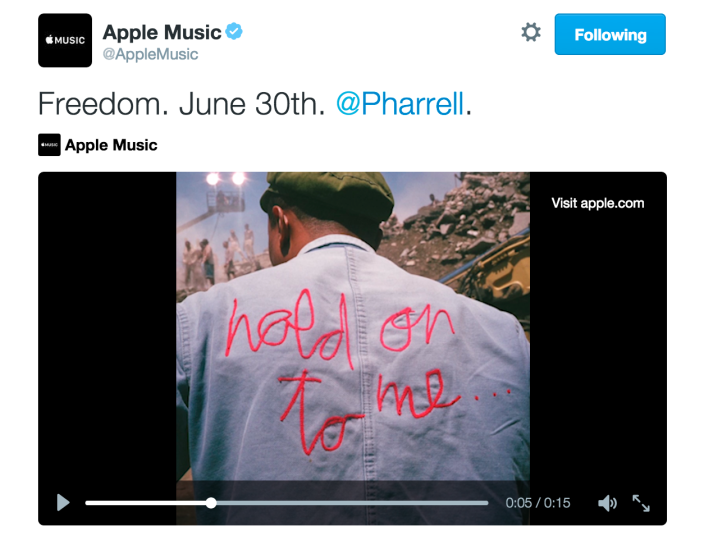 Apple is hiring a video producer to work on original content for its new Apple Music streaming service. The position will see an experienced producer oversee the creation of all original video content for both iTunes and Apple Music and hints that Apple will be collaborating with artists on branded music videos.

The job listing seems to confirm a recent report from Pitchfork that Apple is making original music videos in-house for select high-profile artists.

An excerpt from Apple’s job listing:

We are looking for a video producer and project manager to lead across all music related video projects for Apple Music & iTunes…This role is a fantastic and challenging opportunity for an individual with a video production background with a proven track record in delivering video content projects for brands/artists/media outlets. A great opportunity for an executive producer of original content with a strong production network and history of working within the artist, media and entertainment communities

Pitchfork claimed Apple produced music videos for artists including Pharrell Williams, Drake, and Eminem, three artists that were featured across the service’s launch in interviews, on-stage appearances, radio shows and the exclusive debut of new material. Apple is already working with more artists, according to the report, with the latest being the debut of a new song from pop artists M.I.A featuring an Apple-produced music video. Apple featured the launch of the new song and video today on Apple Music:

We reported late last month that Apple was hiring a producer to curate and produce original music content for Apple Music with a specific focus on its 24/7 streaming radio station called Beats 1.

The new Apple Music video producer job is based out of LA at Apple’s Culver City campus that it acquired with Beats and where it seems to be keeping a lot of employees working on the creative side of Apple Music.