MLB strikes out, bans Kansas City manager from using the Apple Watch it gave him 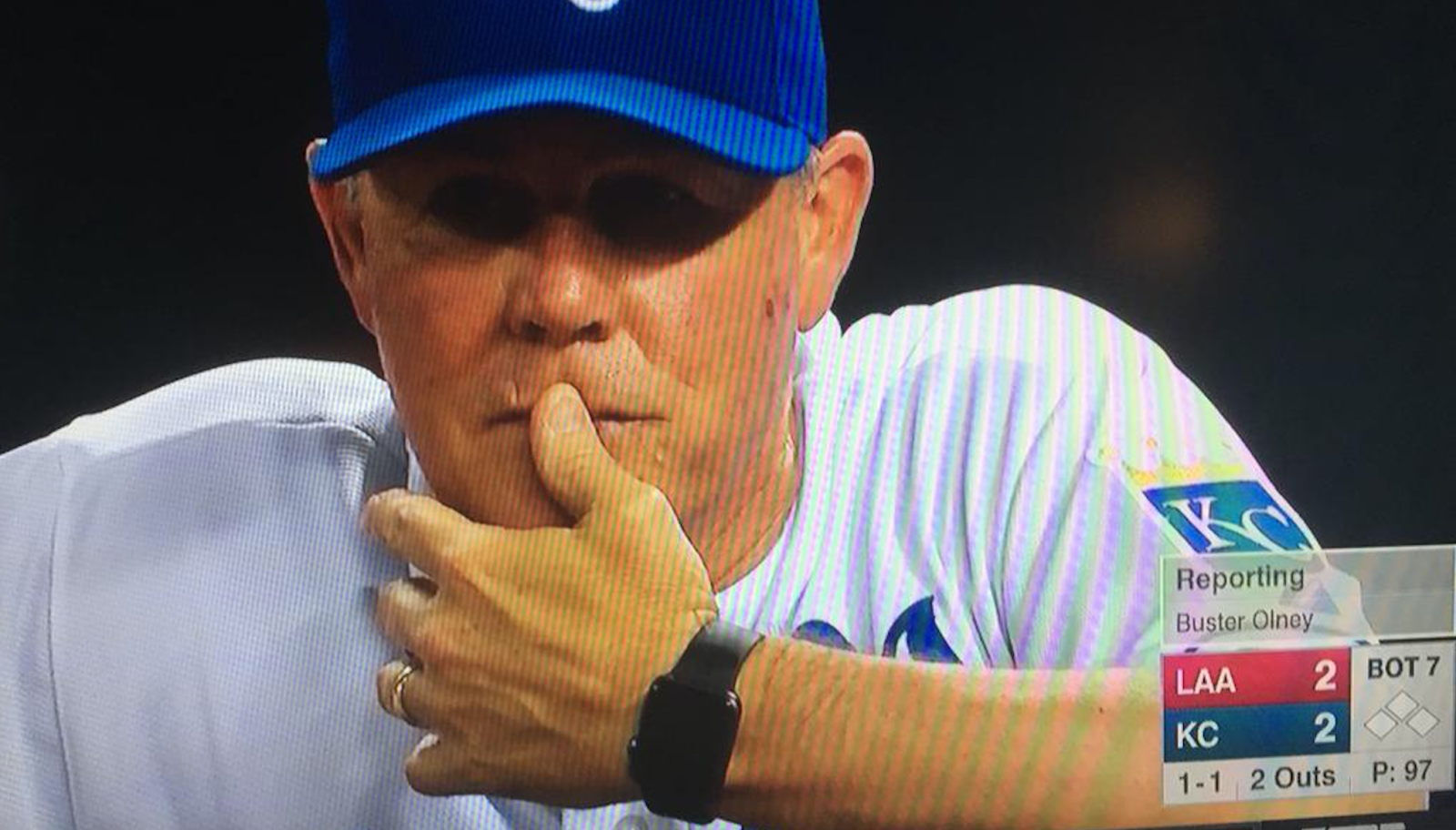 Since the device was released, many concerns regarding appropriate and inappropriate times to use Apple Watch have come up, and here is yet another one. Major League Baseball gifted Kansas City Royals manager Ned Yost an Apple Watch Sport for being the manager of the All Star Game last month, and now, MLB is telling Yost that he can’t use the device during games and while in the dugout, but he can wear it.

Major League Baseball has long been against the use of any smartphones during games, even going as far to restrict inactive players from accessing their devices during a game. When Yost was seen wearing his Apple Watch in the dugout earlier this week during a game against the Los Angeles Angels, many questioned whether or not that was allowed.

MLB then called Yost and told him that he was not allowed to use his Apple Watch during games, according to Kansas City Star reporter Andy McCullough. Yost explained to MLB that when not connected to his iPhone, Apple Watch is nothing more than a glorified clock. “When you’re away from your phone, all it is is a watch. It’s just a clock,” Yost told MLB.

Outside of the dugout, Yost says that he uses his Watch to keep track of his fitness progress and check the weather. For what it’s worth, Yost was ejected for arguing with umpires during tonight’s game against the Cincinnati Reds. That’s more time he can spend with his Watch, though.