Apple is continuing to tweak its Apple Watch showroom experience within Apple Stores. Upon the initial rollout of the Apple Watch in April, Apple Stores installed large glass tables as a showcase for the different Apple Watch variations. Customers could test drive the Apple Watch via a demo unit connected to an iPad mini or try it on at a series of try-on stations. Following a pilot program across select Apple Stores across the world, Apple has now begun a widespread rollout of a new Apple Watch testing program called Mobile Try-On, according to Apple Retail employees.

As we noted in a recent article, Angela Ahrendts briefly discussed the program in her most recent weekly video message to employees. Mobile Try-On allows retail employees to walk around the store with an Apple Watch demo unit on their wrist paired to an iPhone with the Apple Watch Companion application. Unlike with the Apple Watches in the try-on section, these devices are fully operational, and unlike the units attached to iPads around the store, these can actually be worn and fully used. 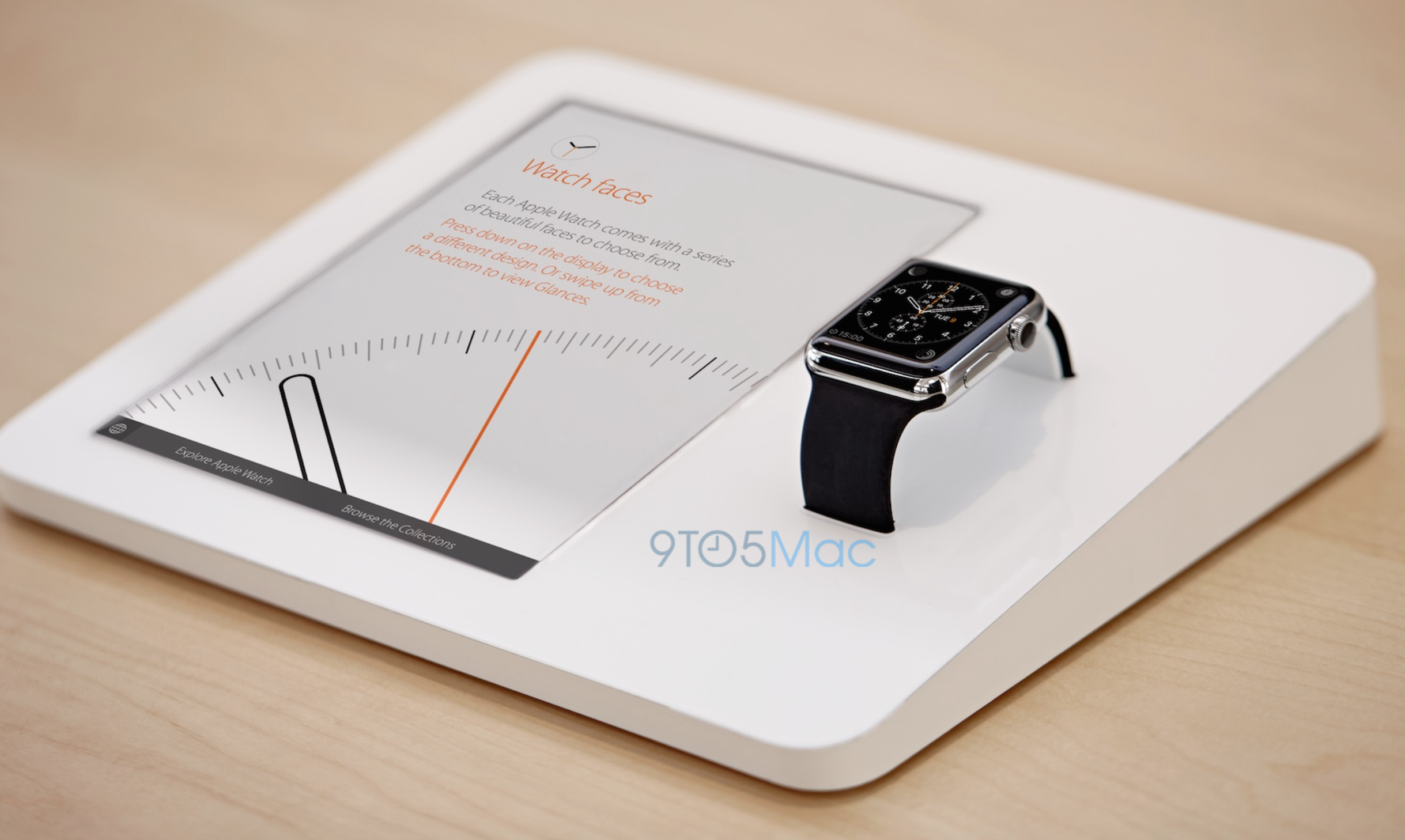 Here is Apple’s memo to employees about the new Apple Watch demo strategy for stores:

Now you can give customers browsing collections at the Display Table a hands-on experience of the Apple Watch in a simple, nature way, and then navigate to the Try-On Table. Take advantage of the paired iPhone to show how they work together.

In the Family Room, customers waiting for appointments can experience Apple Watch. Find out their favorite iPhone feature and show how the Watch can make it better, or show off Calendar events or text messages sent straight to their wrist.

Customers looking for accessories can experience Apple Watch too. When they’re browsing Beats headphones, it’s a chance to demo how the Apple Watch Music app can control volume and select tracks. Use Siri to play artists, radio, or tracks from the Apple Music library.

Apple is encouraging employees to demonstrate five specific features: customizing watch faces, asking a friend out to coffee via Siri, sending an audio message in the Messages app, rearranging apps on the Home screen, and pinging an iPhone via Glances on the Apple Watch. Earlier this month, Apple began speeding up the Apple Watch try-on process by no longer requiring appointments.