Apple has published the eighth beta version of OS X El Capitan to its registered developers. The operating system is expected to be released later this year, with an announcement coming at Apple’s September 9th event.

The newest build likely contains only some final bug fixes for the pre-release software since it will be released to the public in the near future. However, recent betas have introduced some new settings and features, so it’s possible there could be more in this update. 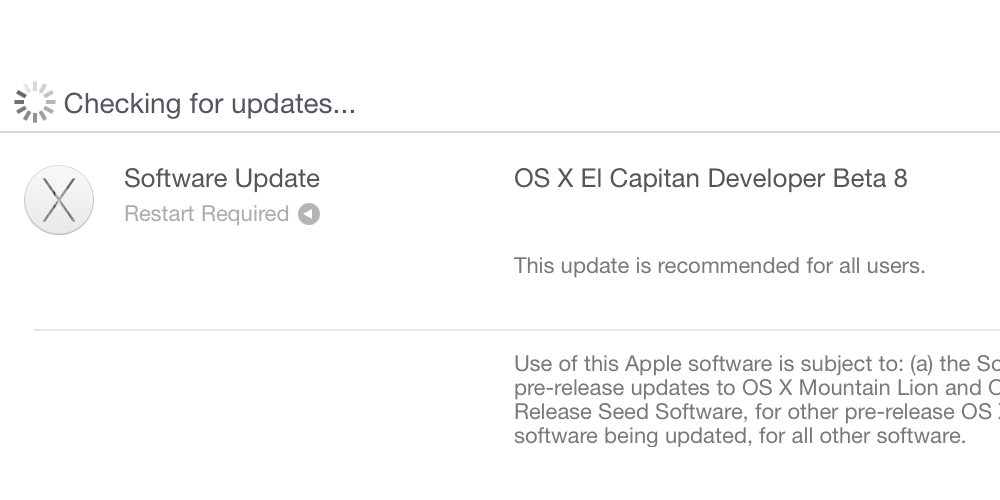 Both betas are available in the Updates tab of the Mac App Store. Developers should be able to grab their update from the Dev Center soon.