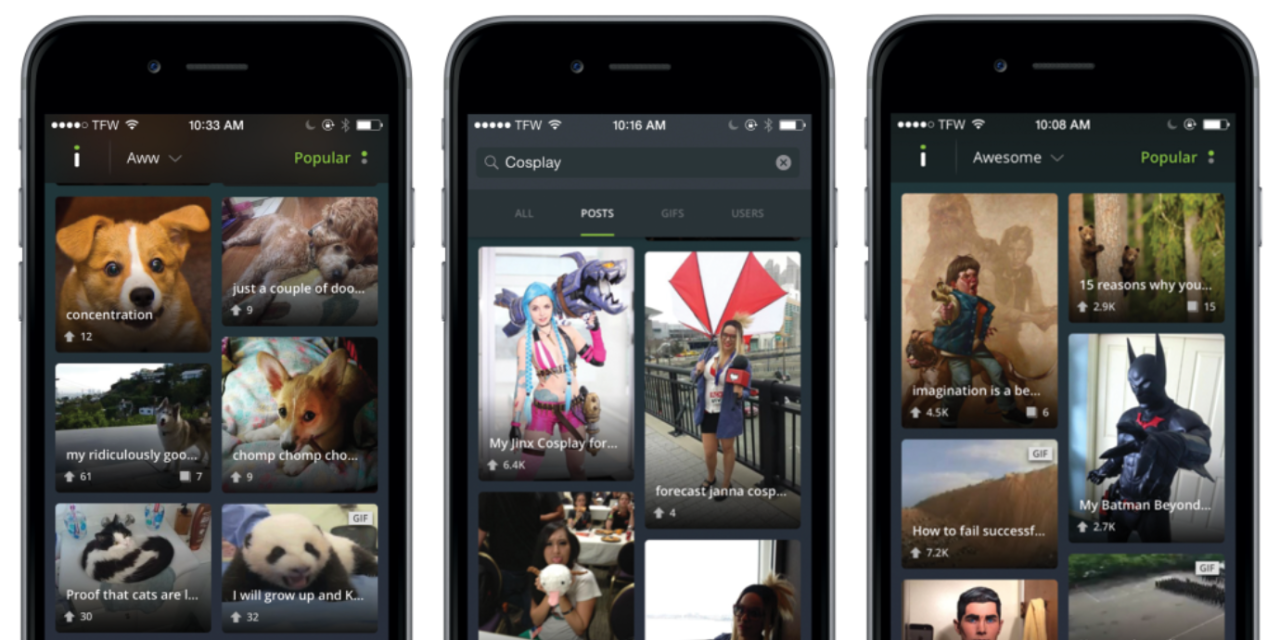 Imgur has today announced a new update to its iOS app that brings a handful of changes that have been highly requested by users. Earlier this year, the app was updated with the ability to quickly and easily upload images on the go and was also relaunched on Android with an entirely new interface. Today’s update bumps the app to version 2.4 and builds upon the features introduced earlier this year.

First off, Imgur says that the update includes a new grid view interface with large thumbnails and details about images such as headlines and votes. The update also introduces the ability to search for content. Imgur explained that both of these features were highly requested by users of its app.

In addition to those user-requested features, today’s update also improves the notification functionality of the app. You can now receive push notifications when your content “starts to go viral” and when you earn new trophies based on the performance of your uploads. Finally, the update also revamps the profile screen interface, making it easier to quickly view information about the uploader of an image.

–          The top two requests we heard from the community in regards to our iOS app was adding in a grid view that shows bigger thumbnails including more details like headlines and votes, and the ability to Search. We’re always listening to users and taking feedback, and we’re excited to share that both of these features are now available on iOS.

The Imgur update is available now on the App Store for free.