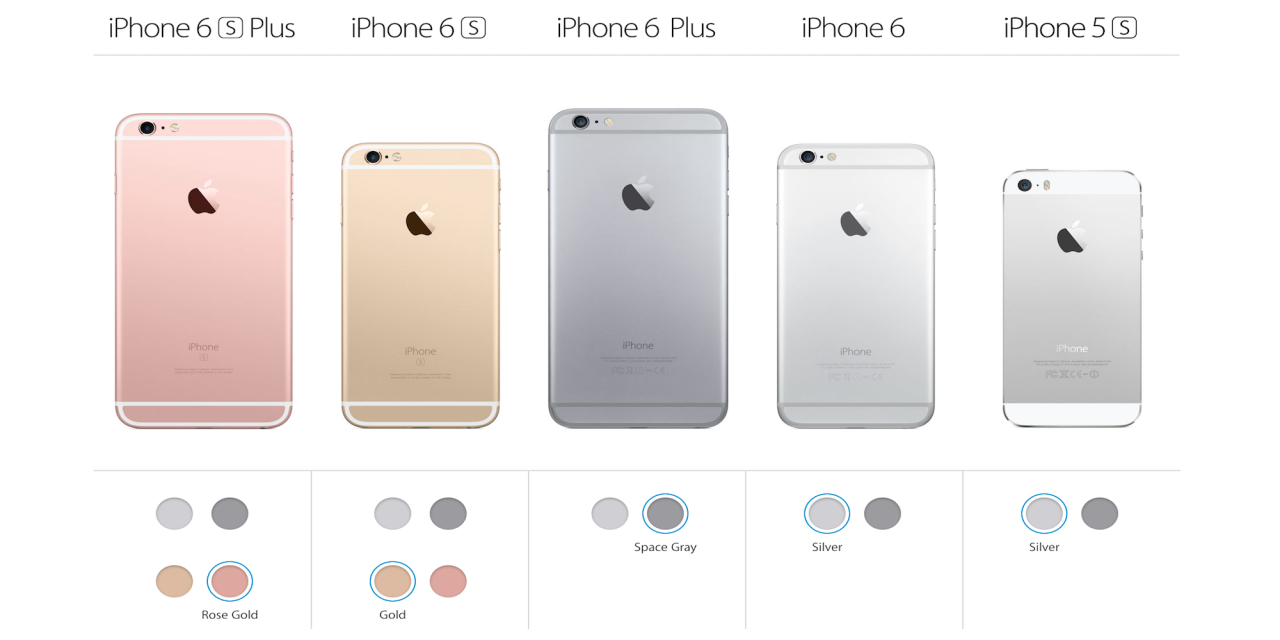 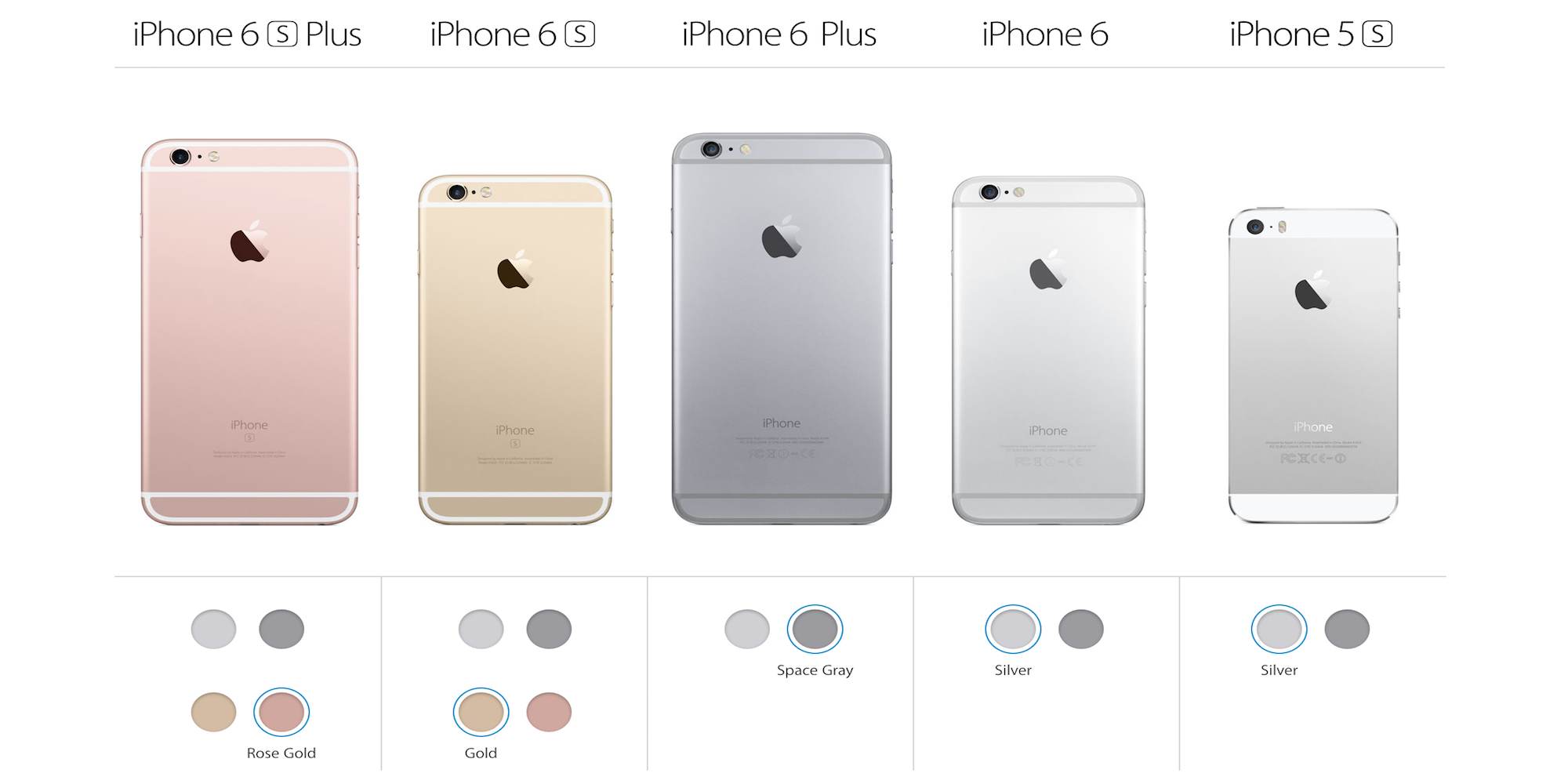 With Apple’s introduction of its new iPhone 6s and 6s Plus going on sale later this month, the company will discontinue the gold color option for the previous generation iPhone 6, iPhone 6 Plus and iPhone 5s.

As it has done in the past for new iPhone introductions, Apple announced today that it will continue selling its previous generation iPhone 6, 6 Plus, and the iPhone 5S at reduced price points after it begins selling its iPhone 6s models later this month. The new iPhone 6s and 6s Plus get a new rose gold color option in addition to the space gray, silver, and gold options that were available for the last two iPhone models, and in the process Apple appears to be discontinuing the gold model for the older devices.

As pictured above in a comparison chart from Apple’s newly updated website, iPhone 6, 6 Plus, and 5s buyers will get the option of silver or space gray going forward.