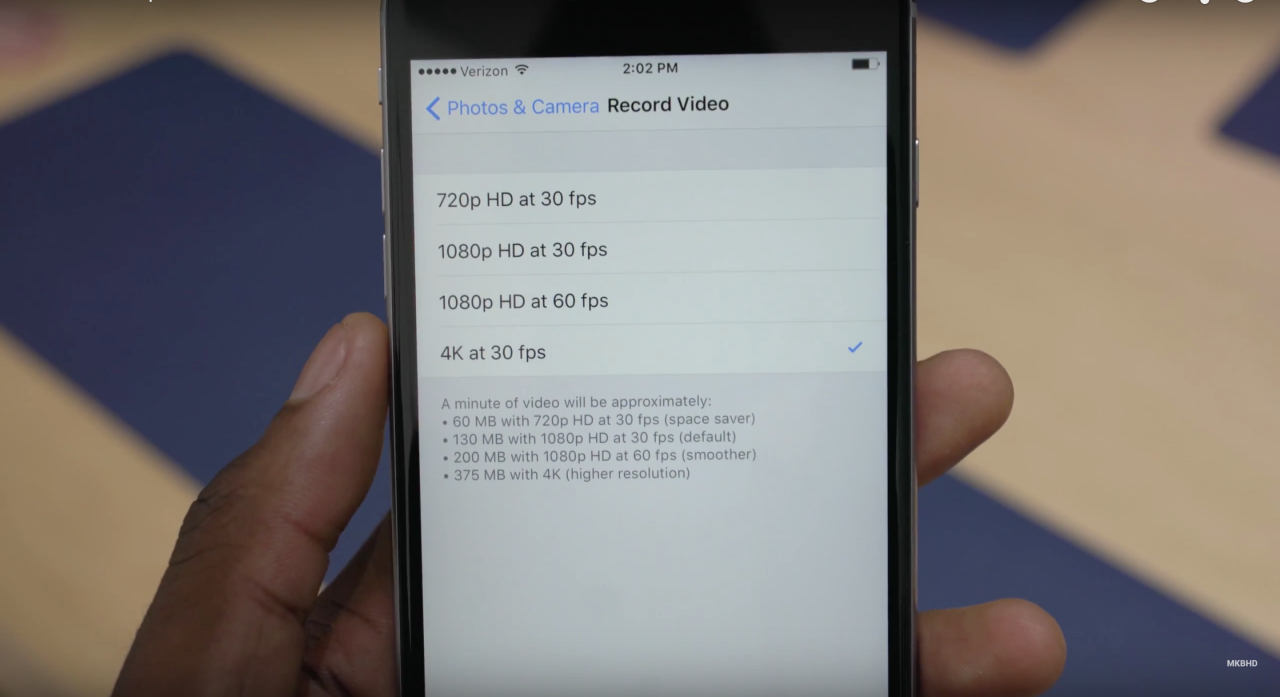 With yesterday’s announcement that the iPhone 6s will shoot 4K video, many prospective buyers may be wondering just how much space they’ll need to contain all the videos they’ll shoot.

That question has been answered thanks to Marques Brownlee’s hands-on video of the device. In that video, Brownlee briefly provides a look at the phone’s camera settings, including the space requirements for 4K video…

4K video is significantly larger than 1080p and as a result requires a lot more storage space. While a single minute 1080p footage at the standard 30 frames per second requires only 130 MB, a 4K video at the same framerate will require a whopping 375 MB.

That means if you’re eyeing the 16 GB iPhone, you’re probably going to want to turn your video size down. At that rate, you’d fill up a full 16 GB in about 40 minutes, and that’s not counting the space that’s already used up by iOS, apps, other photos and videos, music, and all of your other data.

Users on larger iPhones, like the 64 GB model, will have a little more room to stash those videos. The mid-size phone can store around three hours of footage. As you might already have guessed, the 128 GB phone can take about 6 hours of 4K video before running out of space.

Of course, all of these numbers are just estimates. Each minute of video may not take up exactly 375 MB, and available space on your phone will be less than the advertised 64 or 128 GB once the operating system is installed and all of your other data has been added. Still, these numbers should help give you a good idea of which model you’ll need depending on your video recording needs.