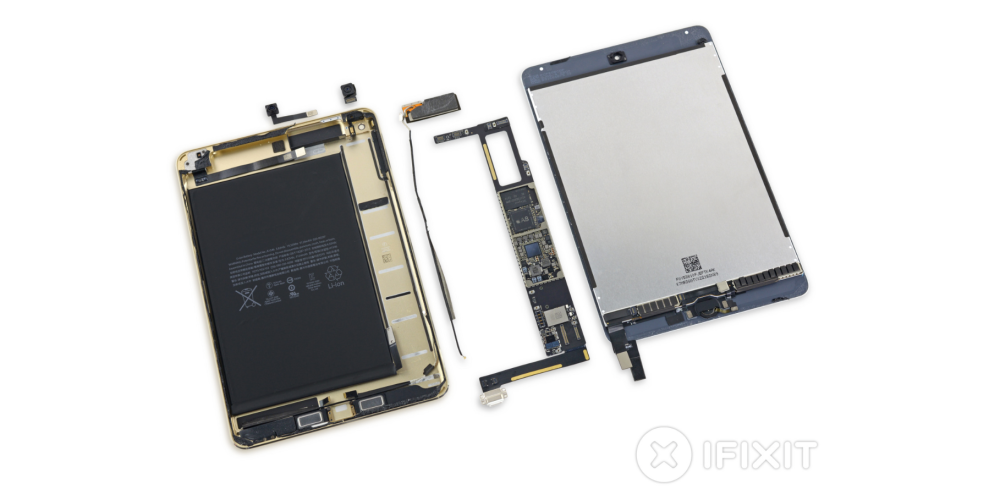 At its event earlier this month, Apple took the wraps off of a refreshed iPad mini 4 that is nearly identical to the iPad Air 2, but obviously in a smaller form factor. This evening, the crew at iFixit has shared its detailed teardown images of the iPad mini 4 and as expected, they show what is essentially a scaled down iPad Air 2.

One feature the iPad mini 4 steals from the iPad Air 2 is the fully laminated screen technology, which lends itself to a thinner design. The glass and display are adhered together, giving it a more rigid design and making screen repairs more difficult. iFixit also notes that the iPad mini has retained a battery design that makes it easy to disconnect, unlike the battery found in the larger iPads. Another small similarity between the iPad Air 2 and iPad mini 4 is that the Touch ID cable is now integrated directly into the display cable. 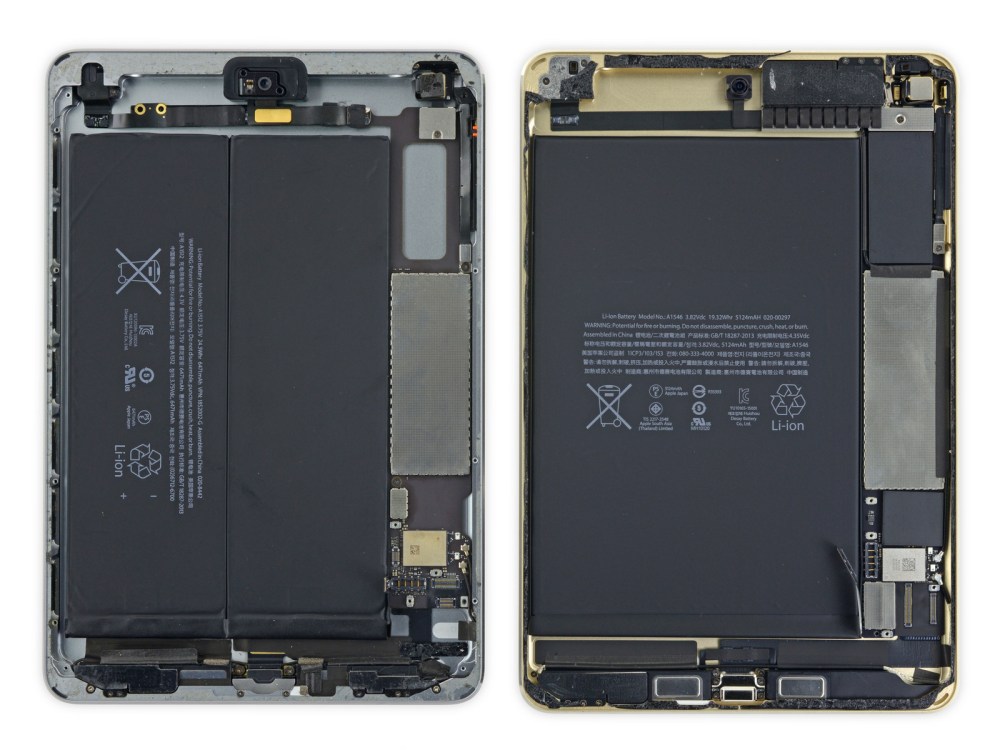 As far as the battery goes, the iPad mini 4’s power supply is both smaller and thinner than the iPad mini 3’s and is a a single cell, instead of two. The antenna design has also been changed. Half of the antennas are now located on the top of the device – like in an iPad Air – and half are located on the bottom, like a previous generation mini.