Rose Gold iPhone 6s shows up at customer’s home early, she benchmarks heck out of it [Gallery] 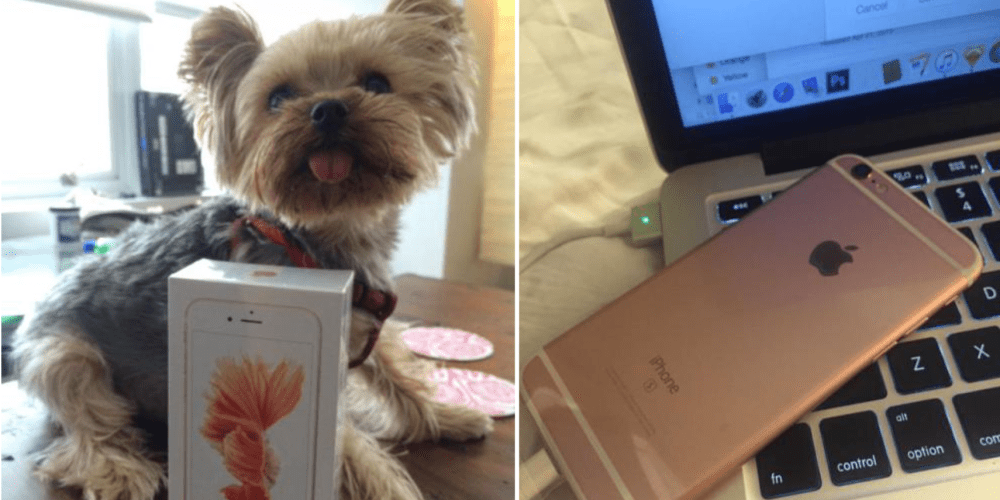 While the iPhone 6s and 6s Plus aren’t supposed to start arriving to pre-order customers until this Friday, at least one lucky AT&T customer got a surprise today. A Twitter user by the name of @MoonshineDesign based in San Diego today received her iPhone 6s in the new Rose Gold color variant. According to her tweets, she ordered the device through AT&T.

The official @ATT Twitter account even went as far as to congratulate the recipient of the early iPhone and compliment her puppy, seemingly oblivious to the fact that the device should not have arrived until Friday.

At this point, it doesn’t look like anyone else has received their iPhone 6s ahead of schedule, although as the week progresses, it’s entirely possible that more devices will arrive ahead of schedule. Apple usually, however, does a relatively good job of working with UPS and other delivery services to ensure that there are few, if any, early arrivals. Some customers, however, claim that their tracking numbers show delivery dates as early as tomorrow, the 22nd.

Earlier today, Apple sold out of all iPhone 6s and iPhone 6s Plus units on Apple.com ahead of the official release on Friday. For now, the only solution to getting an iPhone 6s on launch day is to take the classic “wait at an Apple Store” approach on Friday. Likely for several hours.