As we reported last week, Philips is readying new HomeKit enabled smart home accessories, including new lights with better color reproduction and a HomeKit-compatible bridge box, for early October launch. However, it seems that some of the new products have appeared on sites like Amazon and Best Buy a bit prematurely, as Philips is yet to officially acknowledge the new devices.

This is not a complete list of what Philips has in the wings, more should surface soon … 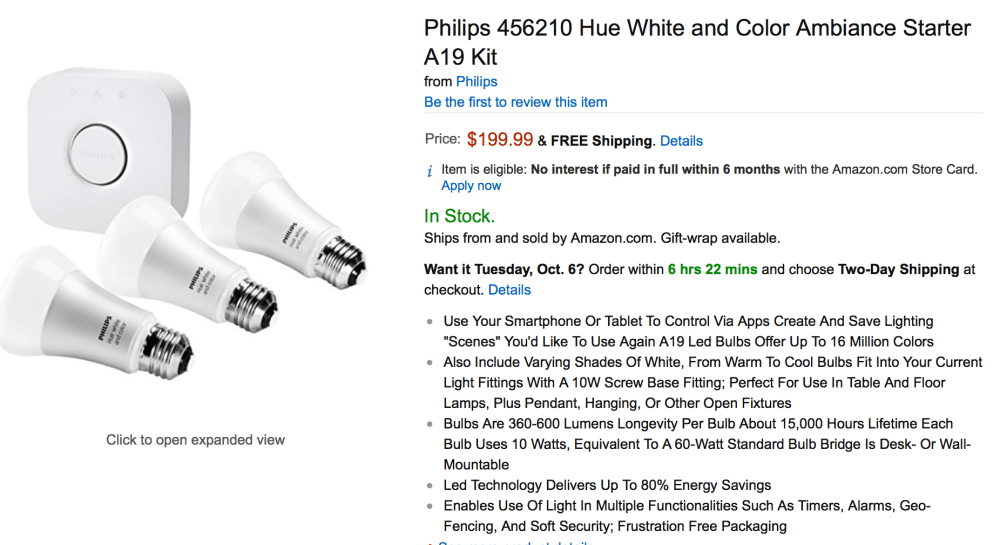 Combined with the new bridge box, the Hue lights finally bring full support for Apple’s HomeKit technology allowing you to control Hue lights using integrated apps on the iPhone and with voice commands through Siri, such as ‘turn off all the lights’ or ‘start the party scene’. The Hue Bridge only supports HomeKit light protocols however, so devices like the Hue Tap will not be included in the HomeKit ecosystem.

One user on Reddit has already got his hands on the new gear and has posted some photos of the new products. It also confirms that one of the new Hue lights can indeed max out at 800 lumens, as we claimed in our report from last week.

We had heard an official launch was planned for October 6th. This may have been brought forward given the advance listings on Amazon and other sites. Hue lights were already popular; the addition of HomeKit integration will only continue their trajectory into the smart home.