Since the Apple Watch debuted earlier this year, Wristly has been tracking interesting user data around customer activity, satisfaction, and much more. The latest survey taken focuses primarily on Apple Watch bands by asking volunteer participants which band came with their Apple Watch at purchase, if they’ve already bought additional bands or plan to buy more, and even a question about the new Apple TV… 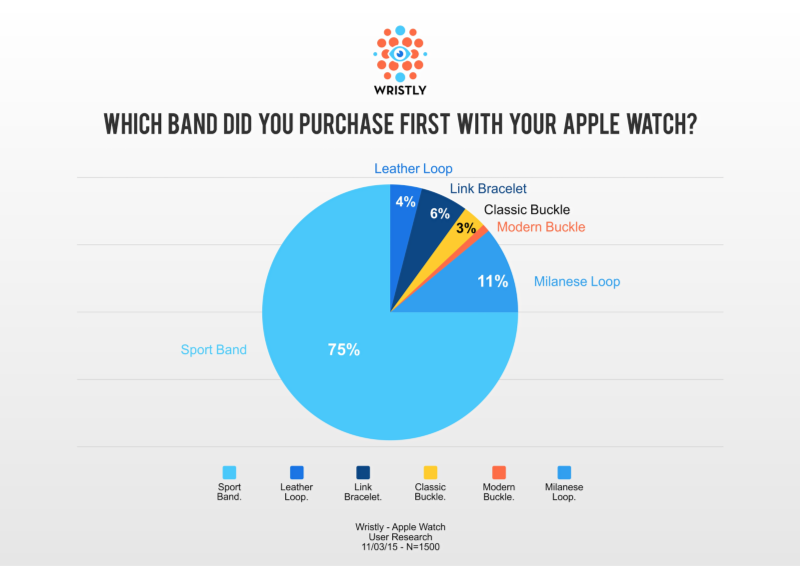 The most popular band acquired during initial Apple Watch purchase for Wristly’s participants is rather unsurprising: Sport. The $49 band comes in multiple colors across the Sport, Watch, and Edition collections, and has the lowest purchase price for any Apple Watch.

But how popular is Sport band as the first option according to Wristly’s survey? Three out of four participants opted for Sport to start. The same survey found that while 61% of participants own one Sport band, 25% surveyed own multiple Sport bands.

Runners-up include the $149 Milanese Loop at 11%, followed by 6% Link Bracelet, 4% Leather Loop, 3% Classic Buckle, and about 1% Modern Buckle. The Milanese Loop ranking next in popularity is likely due to its affordable price for a metal option relative to the $449 Link Bracelet. 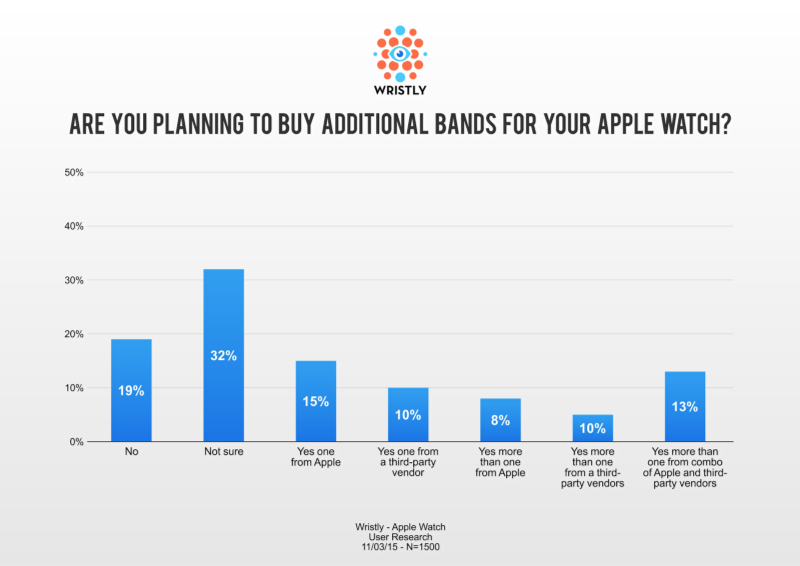 Looking forward, Wristly asked how many participants plan to buy additional bands in the future. 23% surveyed say they expect to buy one or more bands from Apple while 20% will shop third-party vendors for options; 13% expect to buy from both. And while many plan to buy more bands from Apple or others, 19% surveyed have no plans for more bands and 32% are undecided. Wristly notes that it’s interest in third-party bands that has notably climbed here.

Finally, when it comes to buying an Apple Watch and planning to buy the new Apple TV, there’s overlap from brand loyalty just as you would expect. 56% surveyed plan to buy their first or add a new Apple TV with a whopping majority of responders being upgraders.

If there’s one key takeaway from this data for me, it’s that Apple knew what it was doing when it refreshed the Apple Watch lineup with new bands, mostly new Sport colors, going into the holiday season rather than doing nothing or delivering a totally new Apple Watch.

You can read the full report and see more charts at Wristly.