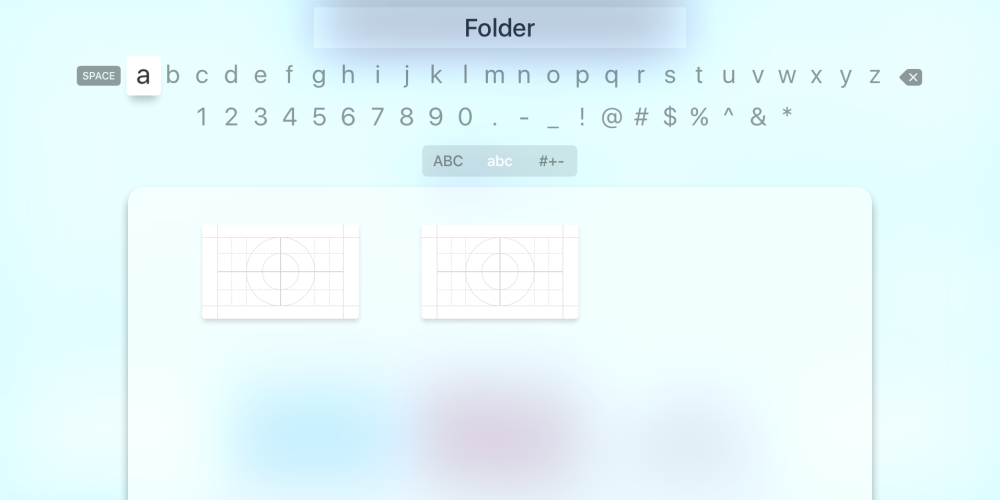 Apple released the first tvOS 9.1 beta to developers earlier this week, but it lacked the addition of one major feature many have been calling for: folder support on the homepage. Now, well-known developer Steve Troughton-Smith has discovered that out of the box, the tvOS user interface features “pretty complete” folder support…

Smith dug deeper into the tvOS 9.0 build and was even able to hack folders into working. He has since been playing around with it and has shared images of the feature on Twitter. Smith noted of how users would be able to name folders, much like iOS, as opposed to just using the suggested names that Apple provides based on the apps’ categories in the App Store.

To delete an app from a folder, you would simply press the play/pause button on the remote. The folders appear to offer a 3×3 setup, meaning you could fit 9 apps on a single page.

Apple has made a couple of minor behind the scenes changes to the App Store on tvOS since the fourth-gen device launched last week, including adding Top Charts and categories. While those features were able to be added by Apple in the background, the addition of folders would almost certainly require an OTA update, in the form of tvOS 9.1 or 10.0.