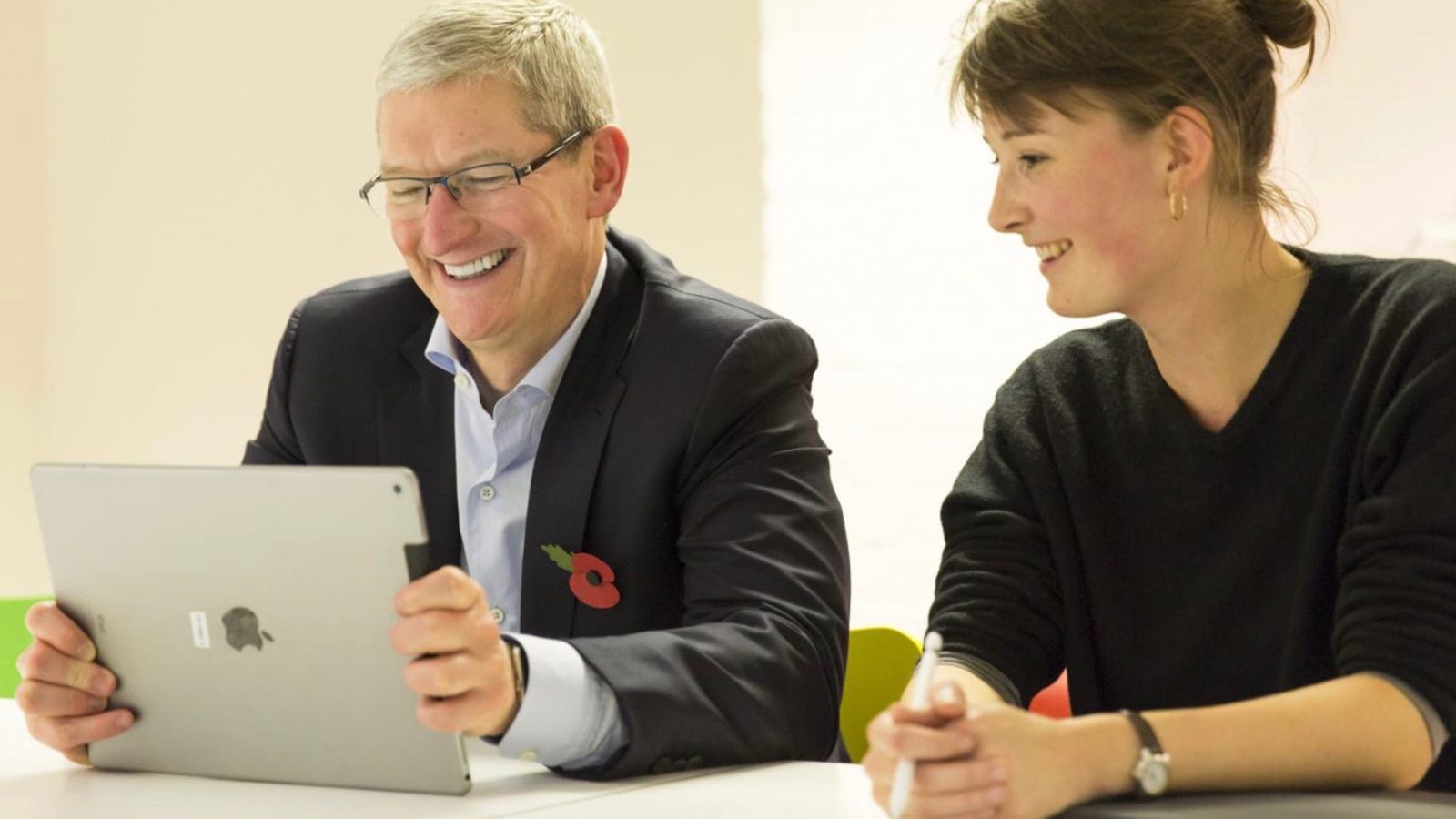 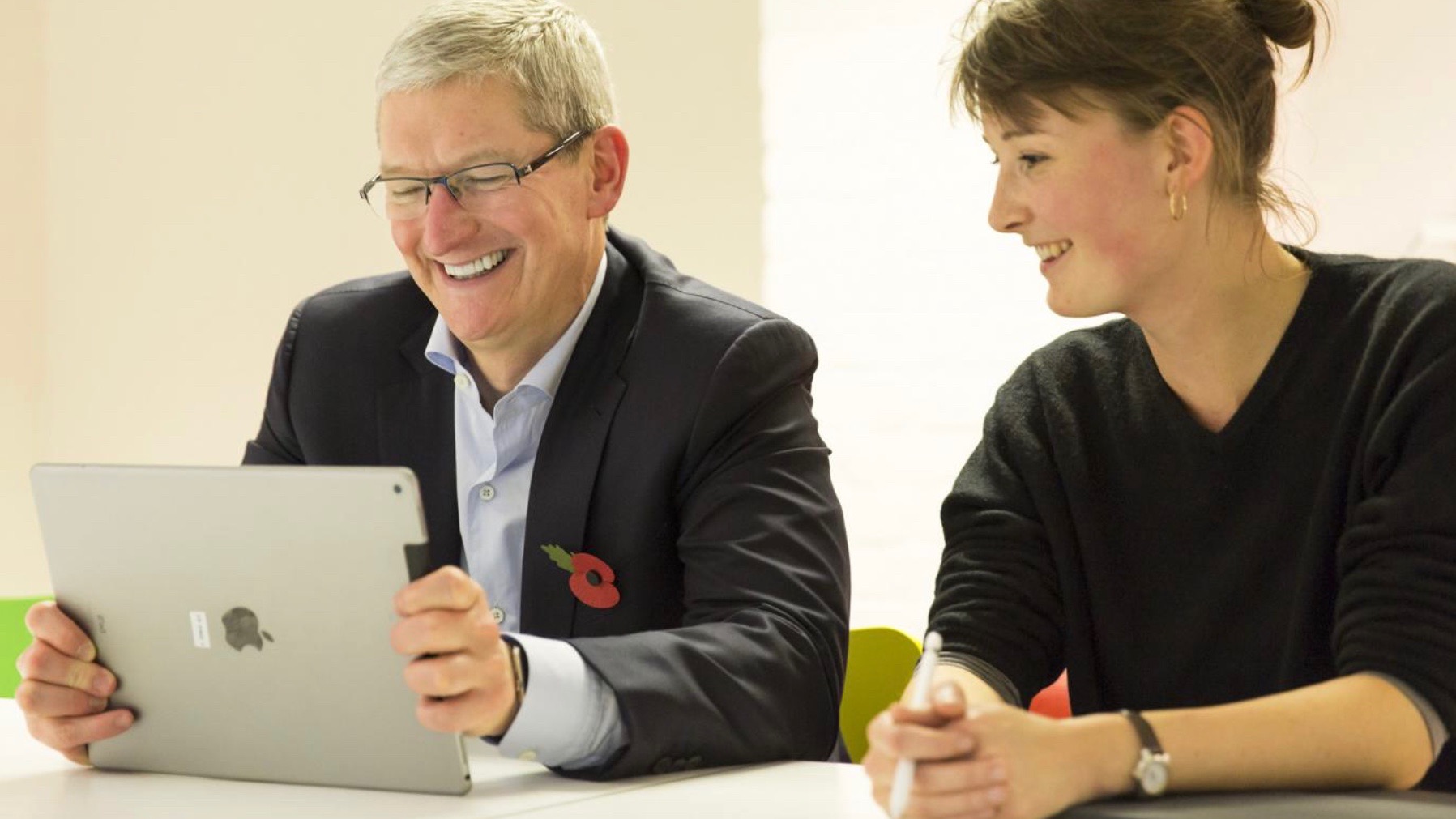 We first reported and Apple today announced that iPad Pro will go on sale starting Wednesday with a retail launch later this week, and Apple executives are taking the 12.9-inch tablet on a media tour to hype it up. Apple CEO Tim Cook is traveling around London today, visiting Touchpress and chatting with The Independent, while CNN Money has shared its interview with Eddy Cue showing off the massive iPad. In his pitch, Cook described the iPad Pro with Apple Pencil as a potential replacement for the sketch pad, something past iPads have attempted but struggled to do. Cook went as far as to say that the Apple Pencil isn’t actually a stylus but something else entirely.

“Well, we didn’t really do a stylus, we did a Pencil. The traditional stylus is fat, it has really bad latency so you’re sketching here and it’s filling the line in somewhere behind. You can’t sketch with something like that, you need something that mimics the look and feel of the pencil itself or you’re not going to replace it. We’re not trying to replace finger touch, we’re complementing it with the Pencil.”

When asked about Apple’s strategy to introduce a more expensive iPad and not a more budget-friendly version, Cook declared that “there are no good £50 tablets” while adding that he believes the iPad Pro will attract PC users and non-Apple customers as well as existing iPad customers in need of an upgrade.

Cook also described the Smart Keyboard accessory as benefiting from being made by the same company as the iPad, adding that he’s traveling with just his iPad Pro and iPhone (well and Apple Watch but sorry Mac fans): “I’m travelling with the iPad Pro and other than the iPhone it’s the only product I’ve got.”

Eddy Cue, Apple’s head of iTunes and iCloud, has also been promoting the new, larger iPad. Cue brought out an iPad Pro last week at Dropbox’s enterprise-focused event, and today CNN Money has shared new footage from their recent interview with Cue.

While the Pro name in the larger iPad suggests it’s geared toward professionals, Cue hints on something that others will likely agree on: the iPad Pro is also better for consuming content, not just creating it. Cue discusses the immersive experience of web browsing and reading emails on the larger iPad, something you can do simultaneously in full-size now. You can also see CNN’s iPad app running on the iPad Pro in the clip.

Four separate speakers and a 12.9-inch Retina display should make the iPad Pro a nice portable screen for watching movies and TV shows, assuming that’s not the only reason you buy the $800 tablet.