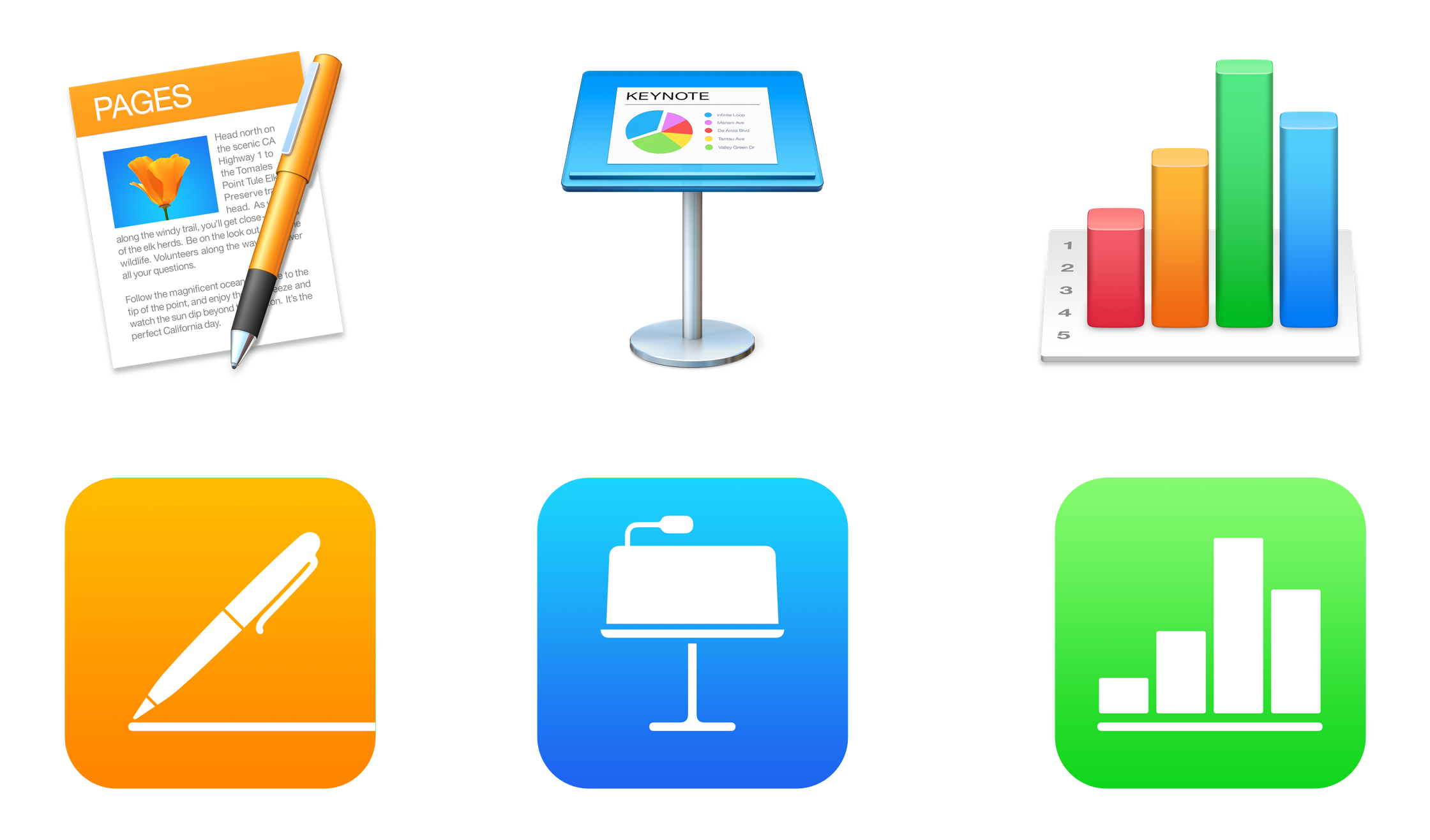 Apple has released updates for its entire suite of iWork apps today on both iOS and OS X. The updates include bug fixes for issues with some Microsoft Office documents and stability fixes across both platforms.

Other fixes on the Mac side include an issue that affected exporting presentations as images and master slides that included links in Keynote, and a problem that prevented users from being able to look up the definition of words in lists while using Pages.

The iOS version of Numbers also gained a fix for a problem where documents would not open to their last saved position. The mobile Keynote app got a fix for an issue with opening presentations that contain many images.

You can download the apps at the links below. The updates are free for existing users. For first-time buyers the Mac apps are $19.99 and the iOS versions are $9.99.