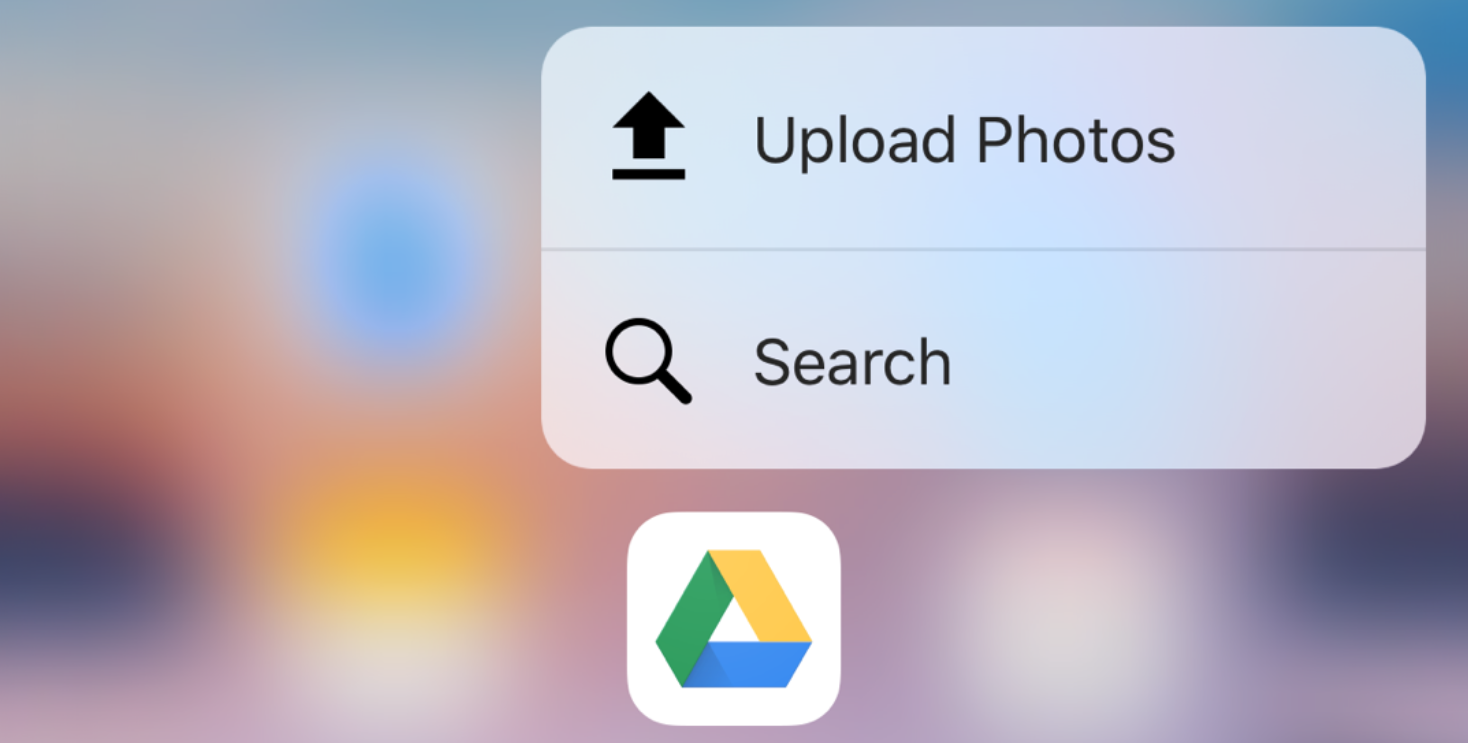 Google today has updated its Drive app on iOS with a handful of notable new features and enhancements. First off, today’s update to Drive, which bumps the app to version 4.4, adds 3D Touch support for iPhone 6s and iPhone 6s Plus users. Now, pushing with more pressure on the Drive app icon will bring up two options, one to quickly upload photos and another to quickly search the contents of your Drive.

Next, the update adds the ability to receive push notifications whenever a new file is shared with you. Also, searching through Spotlight in iOS will now bring up files you have saved in Drive, allowing you to easily jump to it without first having to open to open the app. 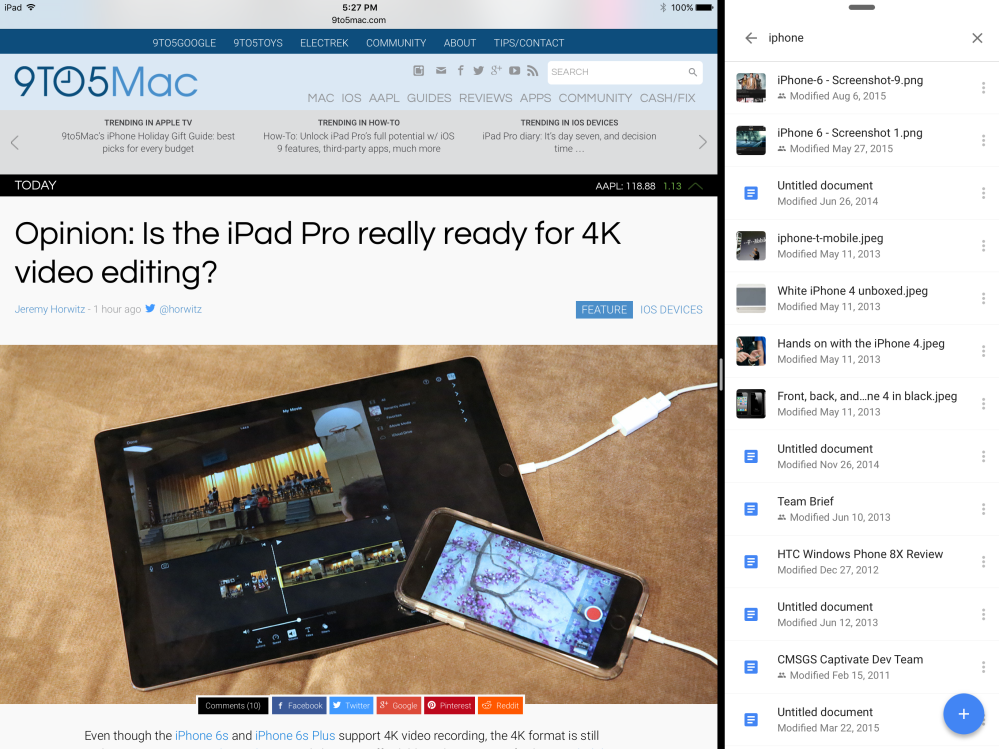 Finally, version 4.4 of Google Drive for iOS adds support for Split View and Slide Over multitasking on iPad and iPad Pro. While these features aren’t mentioned in the changelog of the update, they appear to be new in this version. Now, while using Drive on an iPad, you can have the app running on part or half of your display while another app occupies the rest of it.

The changelog for there update can be seen below. The latest version of Drive is available now on the App Store for free.

• Get notifications for new files shared with you • Use 3D Touch to open recent files, upload photos or search • Find and open files in Drive from iOS Search

Likewise, Amazon Video for iOS has also been updated with support for 3D Touch, Slide Over, and Picture in Picture support. The update also optimizes the app for iPad Pro and introduces auto-play for your binge-watching habits:

– With X-Ray you’re one tap away from IMDB information on actors, songs, and trivia as you watch videos. – Can’t wait to watch the next episode of your favorite TV show? With Next Up, when the current episode you’re watching ends, the next episode automatically plays. – 3D touch quick actions let you access your favorite features faster and in fewer steps (only available on iPhone 6s and 6s Plus) – Multitask while you watch videos with Picture in Picture and Slide Over (on supported devices) – This version of the app adds support for iPad Pro

Finally, Microsoft’s OneDrive app has been updated with 3D Touch support today, as well. Now, pressing on the app icon with more pressure will offer the ability to quickly access your most recent files. Full changelog:

– 3D Touch Support: Quickly get to your most recent files from the OneDrive icon on your home screen. – By popular demand: Scoped folder search for your personal OneDrive account. – Microsoft Intune mobile application management support.