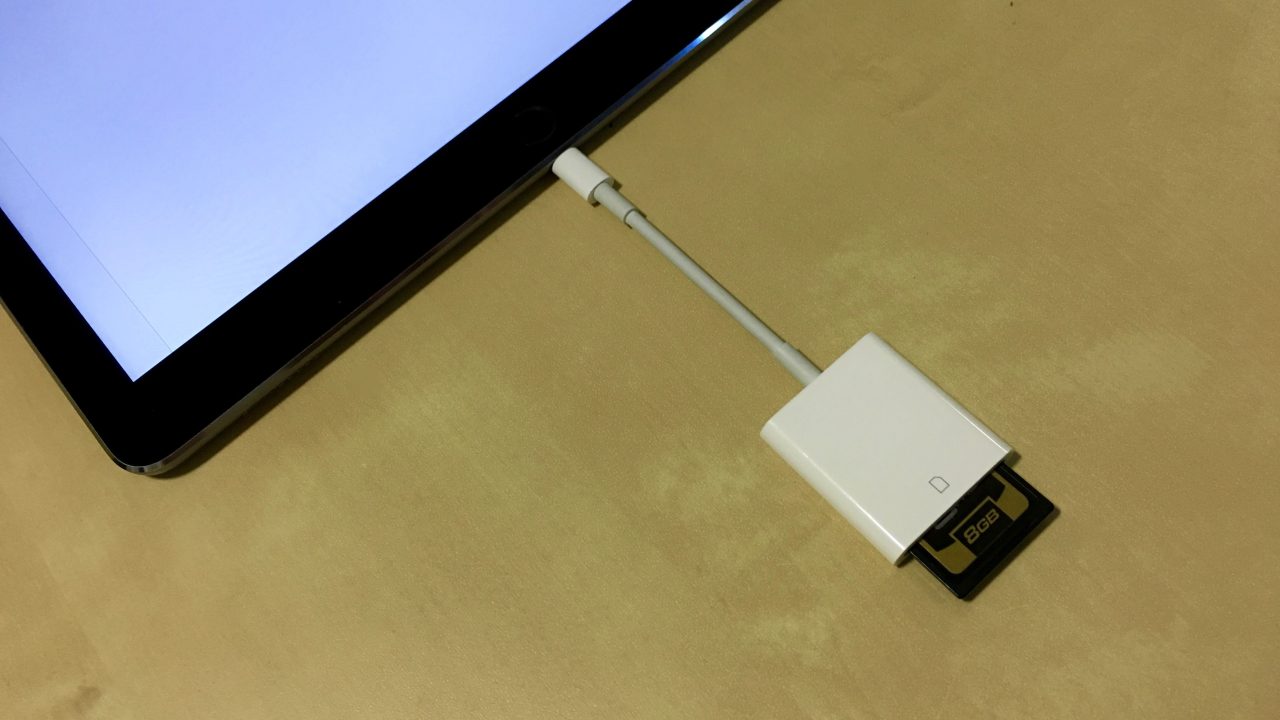 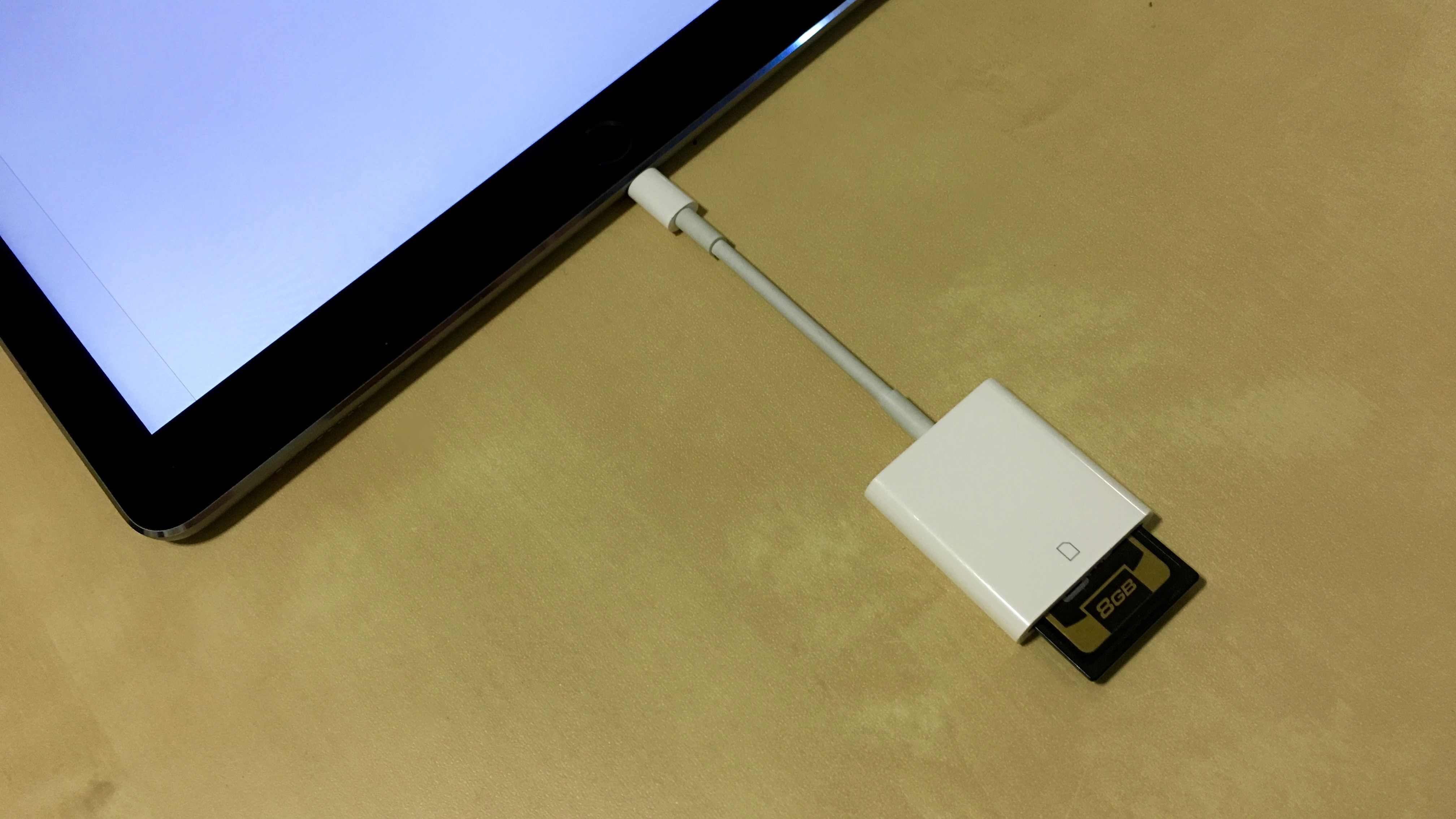 A bumpy battery case isn’t the only new product from Apple this month. The iPad-specific Lightning to SD Card Reader has been replaced with a newer version with the same name, appearance, and price, but one important electronic difference. It now takes advantage of the faster USB 3 transfer speeds supported by new iPad Pros and works with iPhones…

As was the case with its predecessor, the new Lightning to SD Card Reader allows iPad users to import photos and videos from SD cards used in digital cameras for viewing and editing on the tablet. For many people, this adapter is critical for using an iPad to replace a laptop for photo editing, as iPads can’t read SD cards otherwise. The updated adapter also works with iPhones for the first time.

Apple notes that the updated adapter only benefits from faster speeds on the new iPad Pro, as all previous iPads don’t feature the same upgraded Lightning port. Curiously, the Lightning to USB Camera Adapter, which lets you connect cameras and other devices including the iPhone primarily for video and photo transfer, does not yet appear to have an updated version to support USB 3 transfer speeds.

Using the new Lightning to SD Card Reader adapter with iPad Pro should result in faster transfer speeds between SD cards and the high end iPads, which will be most noticeable when transferring larger files like high-resolution images and 4K videos.

The old and new adapters are hardly distinguishable from one another aside from part number, so be careful when buying if you have an iPad Pro or expect to use the adapter with a future iPad model. Model MJYT2AM/A supports USB 3 on iPad Pro and works with iPhones, while MD822ZM/A is limited to USB 2 speeds on all iPads and doesn’t work with iPhones.