The all-new djay Pro was built with the iPad Pro in mind with impressive support for iOS 9 multitasking through Split View and Slide Over in both landscape and portrait. Like all side-by-side apps, this works best on the iPad Pro’s 12.9″ display but also works on the 9.7″ iPad Air 2 and 7.9″ iPad mini 4. This lets you put djay Pro next to Safari, Tweetbot, or even Crossy Road for some mixing while weaving through traffic. It’s unclear if GarageBand will support Split View and Slide Over when it updates for iPad Pro, but ideally djay Pro and GarageBand running side-by-side would be killer and Algoriddim is ready. 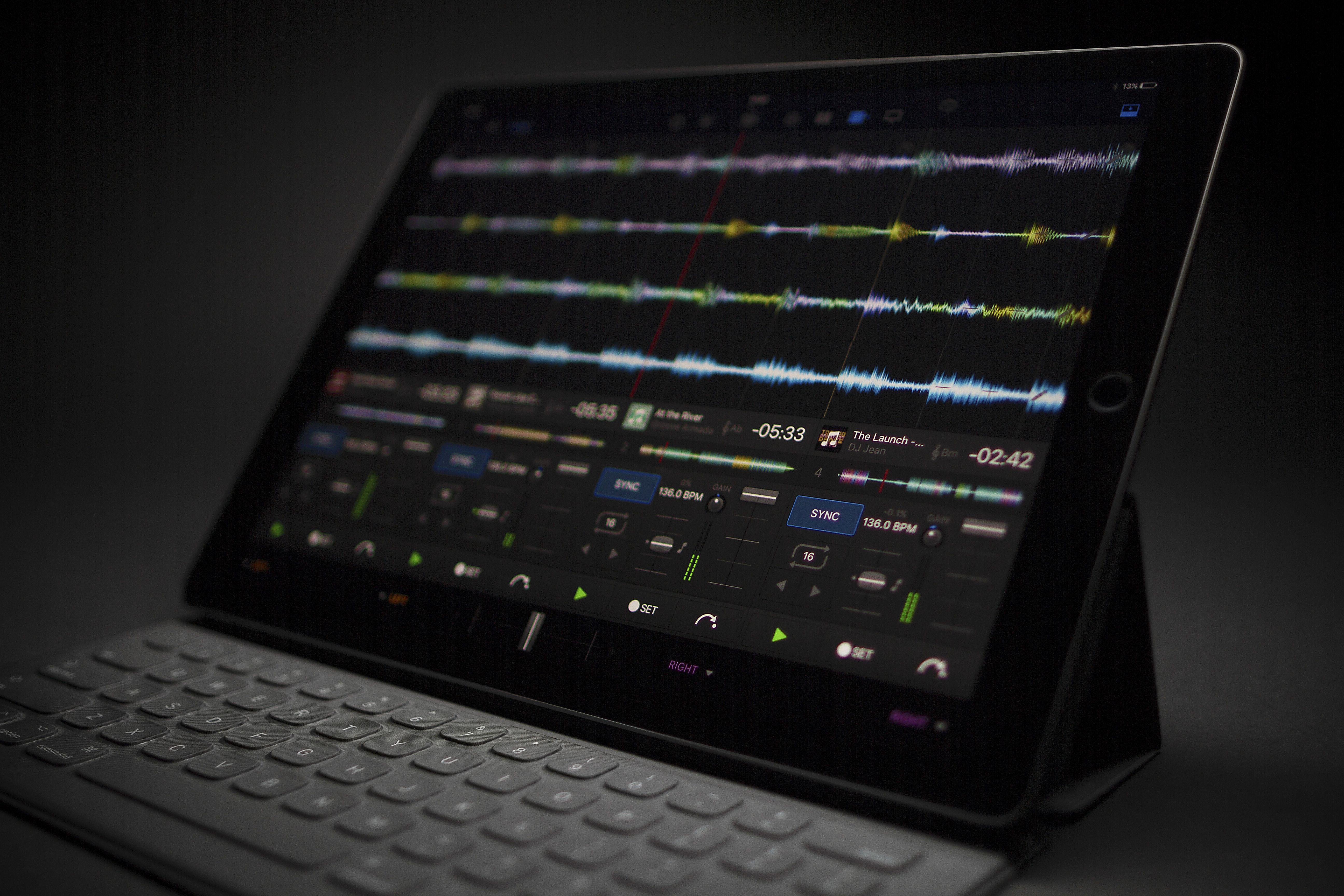 Adding to the desktop level features, djay Pro supports more than 70 keyboard shortcuts for hardware keyboards including Smart Keyboard and Bluetooth keyboards. That’s more keyboard shortcuts supported by any single app I’ve seen yet that the shortcut list that pops up when you hold the Command key is paginated across multiple sheets. Compare to these to see for yourself. 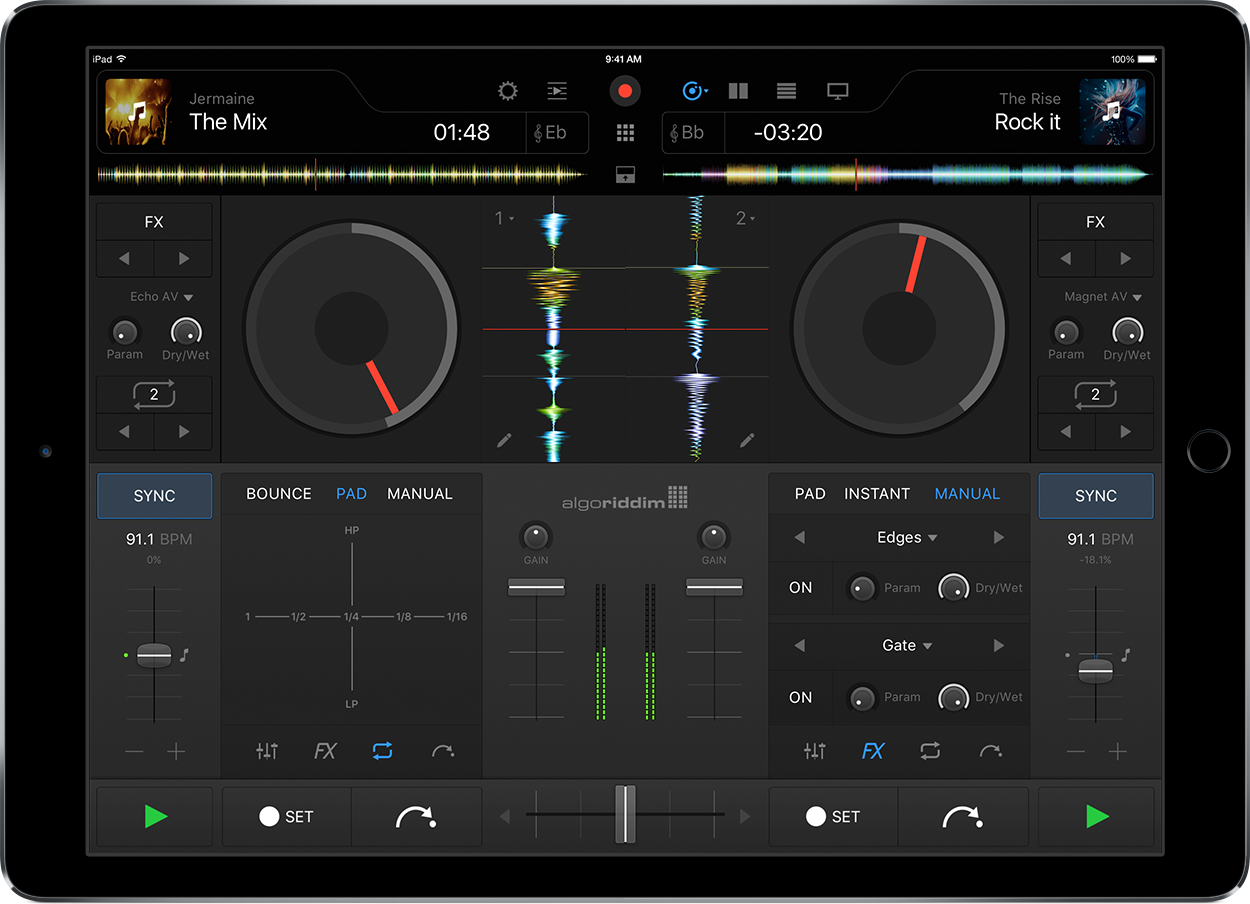 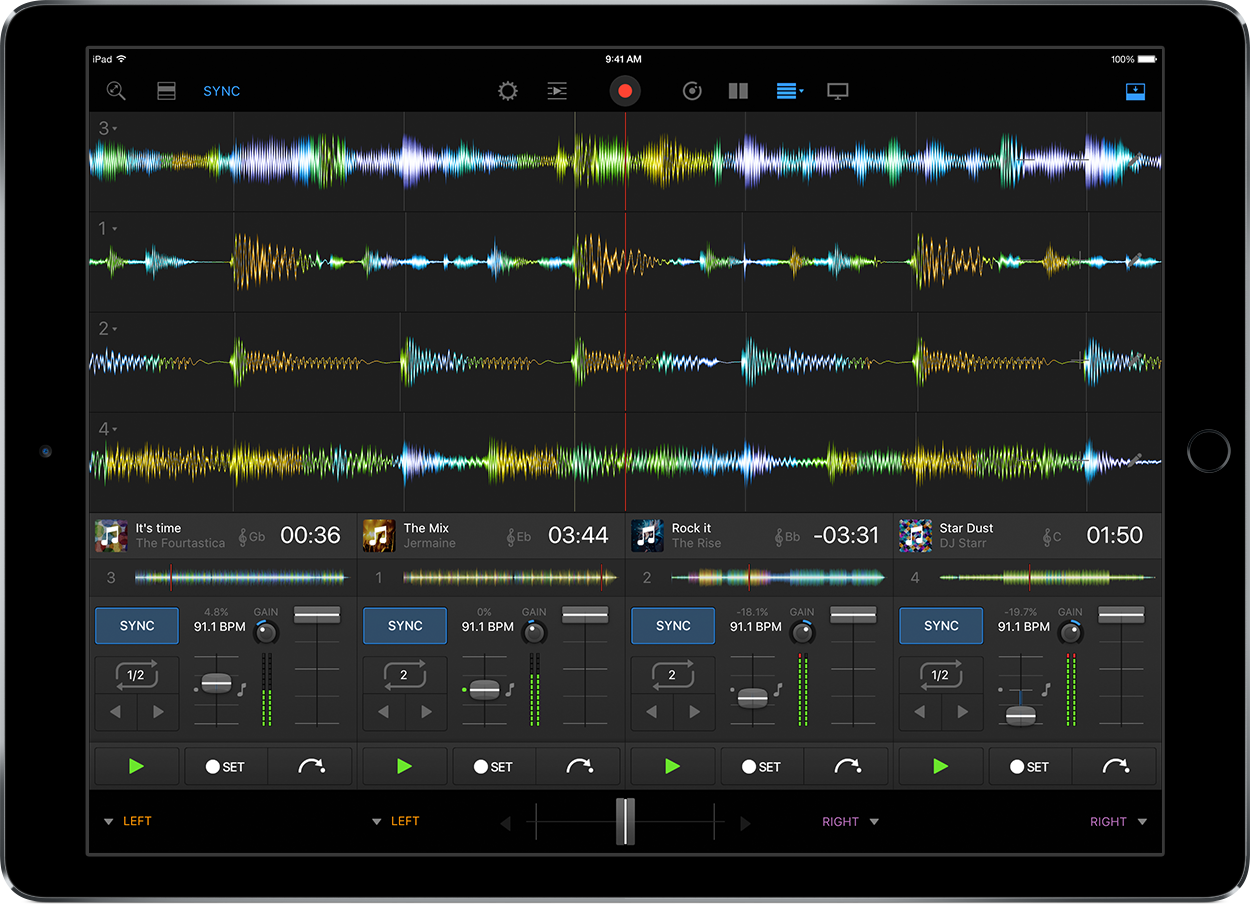 Plus djay Pro now supports up to four audio tracks at the same time on the iPad, and up to two 4K video streams at 6o frames per second. You’ll also discover highly impressive video effects that mix right with the music including transitions, titles, and overlays. 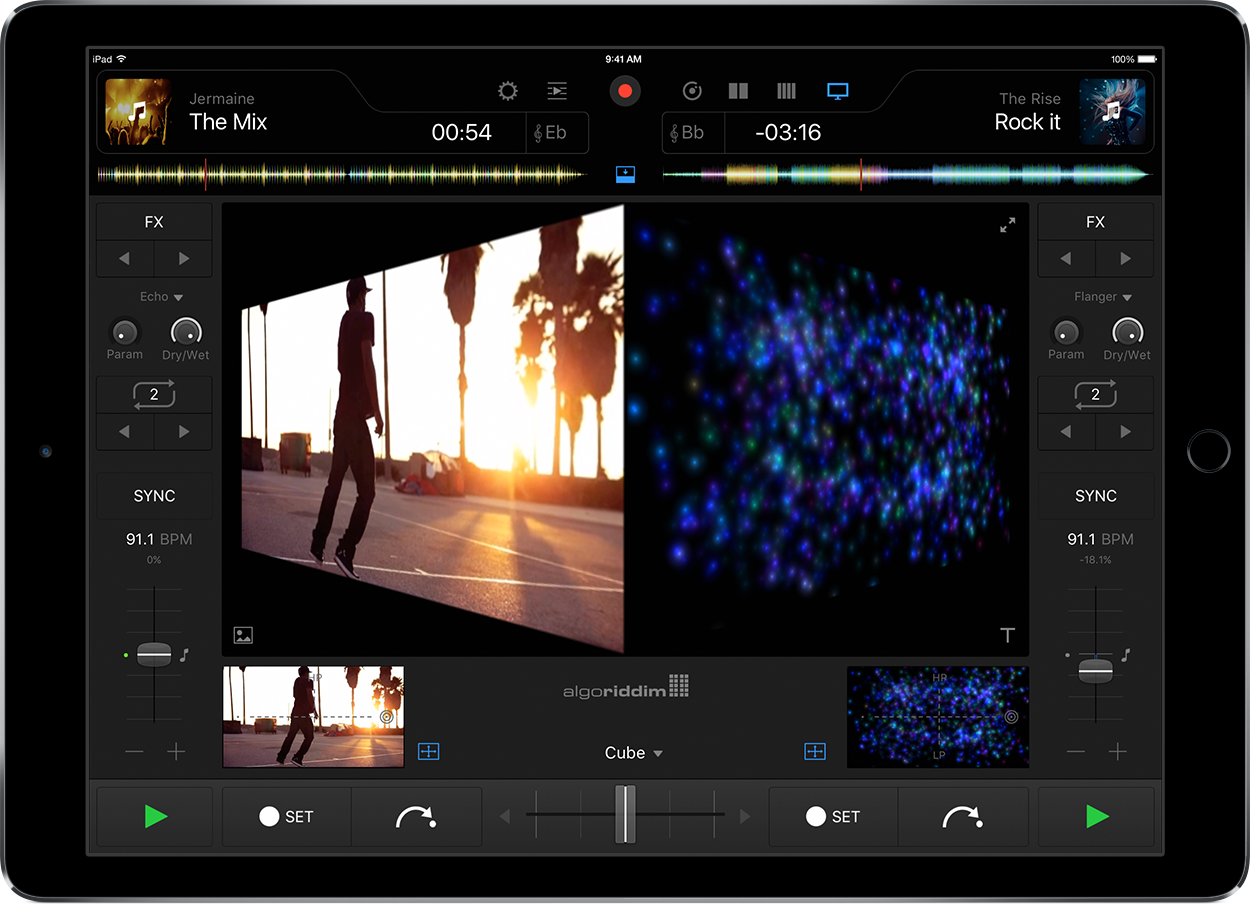 There’s also Spotify integration for subscribers so you can have their massive streaming catalog right within djay Pro, of you can use your own music or a mix of both. And Cue Points, beat grid edits, metadata, and FX purchases sync now between Mac and iOS so you can access these on both platforms.

You can grab djay Pro for iPad at a launch price of $19.99 from the App Store today so both new customers and upgraders pick it up before it goes to its regular $29.99 price, competitively priced against the $50 djay Pro for Mac. Marking the djay Pro for iPad launch, djay for iPhone and Apple Watch is free for a limited time.