Apple Watch by the (estimated) numbers, and 11 claimed myths about the wearable 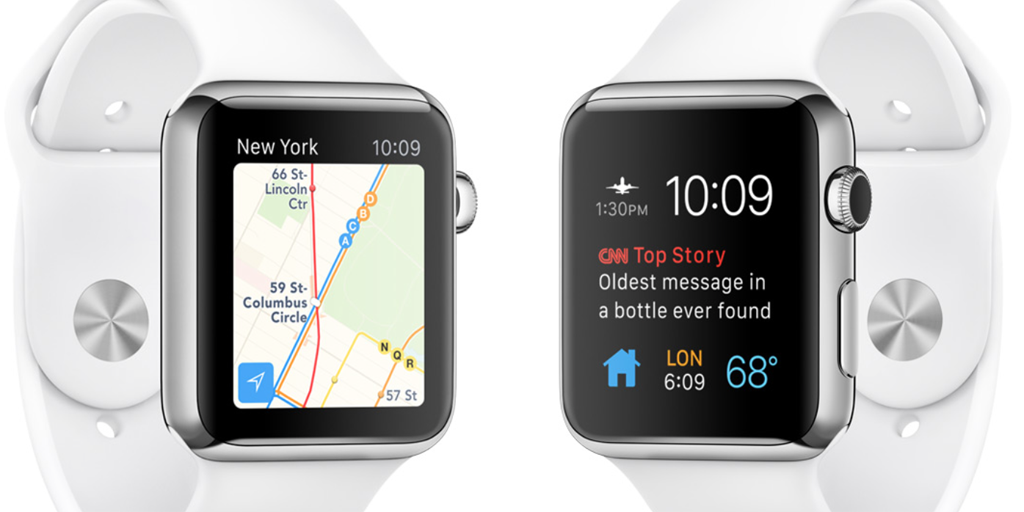 You have to smile at the idea of a conference devoted to discussing the ‘the business of Apple Watch‘ when there’s only one company which knows the real numbers, and that company isn’t telling. But that doesn’t, of course, stop people guessing.

Fortune‘s Philip Elmer-DeWitt helpfully rounded up some of the numbers presented at the Glance conference. Asymco’s Horace Dediu has projected that Apple will hit 21M sales in the first 12 months. Assuming the numbers skew heavily toward the Apple Sport, that gives the company somewhere around $8B in revenue – or more if they don’t. Creative Strategies’ Ben Bajarin believes sales will hit a staggering 100M by 2017.

Some estimated percentages were also presented …

Apple is said to have 80% of the smartwatch market at present, which, if anything, seems like a conservative estimate – though there is a more competition now, and the line between a smartwatch and a fitness band can be a somewhat blurred one these days.

Another figure which also seems surprisingly low to me: 30% of Apple Watch owners weren’t previously wearing anything on their wrist. I personally hadn’t worn a watch for about a decade, and that’s a common factor among most of the Watch owner I know – but mine is a sample admittedly highly skewed toward techies.

In a numbers of claimed myths about the Apple Watch, Horace Dediu said that myth 7 is that the Watch competes with the Swiss watch industry. Mostly, he argues, it’s competing with naked wrists. Some of his other points are stronger than others. Three of them (it’s not for watch lovers, fitness fanatics or techies) essentially amount to my own conclusion about the Watch: it doesn’t have a single killer app, but does a number of things well enough to add up to a gadget which is undeniably useful, if not a must-have.

His strongest argument is the myth that the Apple Watch is off to a slow start.

More numbers courtesy of Fortune: 85% of Apple Watch owners say it has improved their health, with 27% saying they have lost weight. More than 80% were sufficiently impressed with their own use of the Watch to give one as a gift – a number which is likely to rise significantly this month, especially with the deep discounts available.

The full list of Dediu’s myths can be found below.

Myth 1: The Watch is off to a slow start

Apple does not give out sales figures but by tracking the change in the operating segment reported sales we can estimate that between 6 and 7 million units have been sold to date. During the fourth quarter (third since launch) I expect another 6 to 7 million units to be sold. That places the Watch launch at a higher sales rate than the iPhone (3.7 million in three quarters), even with the iPad (14.7 million) and slightly lower than the Mac’s volumes (15 million in the last three quarters, 31 years after launch.) Selling 13 to 14 million  of a new category product, in three quarters, priced at an average of $400 is extraordinary by any measure. Moreover that’s equivalent to over $5.5 billion in revenues that just appeared out of thin air.

Myth 2: The Watch is for watch lovers

The Apple watch was launched with three “tentpole” applications: a Watch, a Communication product, a Fitness product. This means that it is more than any one of these things and perhaps not the best at any of these things. The value of the design is in the tradeoffs it makes. Watch lovers are seeking watches. Let them obtain watches. The Apple Watch is not only a timekeeper. It does not just tell time, it saves time.

Myth 3: The Watch is for fitness fanatics

Myth 4: The Watch is for techies

If it’s not a perfect watch or a perfect fitness tracker then it must appeal only to nerdy early adopters who want to dazzle their friends with gadgets. Sadly, the Watch is not a very good “gadget”. It has a limited set of interactions and is not amazingly feature rich. There are many alternatives that better demonstrate an ability to complicate your life.

Myth 5: The Watch is a luxury product

There is a gold version but that is a rare sight indeed. The data we plan to share suggests that the vast majority get the base model which starts at $350. That places it well outside the “luxury” segment. But we should think again. Price does not make luxury. What makes luxury differs by buyer. Not having to dig out a phone from a pocketbook while driving may be many people’s idea of luxury.

Myth 6: The Watch is fashionable

Technology and fashion are contrary opposites. One requires function, the other treats function as failure. Just like price does not make luxury, fashion does not determine style.  All the Watch can do is not mess up your personal style. If it tried to be fashionable it would have a shelf life of three months.

Myth 7: The Watch competes with the Swiss watch industry

Myth 8: The Watch has a weak battery

I’ve never gone a day with less than 50% battery remaining. Since we need to recharge ourselves once a day, the watch conforms to our biology. Unless you sleep far away from a source of electric power, the Apple Watch has enough battery life.

Myth 9: The Watch is fragile and not waterproof

Don’t hit it with a hammer. Don’t worry about taking a shower with it on. Look for something else if you’re going into combat. The only valid concern is that it will not work with non-conducting gloves on.

Myth 10: The Watch is an iPhone accessory

Actually this is not a myth. But it will be.

Myth 11: You can’t do much with the Watch

You can do a lot less with a naked wrist. Some of the things I did with it in 24 hours are shown in the image above. My other wrist, which was naked, could not do any of these things. As far as I’m concerned, the watch is just killing the competition.